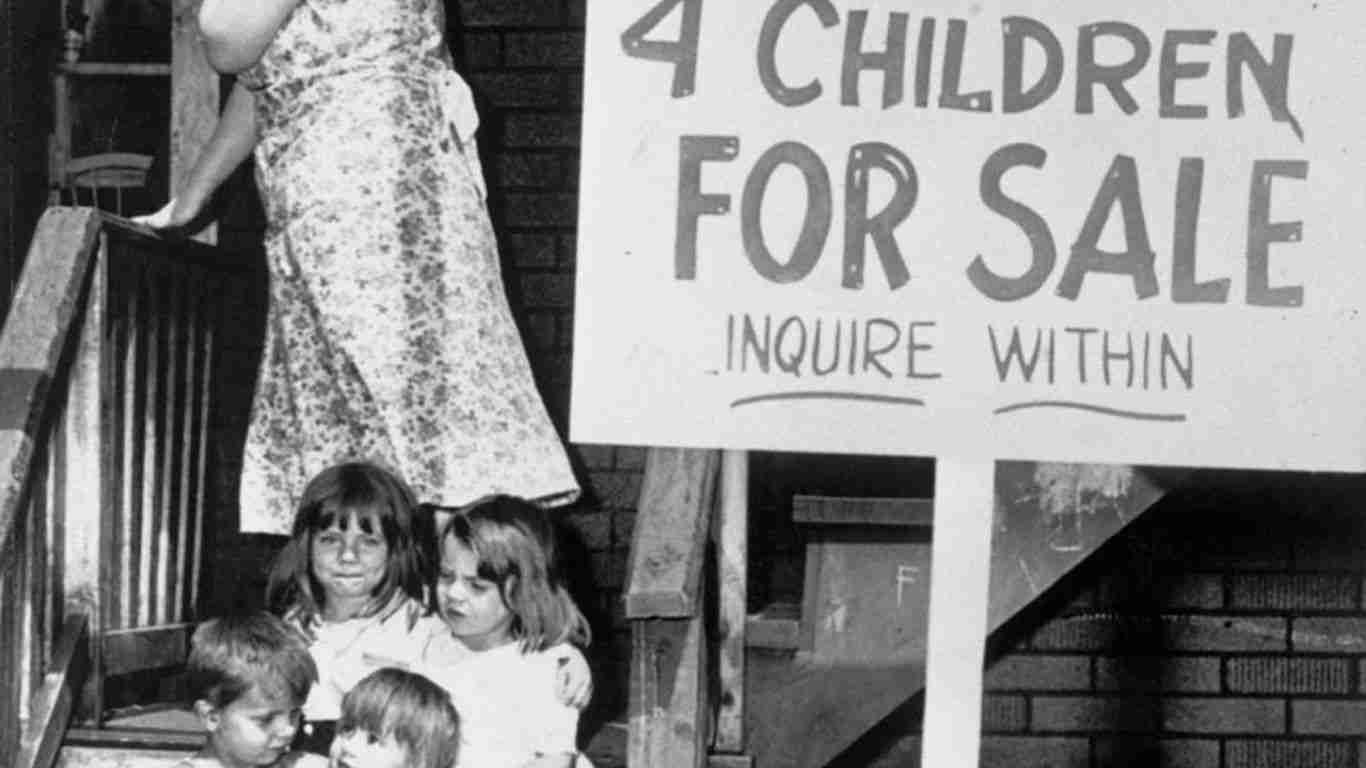 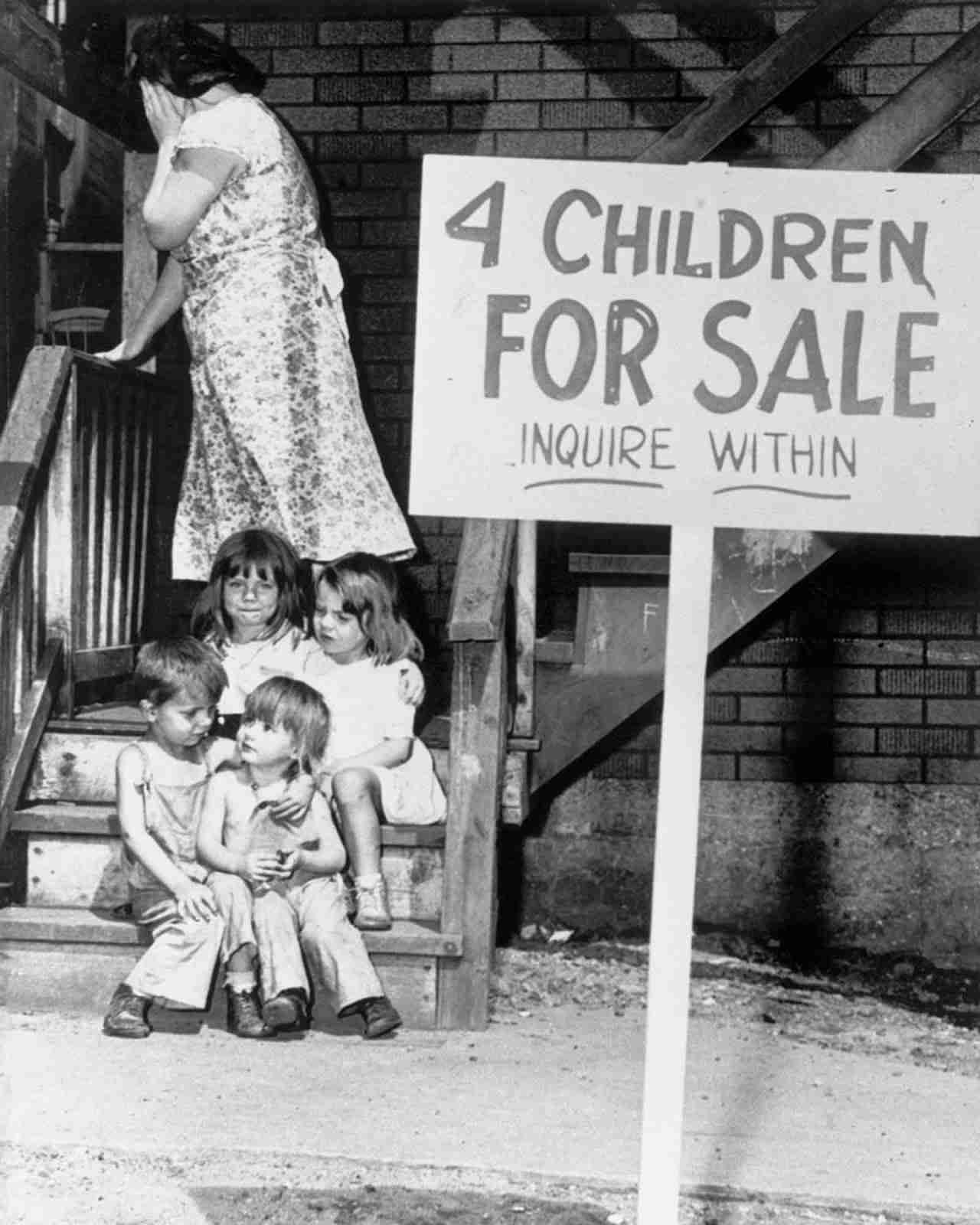 On August 5, 1948, the image debuted in The Vidette-Messenger of Valparaiso, Indiana. As their expectant mother covered her face for the camera, the kids appeared staged and slightly bewildered.

A large “For Sale” sign in a Chicago yard mutely conveys the tragic tale of Mr. and Mrs. Ray Chalifoux, who are about to be evicted from their apartment, according to the picture’s caption. The unemployed coal truck driver and his wife decide to sell their four kids because they have nowhere else to turn. While her kids watch in awe, Mrs. Lucille Chalifoux turns away from the camera overhead. Lana, 6, and Rae, 5, are seated on the top rung. Milton, 4, and Sue Ellen, 2, are shown below.

Although it may have been part of the plot, family members reportedly accused the mother of being paid to stage the photo. Sadly, she was very serious about selling her kids. The baby she was carrying at the time and all of the children’s images were sold off to various families within two years.

(Left) Sue Ellen and her sister RaeAnn Mills reunited at Chalufoux’s home in Hammond. (Right) RaeAnn Mills holds the dress she was sold as a child. It is the only physical item she has from her time with her birth mother. Photos were taken in 2013.

On August 27, 1950, RaeAnn Mills and her brother Milton were sold to the Zoeteman family. Although their birth mother’s situation was severe, they were given the new names Beverly and Kenneth, and their new home wasn’t much of a salvation.

They were frequently forced to spend long hours in the field while chained up in a barn. Milton recalls his new father figure referring to him as a “slave,” a term he accepted because he didn’t know what it meant at the time.

While David, who was in his mother’s womb at the time of the photograph, was legally adopted by Harry and Luella McDaniel, who lived nearby, it appears that RaeAnn and Milton were never formally adopted by their abusers.

David recalls riding his bike to visit his brothers and unchaining them before returning home. He claims his adoptive parents were strict but caring and supportive.

RaeAnn left home at 17, not long after going through a terrible experience. She was abducted and raped as a young adolescent, leading to a pregnancy. When she returned from being sent to a shelter for pregnant females, her child had been adopted. 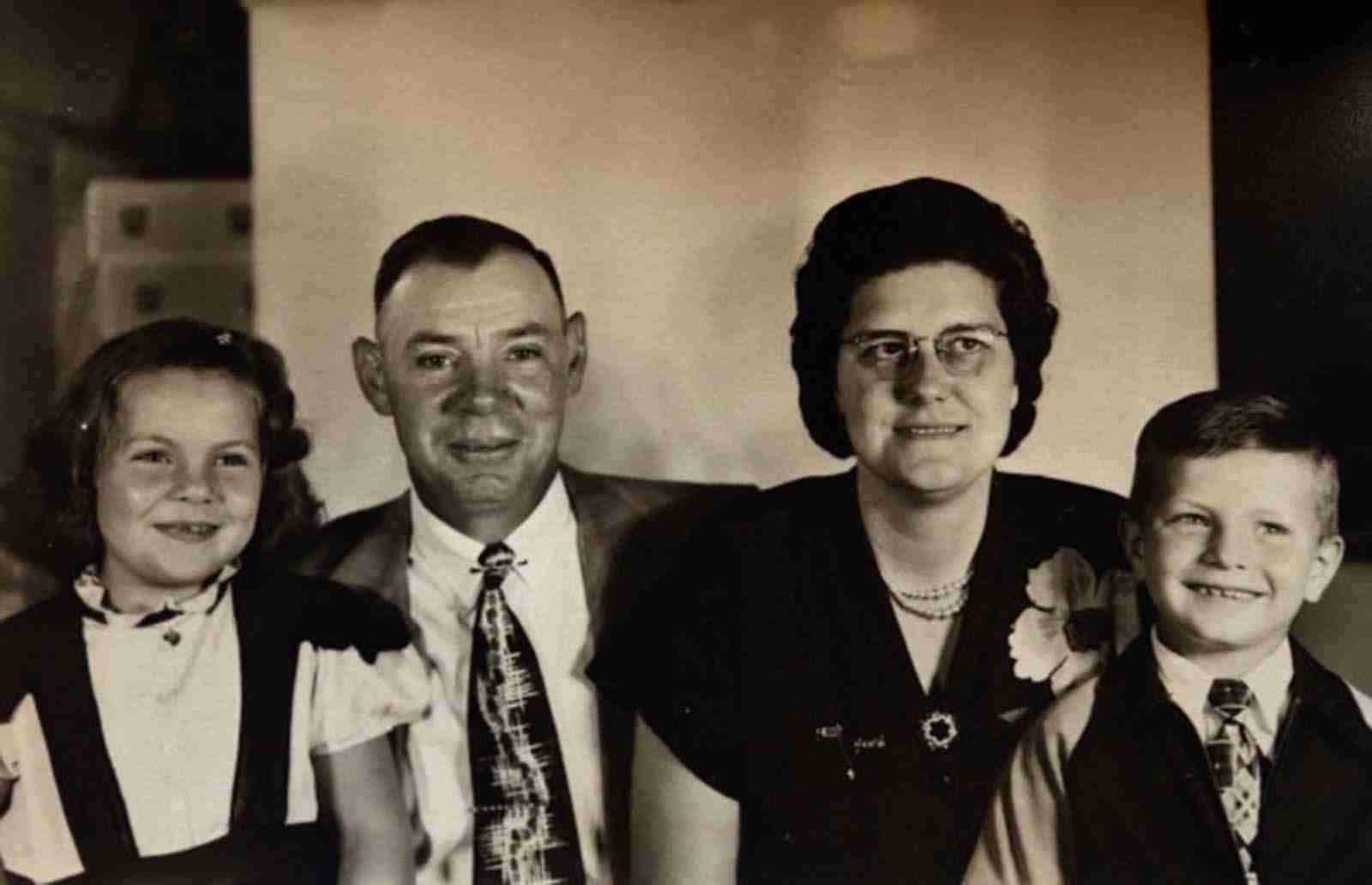 RaeAnn Mills (left) and her brother Milton (right) were sold to the Zoeteman family.

As Milton became older, he developed violent rages in response to malnutrition, beatings, and mistreatment. He spent several years in a mental hospital after being forced to choose between that and a reformatory because a judge assessed him as a danger to society.

The siblings re-connected with Lana and Sue Ellen over social media years after they had no idea what had happened to them. Sue Ellen Chalifoux was still alive even though Lana had passed away from cancer in 1998.

Sue Ellen grew up in the East Side area of Chicago, not far from her original residence. Regarding her biological mother, she feels that “she ought to be in hell burning.”

After selling or giving away her five children, the woman in the photo remarried and gave birth to four more daughters. She was reportedly utterly devoid of love for her ex-children and showed no remorse for letting them go when her other children ultimately visited her.

David McDaniel defended his mother’s aloofness by claiming it was a sign of a harsher world. When my mother first saw me, she exclaimed, “You look exactly like your father,” “McDaniel said. She never expressed regret. The focus then was on surviving. Who are we to judge? Humans are what we are all. Everyone makes errors. She might have been considering the kids. She did not want them to pass away.

Milton saw things differently, saying, “My birth mother, she never did love me. She made no remorse for selling me. She didn’t care because she detested me so much.

Have you ever wonder, ” Who your pet is?” These 19 portraits show how dashing their inner beauty is?