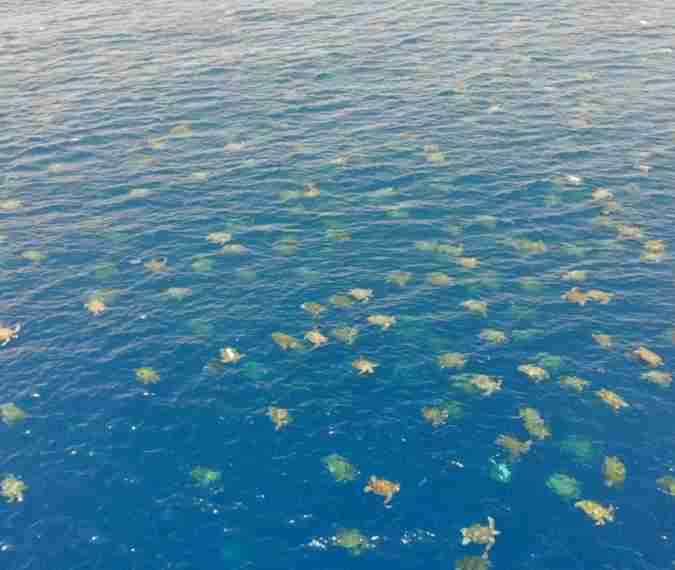 While people are quarantined, Mother Nature is showing her strength.

In recent days, an impressive video has gone viral on the internet. Researchers were able to measure the population of green sea turtles on an island in the Great Barrier Reef in a novel way.

Scientists from the Raine Island Recovery Project, in particular, were able to determine the number of these animals that take refuge on the island at 64,000 by recruiting drones and painting part of the adult turtle shell with white, non-toxic paint.

The Guardian reports that this figure could be 1.73 times higher than previous estimates.

The drone footage was taken over Raine Island by a group of researchers from Queensland’s Department of Environment and Science (DES), which is also home to the world’s biggest breeding colony of green turtles.

The adorable green turtles can be seen in the video floating on the surface of the island’s surrounding waters, which are a vivid blue.

However, this video may be slightly misleading.

Although it might seem that turtle populations are booming, researchers explain that these little guys are in danger.

Funny Photo Collection of Straight Men With Beards Will Make You Laugh Out Loud!