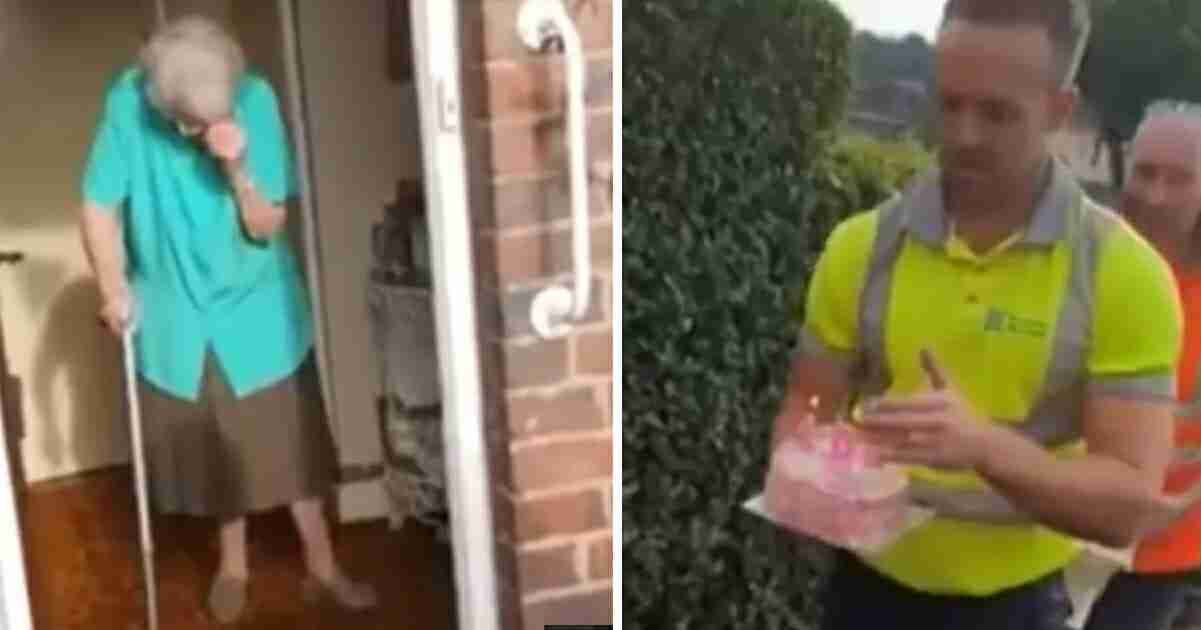 I don’t know about you, but as I age and the years go by, I can’t help but believe that certain good things about society seem to have been lost in the sands of time.

People frequently discuss the concept of respect. Not just our parents but also teachers, police officers, nurses, and farmers, among others, deserve our respect.

But I believe that a sense of love and camaraderie in my youth is what I miss the most. To properly characterize it, I might say that it is the sensation that those who reside in the same community, be it a metropolis, a small town, or even a village, almost merge into a single large family.

To put it another way, when I was younger, I knew the names of every person who lived on my block. Nearly every home on the street would invite me inside. I greeted the milkman and the mailman whenever they passed by, and I could play outside until dusk with confidence that all of the grownups who lived around my parents’ home would watch out for me. 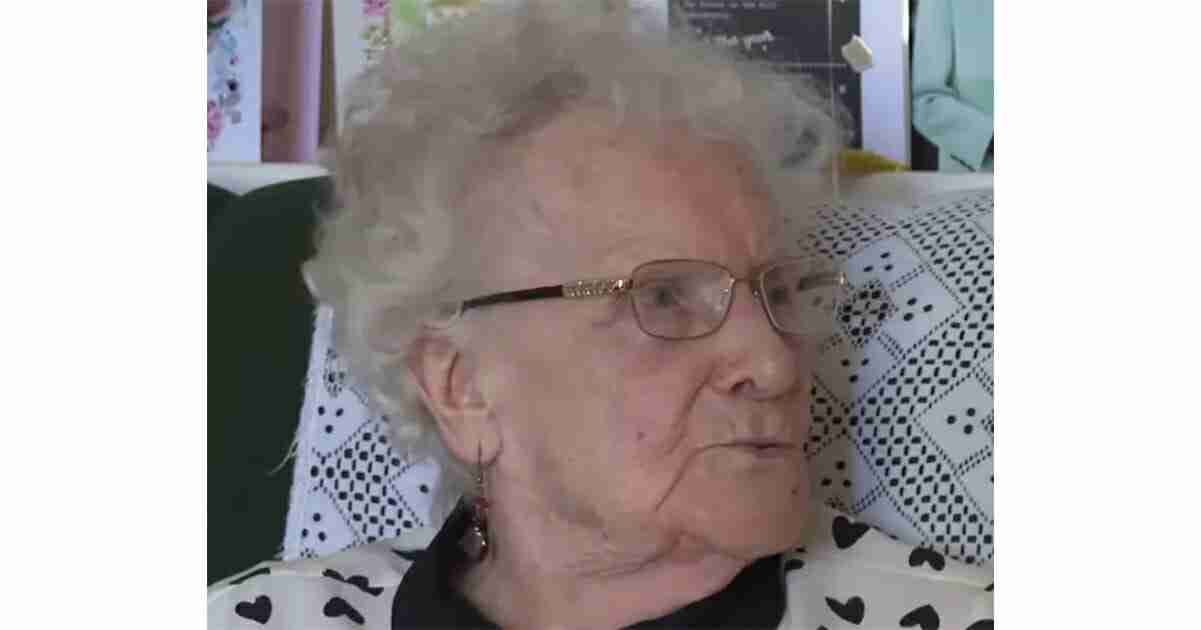 Sure, there are still close-knit communities like that, but as terrible as it is to say, they are a disappearing breed.

Because of this, tales like this one do a lot to warm my heart.

Ben Bird has a long history of working as a garbage guy in the UK’s Midlands. Because of the nature of his work, he frequently interacts with members of the public while taking care of the same properties, so while doing his rounds, he naturally sees many of the same people. But there was always one person with whom he preferred to spend more conversation.

As Ben stated, talking to retired Mercy Ballard was the best part of his week.

Ben reportedly took care of Mercy’s trash every Thursday, and ultimately, the two started talking. It turned out to be the start of a strange friendship.

Where is my favorite woman? Mercy would answer Ben’s question by opening the door so they could speak.

He continued, I empty the trash, come back up, and then we have ten minutes to talk. 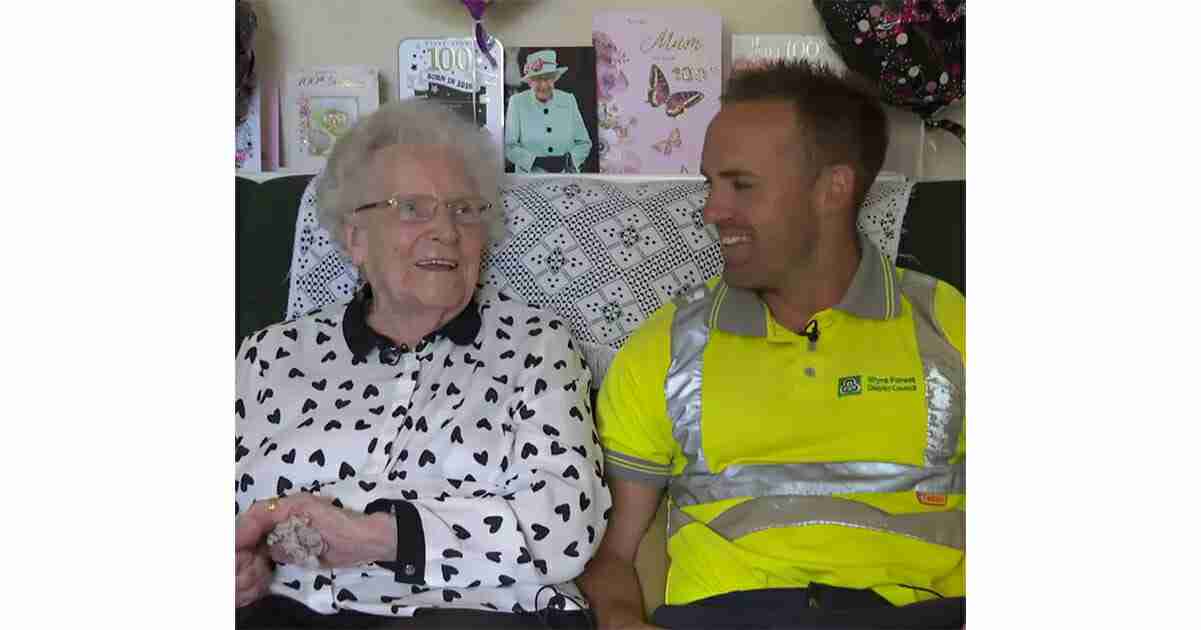 Mercy disclosed that she was in her 90s during one of these “talks” of that nature. On the spot, Ben informed her he was excited to sing her Happy Birthday when she turned 100.

The years went by, and they kept having weekly chats. Fortunately, Mercy’s health improved, and she revealed one day that she was approaching her 100th birthday.

Being a man of his word, Ben recalled his commitment to Mercy. But he also decided to go one step further and prepare a small surprise for her.

Ben went to a nearby bakery on Mercy’s 100th birthday and picked a cake to deliver to his dear friend. To commemorate Mercy’s enormous accomplishment, he even lit candles on it! 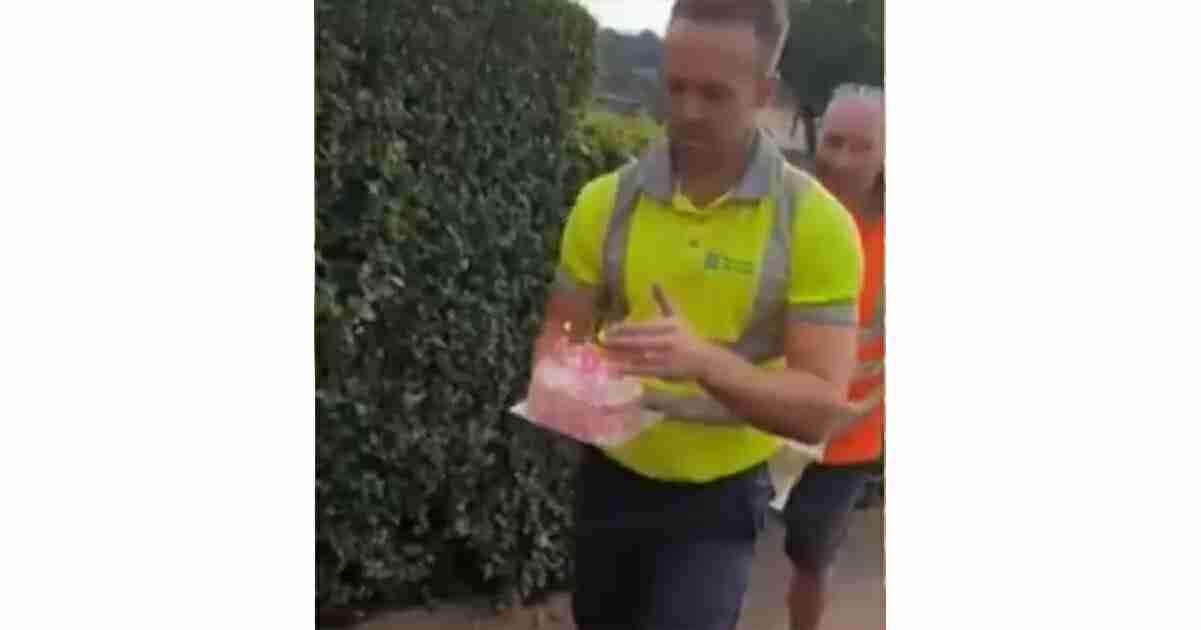 Mercy awoke to see Ben and several of his coworkers at her door with the cake on the morning of her birthday. They started singing her Happy Birthday when she went outside to welcome them.

Mercy started crying because she was so moved.

Fortunately for us, one of Ben’s fellow garbage men captured the heartbreaking gesture on camera. It may be no surprise that the video was a tremendous hit online, receiving over four million views on YouTube! 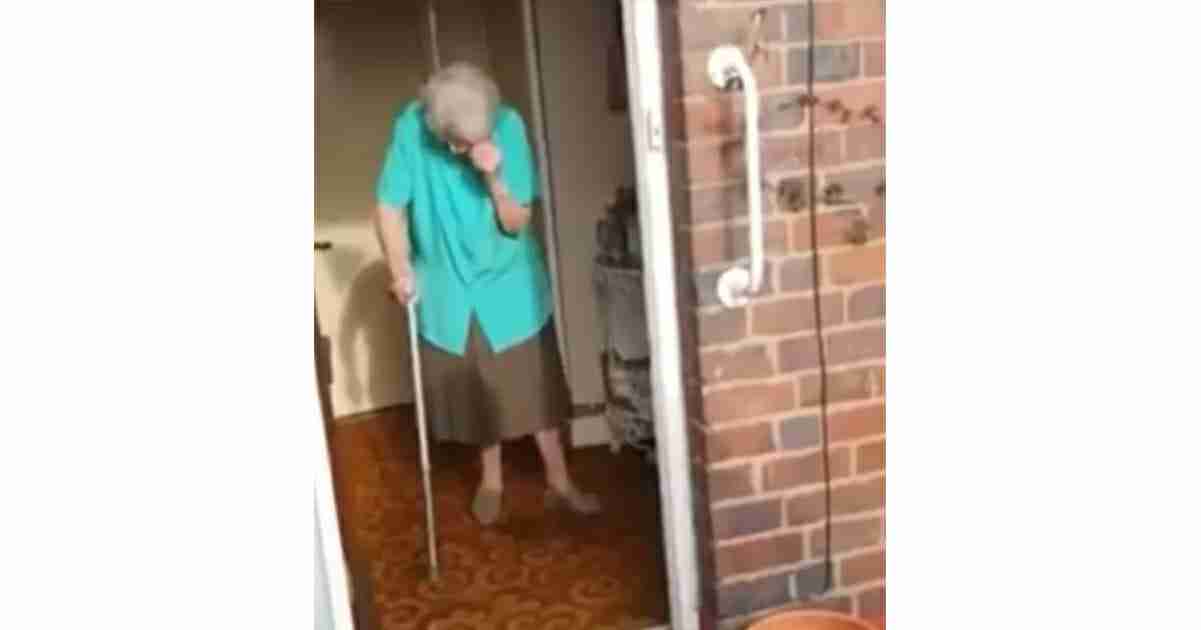 TV teams visited Mercy’s home to interview the two on her sofa after hearing about Ben’s kind gesture. Even Queen Elizabeth sent a birthday card to the recently turned 100-year-old.

There aren’t many young men that show interest in an older woman; Mercy said ITV News. He’s such a sweet young man. I don’t know about you, but I like Mercy and Ben’s friendship!

I believe the world could use a bit more positivity, and often the tiniest actions may have the most profound effects.

Mom of 5 Feeds 3 Lonely Boys She Found, ‘Are You Our Mommy Now?’ They Ask Her

Man Thinks He is Watching Wife’s Last Moments After Taking Off Life Support Till She Says, “Get Me Out of Here.”