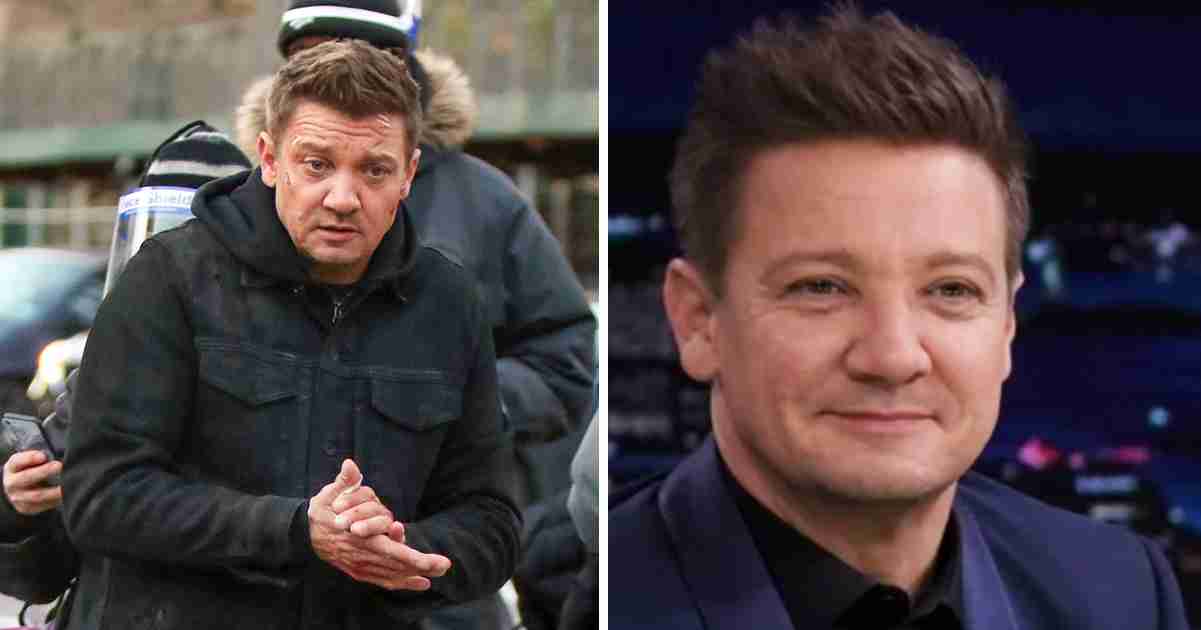 Hollywood actor Jeremy Renner was injured in a snow plow accident that occurred due to weather, and he is now in the hospital in a “stable but critical” state.

The 51-year-old was reportedly evacuated to the hospital following the incident, which is alleged to have happened while he was “plowing snow.” The actor’s agent told Variety, “We can confirm Jeremy is in critical but stable condition with injuries sustained after encountering a weather-related mishap while plowing snow earlier today.” “His family is by his side, and he is getting first-rate care.” 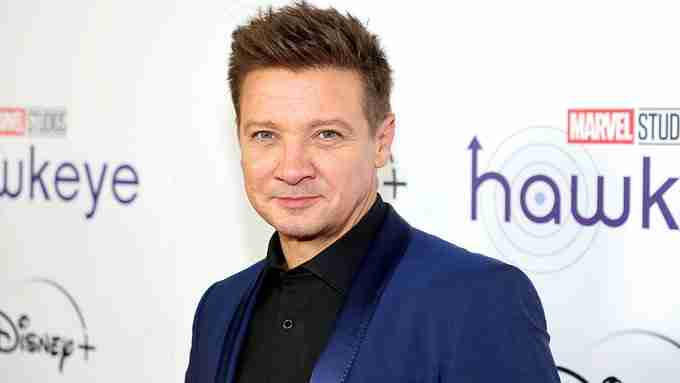 Although the precise site of Renner’s accident hasn’t been officially confirmed, reports claim that Renner had owned a residence in Washoe County, Nevada, for some years. On New Year’s Eve, the area saw considerable snowfall as a result of a storm.

The actor, who is well-known for his work in movies like American Hustle, The Hurt Locker, and Mission Impossible: Ghost Protocol as well as his role as Hawk Eye in the Marvel Cinematic Universe, only recently posted a video of himself operating a 44 vehicle in the snow.

According to reports, the aforementioned storm that hit on New Year’s Eve caused thousands of households in northern California and some areas of Nevada to lose power.

Renner is renowned for going above and above to support his neighbors, and he has often shown that he has a kind heart.

The four-part Disney series Rennervations, in which the actor, 51, strives to assist local communities by recreating special purpose-built vehicles to suit the region’s needs, will star the actor. 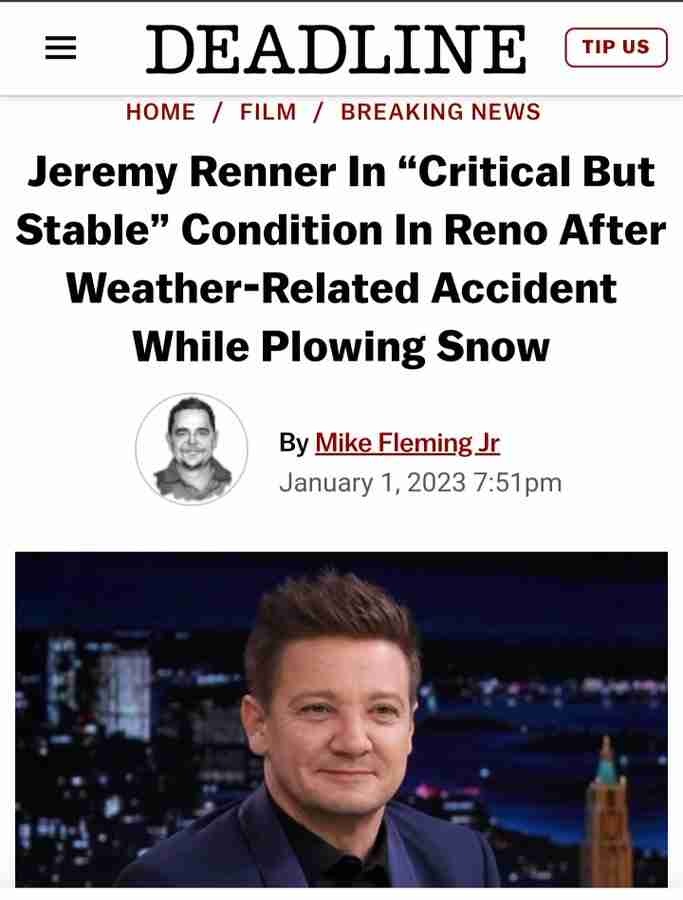 The actor is still in the ICU, but his condition is stable, according to the most recent information. To address the wounds he received as a result of his accident, he had two surgeries.

Actor Jeremy Renner suffered severe injuries as a result of a snowplow accident caused by the weather.

The “Hawkeye” star underwent surgery on Monday after suffering from “blunt chest trauma” and “orthopedic issues,” according to his rep, who spoke to NBC News. He continues to be in critical but stable condition in the intensive care unit.

The Carano and Murdock families, Truckee Meadows Fire and Rescue, Washoe County Sheriff, Reno City Mayor Hillary Schieve, and the amazing doctors and nurses caring for Jeremy are all thanked by Jeremy’s family. They are also incredibly moved and grateful for all of the love and support from his admirers.

According to TMZ, the “Avengers” star was taken to the hospital when his snowcat, a plow he used to clear the road near his Tahoe house after a significant New Year’s Eve snowfall, apparently ran over one of his legs.

“As of right now, we can report Jeremy is hospitalized with injuries sustained after having a weather-related accident while shoveling snow earlier today. His condition is serious but stable. His family is by his side, and he is getting first-rate care, according to a statement his representative provided to NBC News on Sunday.

According to a public information officer for NBC News, the Washoe County Sheriff’s office was summoned to Renner’s residence outside Reno early on Sunday morning.

The “Marvel” actor has already uploaded some videos and pictures to his social media platforms that depict winter weather. One Instagram video from two weeks ago, with the description “pave new routes, holiday experiences,” features Renner operating a snow plow.

A week ago, a different video was posted with the caption, “Nearly done with sledding hill for the kids,” which showed snow being plowed.

Access Hollywood chatted with him about his preparation for the renowned superhero in November 2021.

Gigi Hadid Became Pregnant At The Peak of Her Career, Refused Babysitters, and Raised Her Daughter on a Farm By Herself