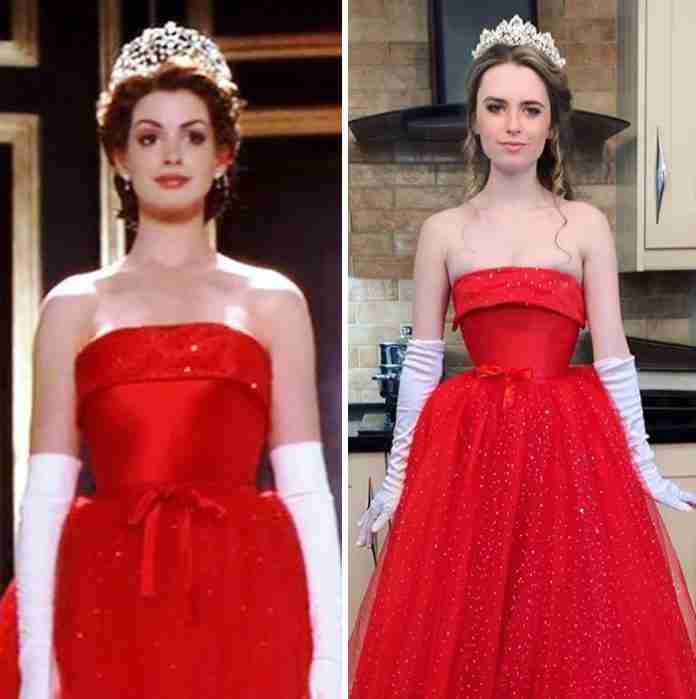 People’s childhoods were influenced by Disney and other popular fairy tales, particularly in the United States. As youngsters, we all listened to bedtime tales about mythical princesses, which we thought were fantastic. Disney brought to life an age of fairy tales, elevating entertainment to new heights, and he set the groundwork for many of the contemporary fantasy film productions that have followed.
Everyone adored the lovely princesses and their looks, especially after all the adventures, castles, and magic they had experienced. Every young girl wished she could be a princess whenever she chose an outfit since fashion components were beautiful.
Like everyone else who is a fan of these Princesses’ costumes, this artist wanted to put her creativity and talent to the test by creating something entirely new. ‘Valentine Moon‘ is the name of this beautiful artist who has taken sewing seriously as an interest, and she has recreated some of the most beautiful Princess costumes ever created. She has done this because of genuine affection for the fairy tales and the people in them, which she still enjoys.
During the pandemic lockdown, when everyone was bored at home, she came up with these concepts. After seeing several dressmaking videos and articles on the internet, she decided to put her newfound passion to the test. To my surprise, it turned out to be a rather profitable venture.
Even though she recreates the costumes of characters featured in Disney and pop fairytales, she does not replicate their designs. She is inspired by the gowns and incorporates her personal touches into the designs while creating them. 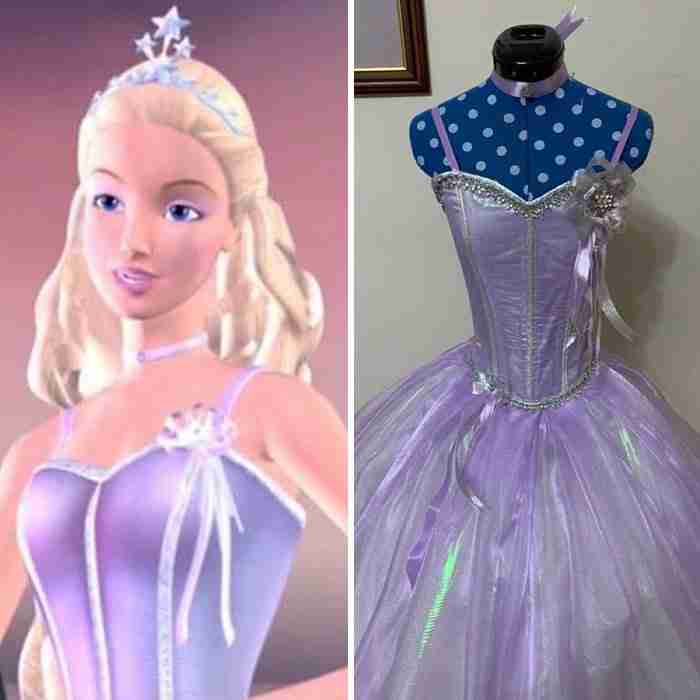 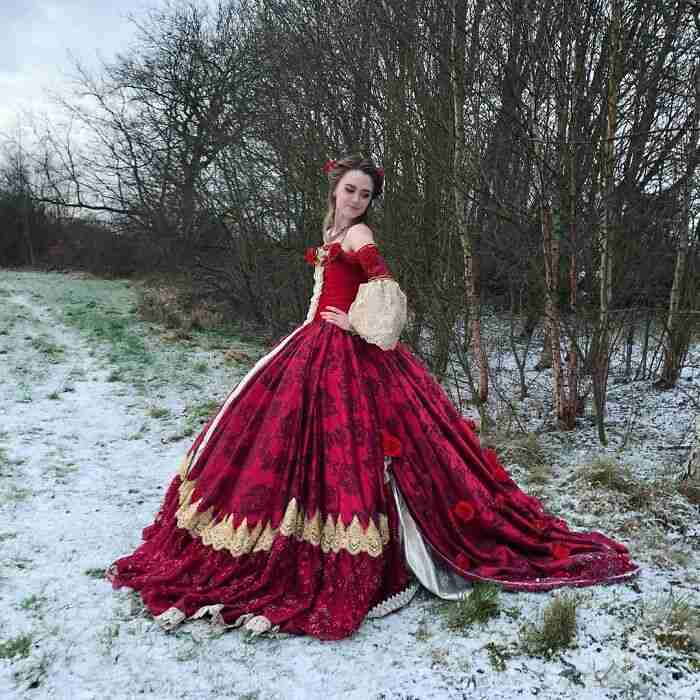 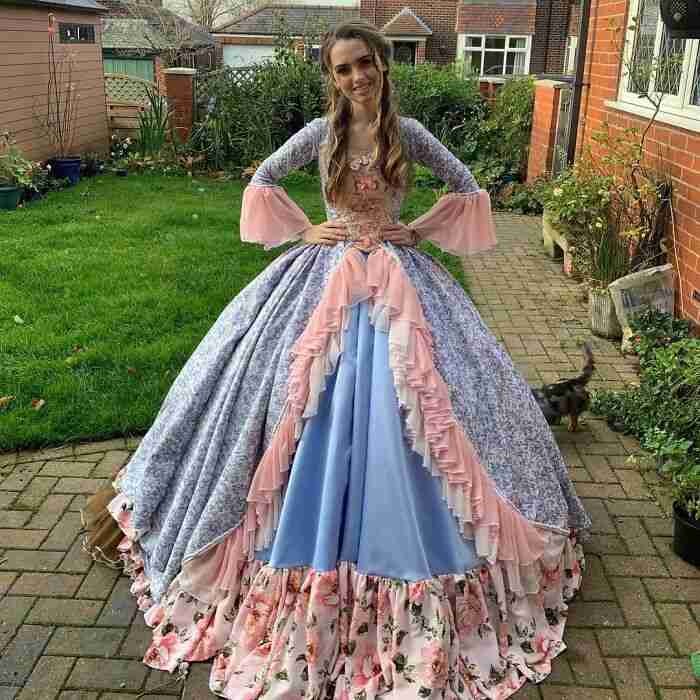 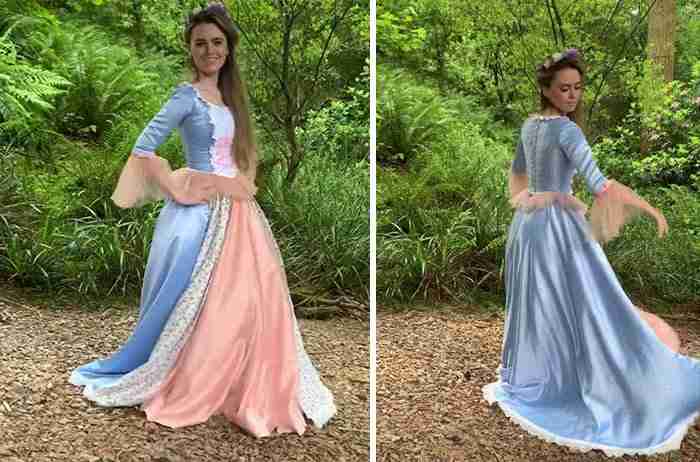 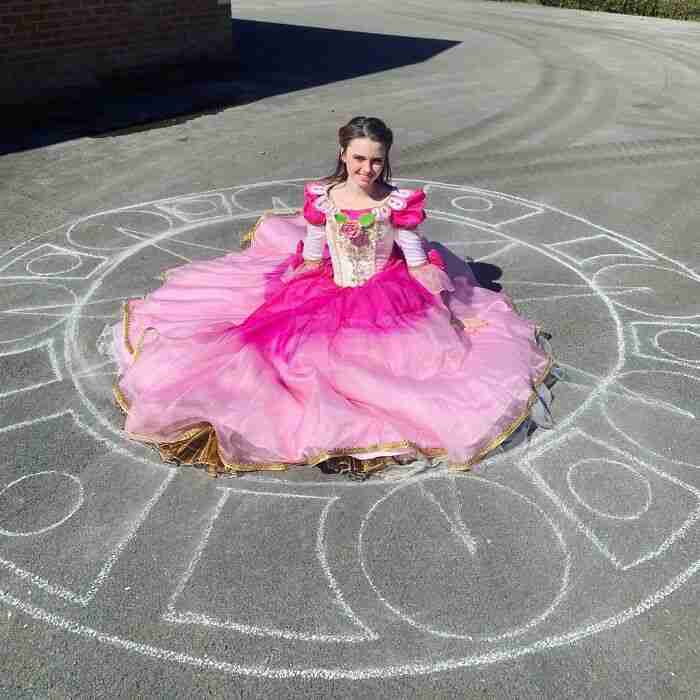 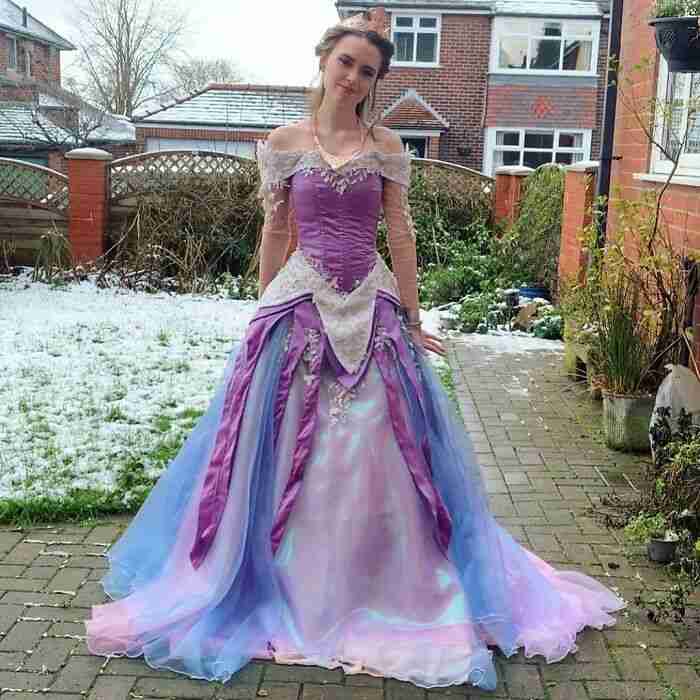 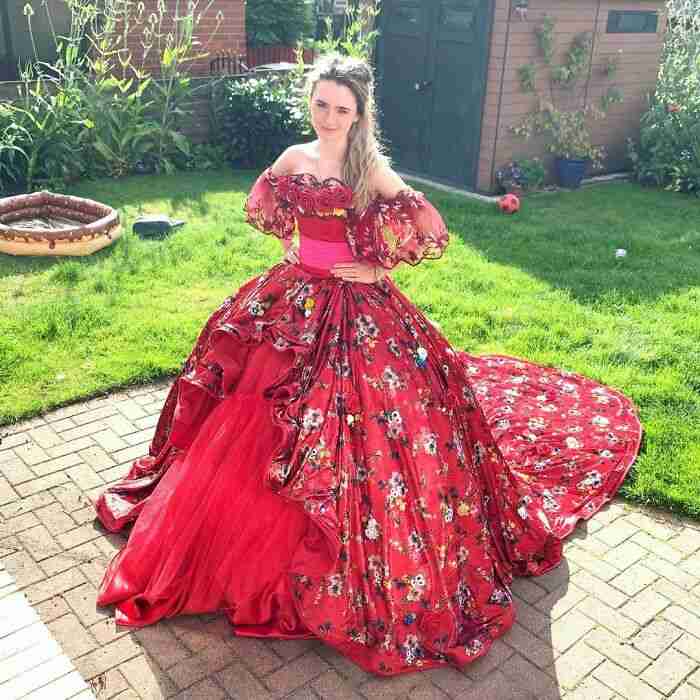 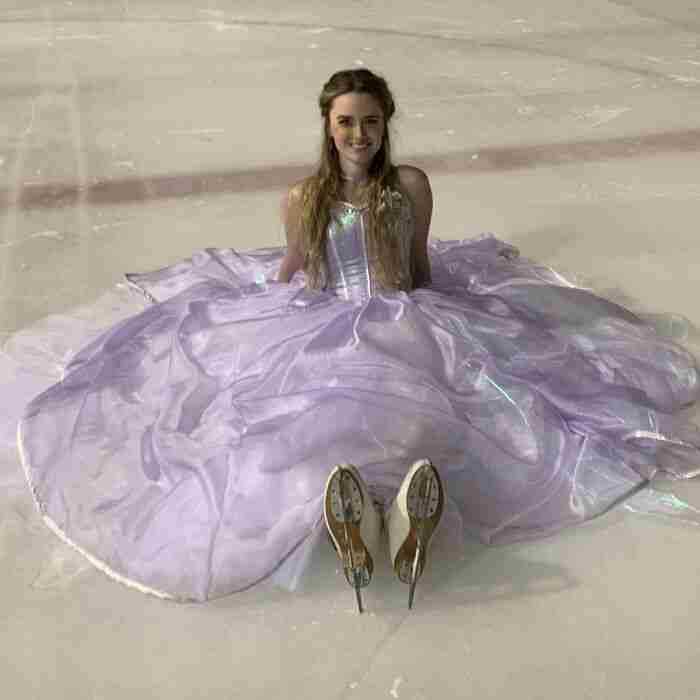 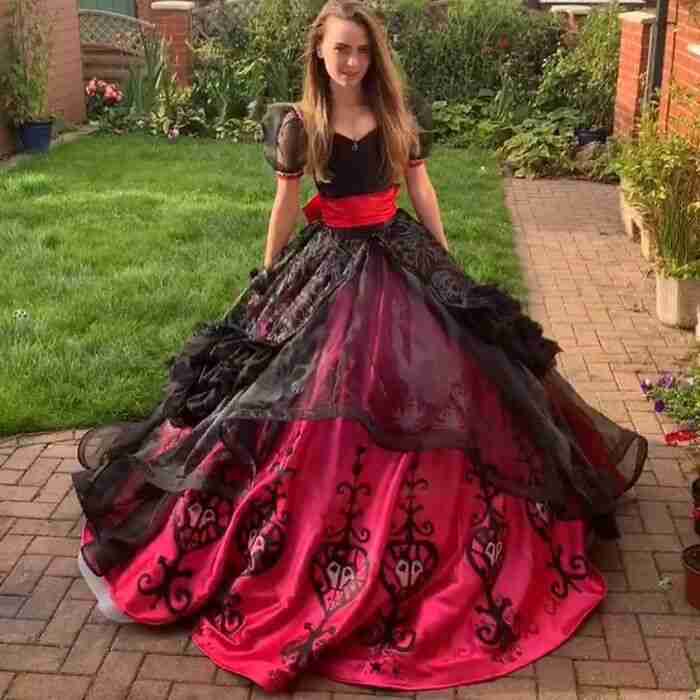 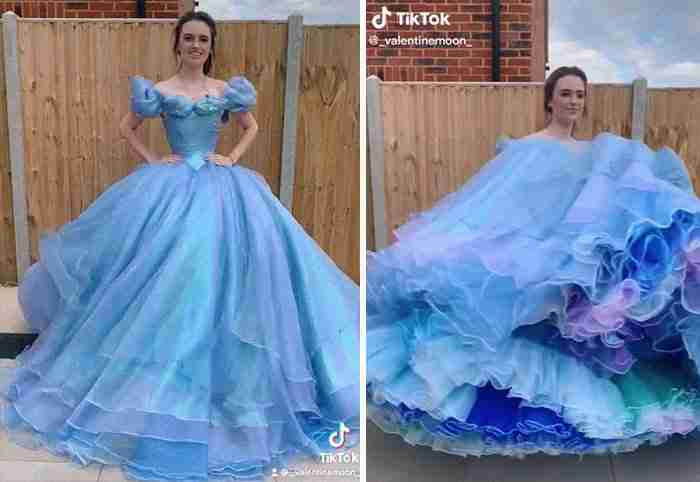 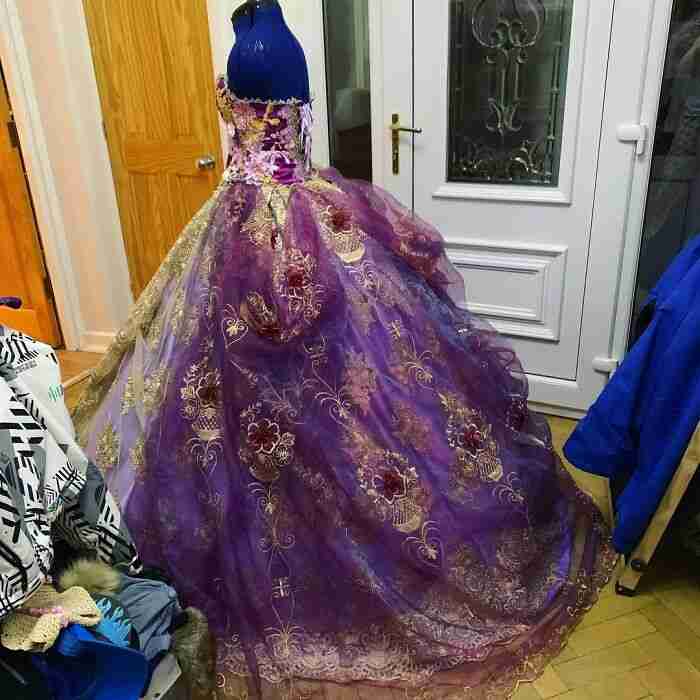 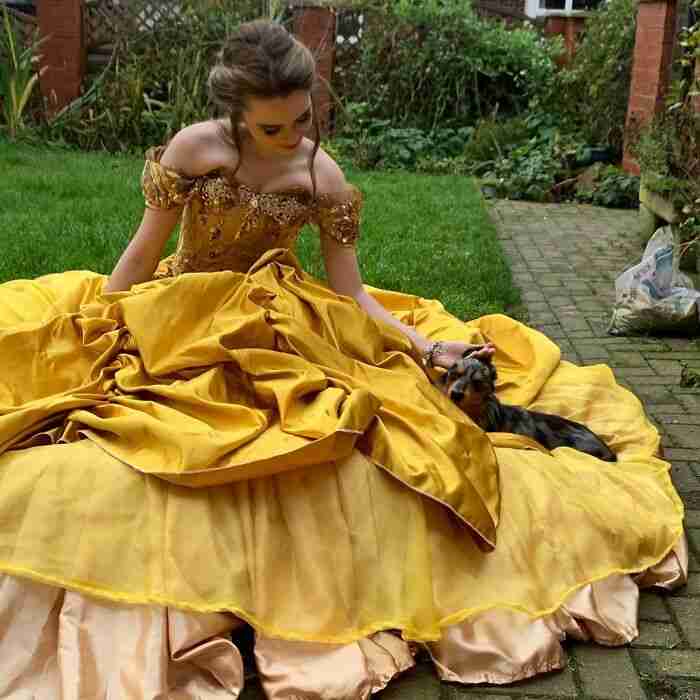 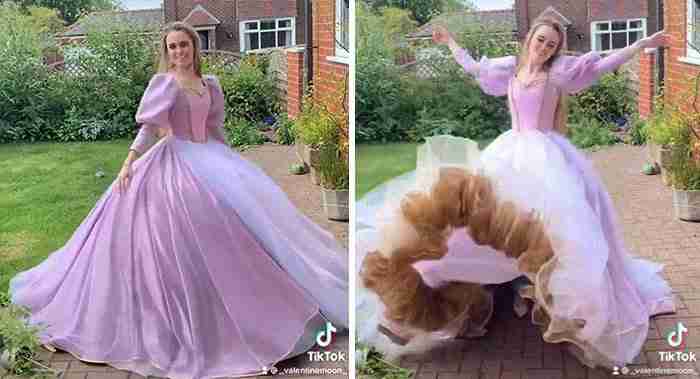 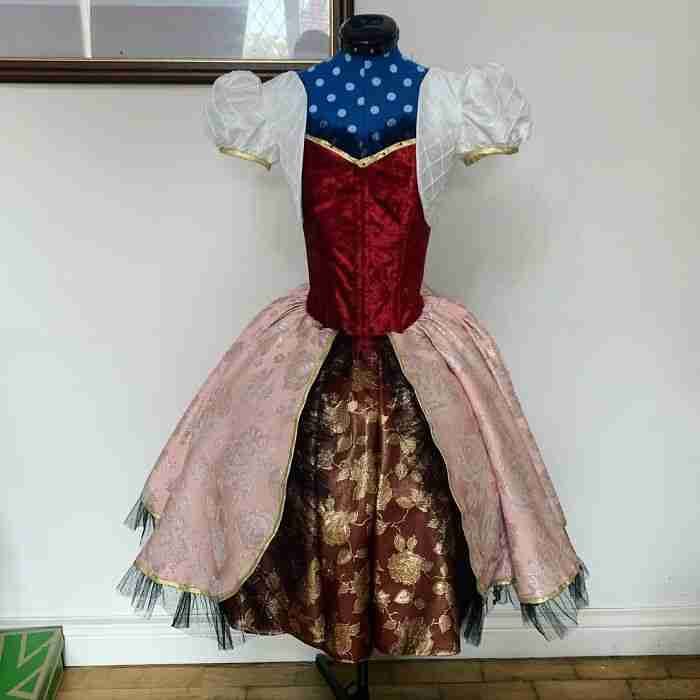 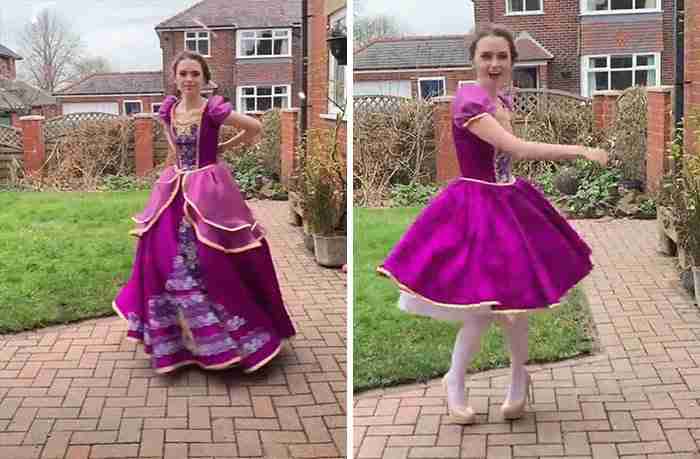 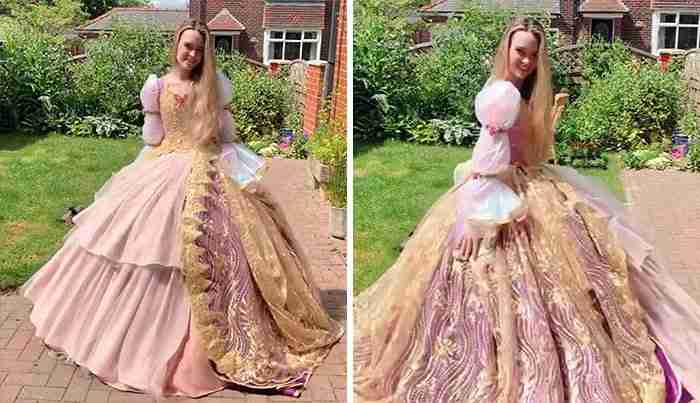 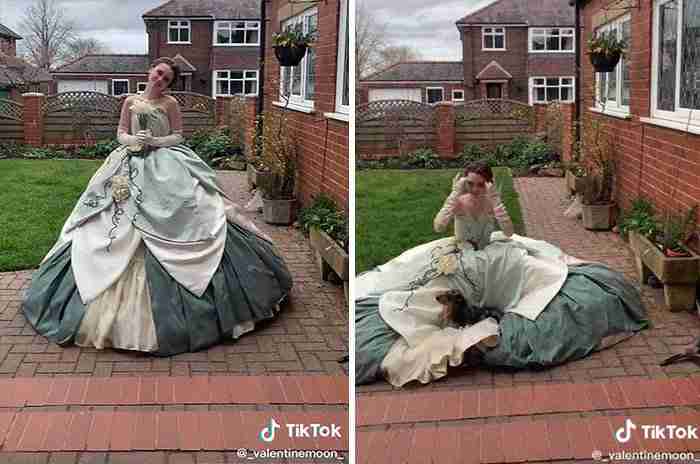 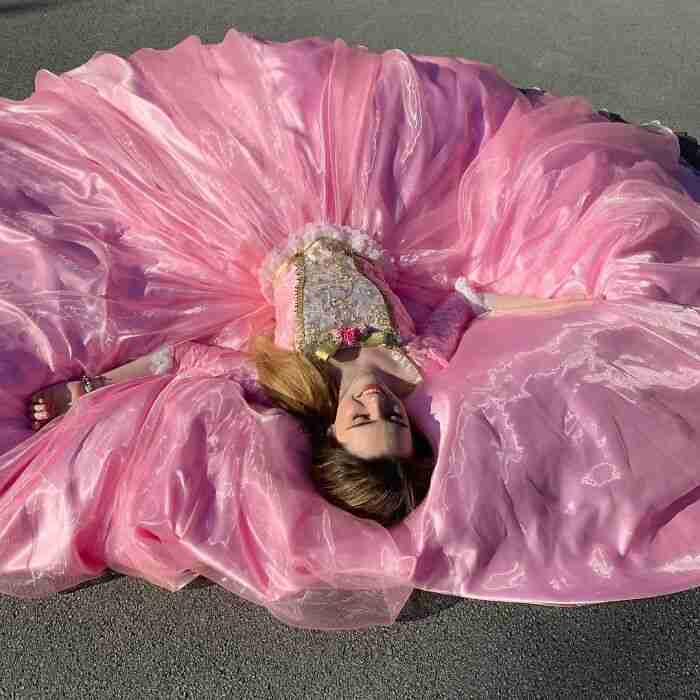 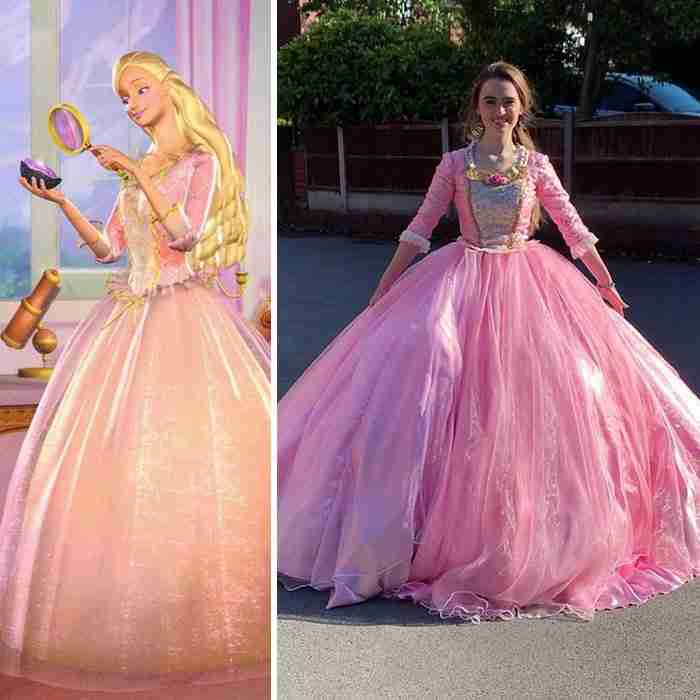 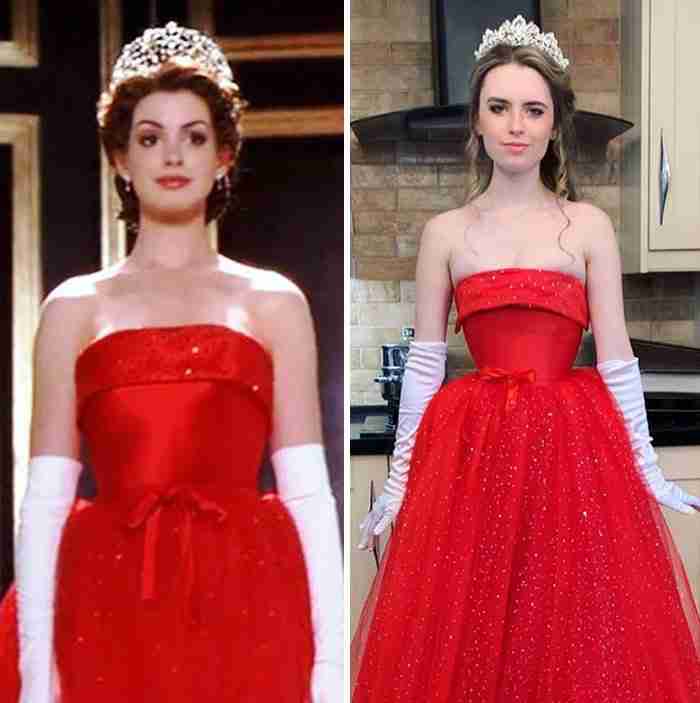 Moana’s style was light and breezy, much like her personality. Despite living on a remote island with limited resources, she created a stylish outfit with her patterned tube top and straw skirt. Moana likes to dress composedly, yet she can change her whole look into the most fashionable of them all if given a chance.
Ariel’s fashion style was extravagant while being approachable to everyone. With her signature shell top, which she later adapted into several stylish outfits. Essentially, if you are Ariel, you have the power to construct anything.
Mulan’s fashion style, like her attitude, was tomboyish and laid-back. Even as a child, she refused to bake her face in cosmetics or wear form-fitting clothes, but she was always ready for a challenge, especially in the wardrobe field. If you are Mulan, you have beautiful features and a lovely physique, yet you like to wear loose-fitting, easy-to-move clothes.
Merida’s fashion style straddled the line between rebelliousness and demureness. She was opposed to corsets and too feminine clothes, preferring to incorporate her unique personality into her outfits rather than following fashion fads. Instead of adhering to princess norms and wearing fitted gowns, she decided to dress in a manner that reflected her individuality. If you are Merida, you like to dress whatever you want regardless of the constraints and are unafraid of other people’s judgmental views.
Aurora had an exquisite sense of style ladylike, attractive, and elegant, and she wore it brilliantly. She astonished everyone with her gorgeous beauty and off-shoulder gowns, and she had an uncanny ability to capture them all. If you are Aurora, you utilize your clothes to express yourself when you are unable to do it verbally. You like dressing up in those beautiful gowns designed to hide your real identity.
Belle’s fashion sense is sophisticated and trendy. Despite her limited finances, Belle has created a plethora of beautiful outfits, and she favors monochromatic ensembles over more colorful ones. If you are Belle, you like wearing flashy clothing that reflects light at you, but you are also aware that you must sometimes work with more modest outfits and make them seem spiffy.
Rapunzel’s wardrobe was inspired by flowers, pastels, and antique designs. Her hair and other embellishments took precedence over her attire, which comprised only of a purple puff-sleeved corset and a matching long skirt for the event. If you’re Rapunzel, you love personalizing your clothes and drawing influence from vintage fashion or your mother’s wardrobe to create your edgy style.
Snow White, despite her advanced age, had a young and refined sense of style. Her graceful attitude enabled her to embrace her regal clothing fully. If you’re Snow White, you hate the prospect of being dirty and feeling unappreciated. You can elevate any garment, but you have chosen to dress in urbanely beautiful yet basic clothes.
Pocahontas’s fashion sense was a fusion of classic and modern styles. She fought bravely in a short dress embellished with feathery ropes to match her tribal appearance, as well as feathery ropes in her hair to match her tribal appearance. As Pocahontas, you are unconcerned about exposing too much skin and delight in blending disparate cultures to create a unique style.

Tiana’s fashion style was rich and excessive to the point of being ridiculous. Her one-of-a-kind flowery cut-out gowns, which glowed even in the middle of the day, were avant-garde for the fashion industry. If you’re Tiana, you like wearing high-end brands and are also one of the industry’s most stylish and poised fashion designers.
Jasmine’s fashion style was at once flamboyant, rebellious, and classic. She blended many unique styles and created a variety of ensembles, including harem pants and off-the-shoulder blouses. In her fusion outfit, which featured matching headgear, she seemed ethereal. You like embracing your culture while infusing it with a contemporary flair if you’re anything like Jasmine. You have an uncanny ability to pull off edgy and unconventional clothing with ease.
Cinderella’s style is refined, polished, and complex, much like her character. Despite being born into a family of mermaids, Ella has always had an affinity for high-end products and extravagant dress combinations. If you are Cinderella, you know how to put on a show with your best garments and like accessorizing with flashy accessories and high-heeled shoes to complete the appearance. You can work as a model without experiencing any difficulties.