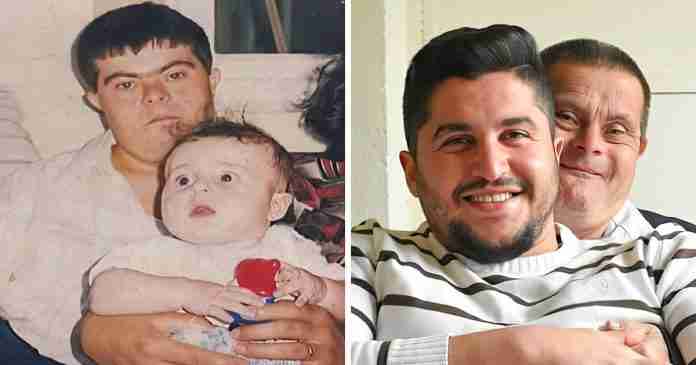 One of the many widespread myths regarding persons with Down syndrome is that they are incapable of having children.

However, according to the Global Down Syndrome Foundation, males can also become fathers in rare circumstances.

Women with illnesses can also successfully give birth to children.

One of them is Jad Issa, a Syrian guy with Down syndrome. Sader was born to him and his wife, and they raised him to become a dentist, demonstrating the strength of unselfish love. 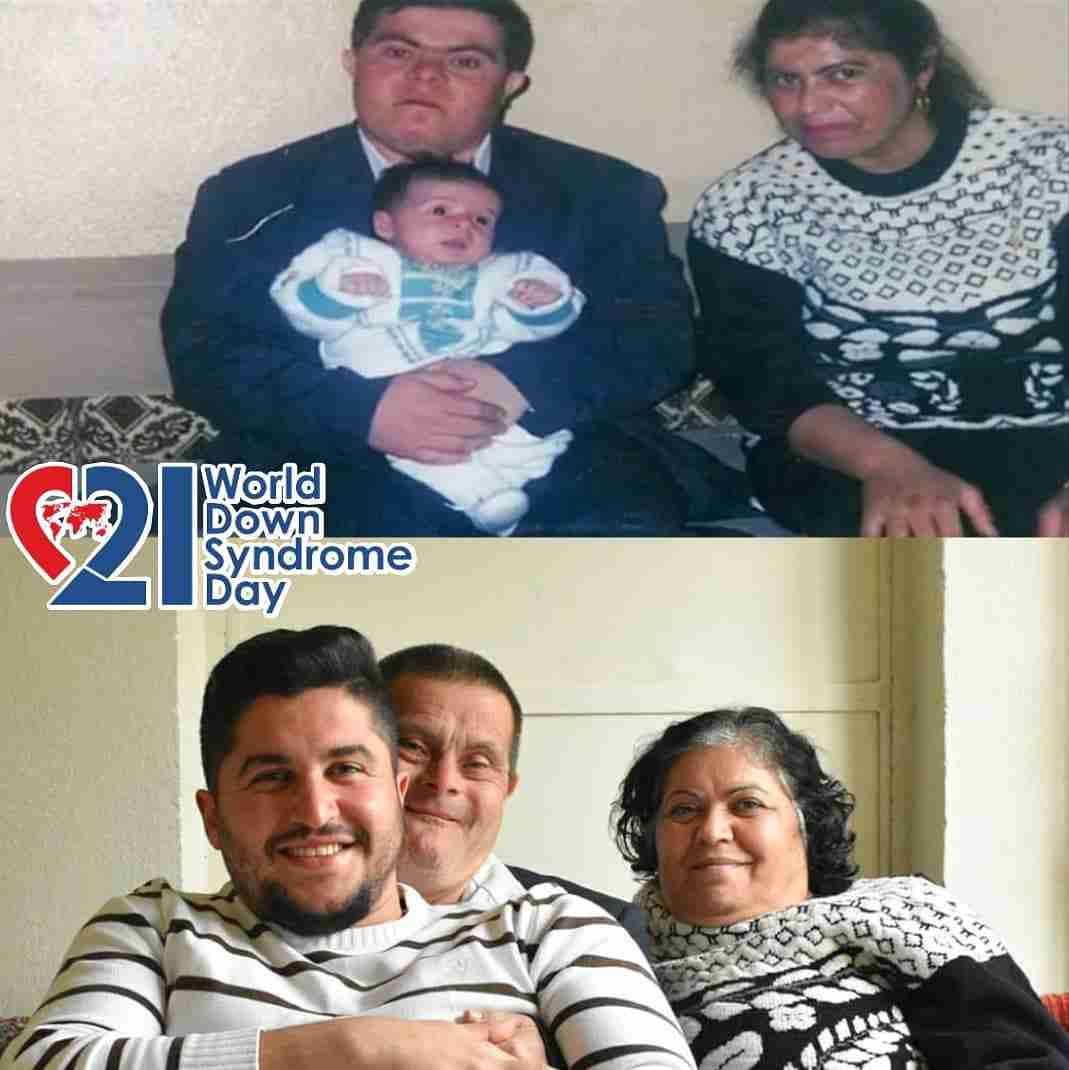 Jad began working at a nearby wheat mill, eventually meeting his wife. Sader was born without Down syndrome shortly after the couple married and after they fell in love.

Like any other child, he was warmly welcomed into the family and given loving care.

When Sader was younger, his father would spend time with him playing games like thumb wrestling and other activities, and he recalled feeling loved. Jad was indeed committed to providing his baby with the greatest life possible. 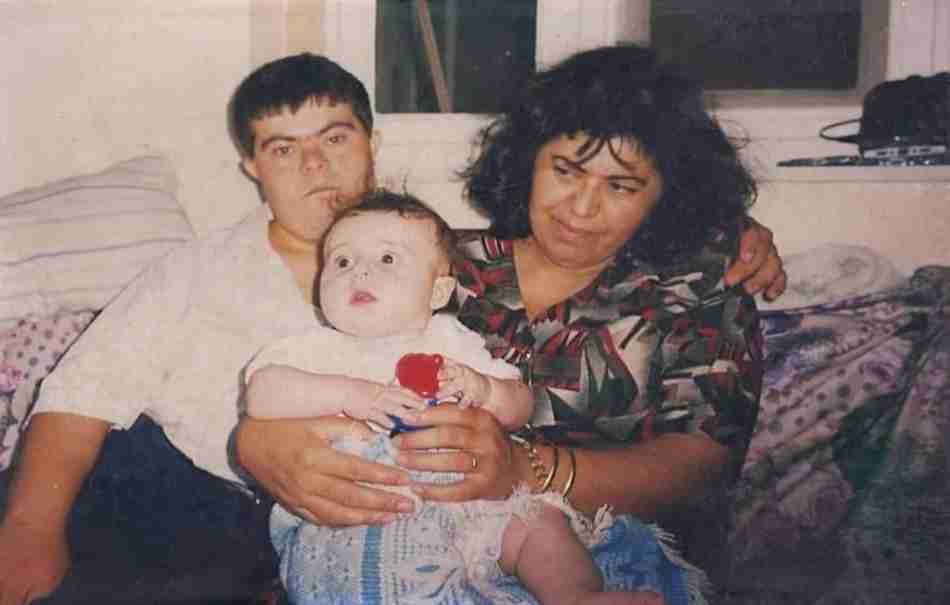 He began making college savings for his son and showered him with affection. Fortunately, the neighborhood helped them and welcomed the family for who they were.

Sader was motivated to excel in school and pursue a career in medicine by growing up with a father with Down syndrome and a mother who was devoted to giving him the best possible future.

He captioned a photo of him and his father with, “I think I would’ve been much less enthused about life and a lot less passionate with what I do if I didn’t have my special father.”

Jad is really happy that Sader is now working as a dentist. He tells others with the utmost pride, “My kid is a doctor.”

Sader wrote on Instagram that his father’s prospects were not very great when he was three years old, “maybe a calm existence in the beautiful little village that he was born in but nothing more.”

When he was about 18 years old, nearly 15 years after the upper right photo was taken, “he had changed some of the earlier judgments about his capabilities because he had started working and had started his career in the local factory that he still works in today. Not so many people thought he could do this hard physical work, but he has been doing it for over 25 years,” Sader writes.

“Not many people believed he could marry, and even if he did, he wouldn’t be able to have children. Today, we still encounter this archaic notion about the fertility of persons with DS, even from medical professionals.” 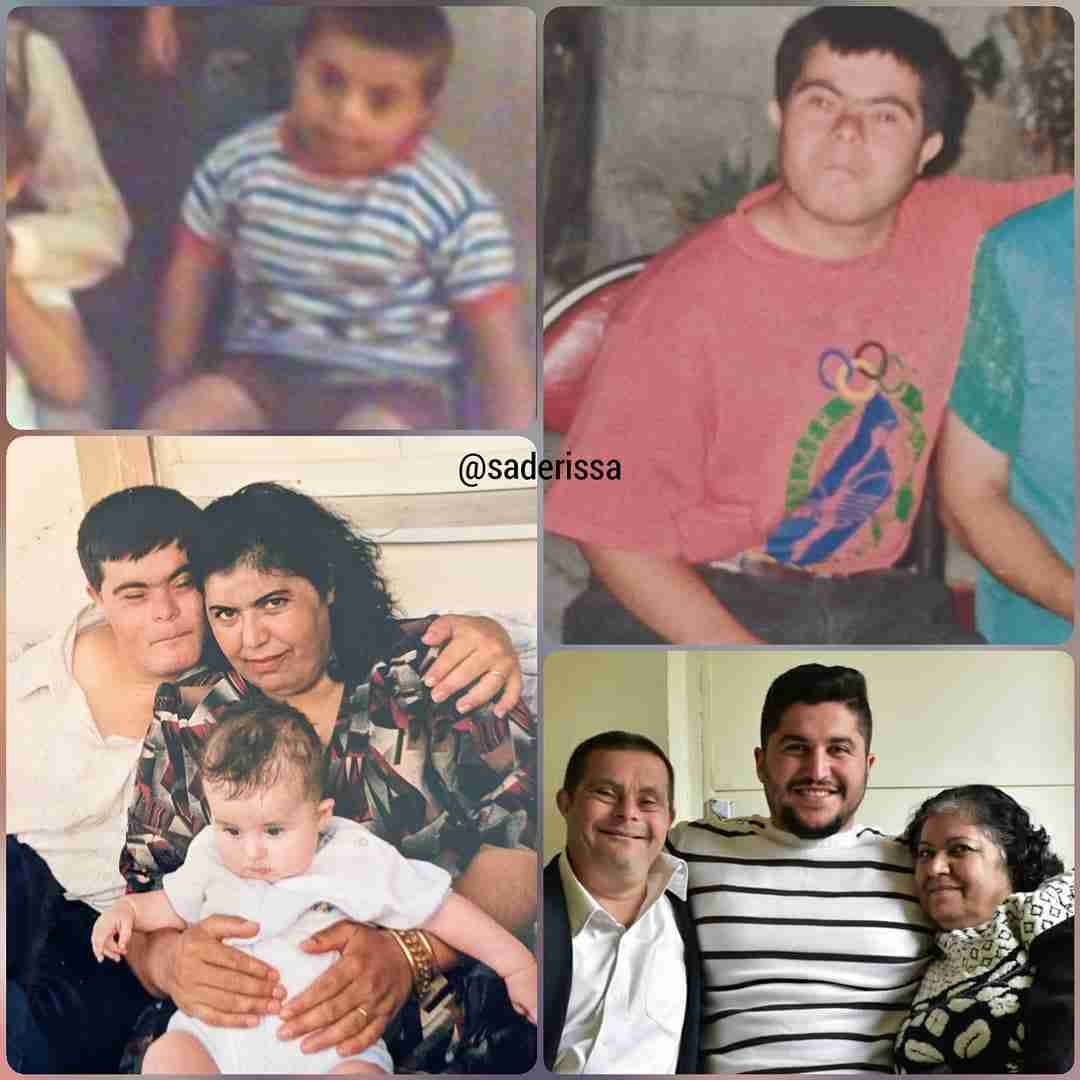 He continues by expressing his desire for a formal approach from a global group to support their claim with scientific evidence.

Because most people still know very little about Down syndrome and the potential of people with DS, we can confidently say that we are fully prepared for it.

As Sader puts it, “The last picture is on the lower right, and it’s after around 42 years of the first picture. I think that it speaks for itself and shows how amazing and prosperous individuals with DS can be and that there’s nothing impossible no matter how hard it appears,” 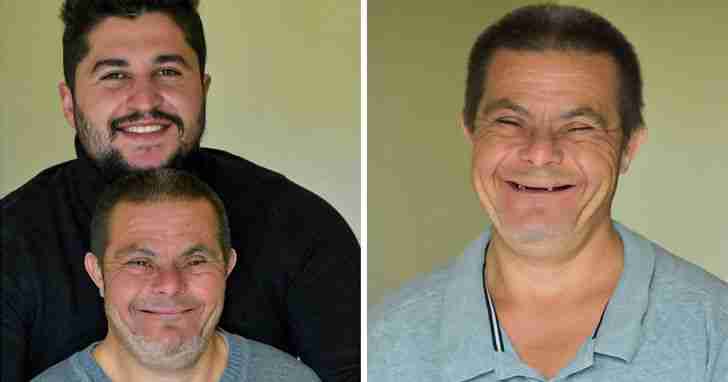 Sader told Bright Side that his parents’ love is still as strong today as it was when they were first married, even though they have been married for many years.

They enjoy taking hikes together but can also spend hours chatting. Perfectly, they comprehend one another’s demands.

Sader claims he is as proud of his father as his father is of him and attributes his success to his father.