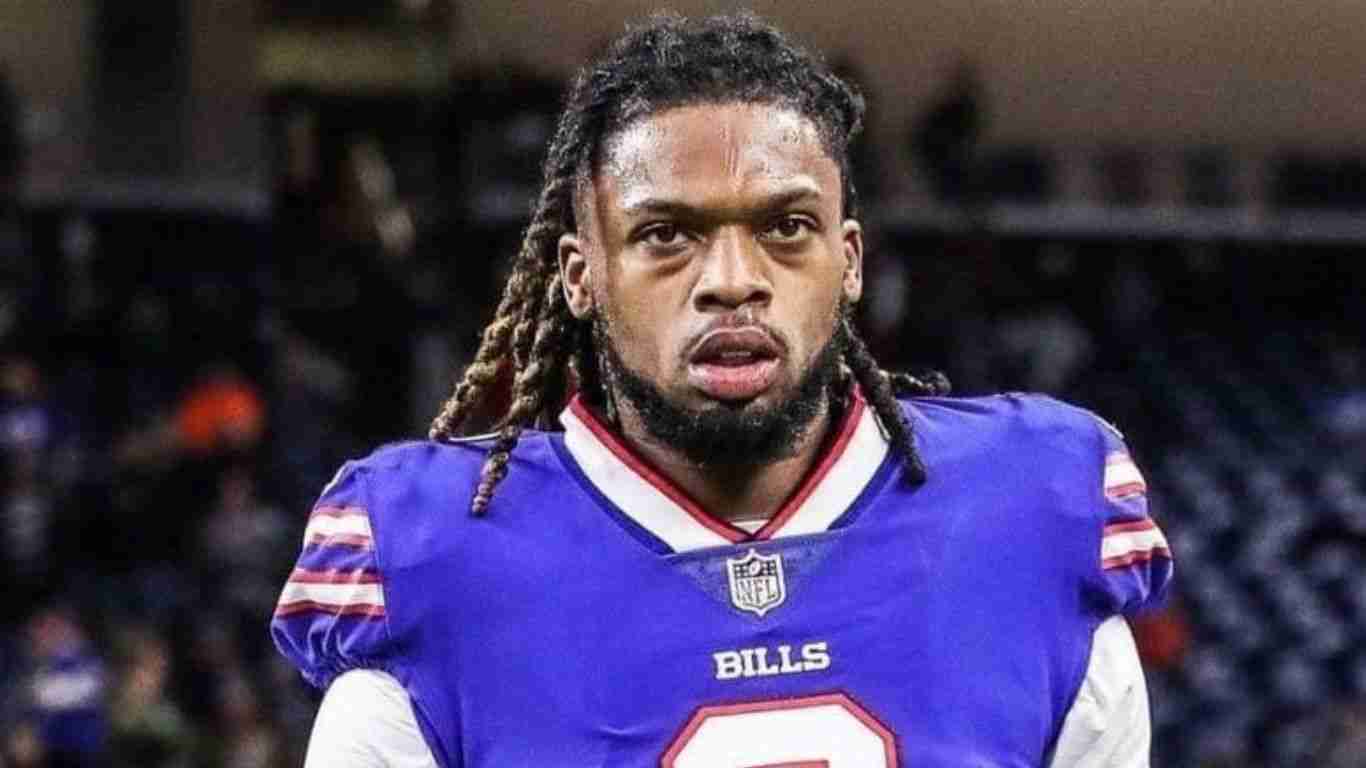 Buffalo Bills safety Damar Hamlin, 24, passed out on the field with less than six minutes remaining in the opening frame of the Monday Night Football game between the Buffalo Bills and Cincinnati Bengals, which was televised nationally.

After completing a tackle on the receiver for the other team, Tee Higgins, Hamlin collapsed to the ground.

Less than five minutes after Hamlin’s collapse, Bills’ team trainers began treating him, and an ambulance soon followed. After receiving CPR, he was sent to the medical center for more evaluation and care.

Players cried and prayed on their knees when the game was paused and then postponed at the dreadful moment.

The Bills claimed that Hamlin had a heart arrest in a statement. The cause is still a mystery.

According to the statement, he was taken to the UC Medical Center for additional evaluation and treatment after his heartbeat was restored on the field. He is currently under anesthesia and is rated as critical.”

Troy Vincent, executive vice president of operations for the NFL, remarked, “I’ve never seen anything like it since I’ve been playing.” “I put my playing hat on right away. After witnessing such a horrible tragedy unfold in front of you in real-time, how do you resume play?

This incident occurs when the NFL is still heavily criticized for the level of safety it provides to players in a sport that is, by its very nature, violent.

The NFL Players Association said, “The NFLPA and everyone in our community is praying for Damar Hamlin. Players from the Bengals, Bills, and the NFL have contacted us. The well-being of Damar is the only thing that matters right now. 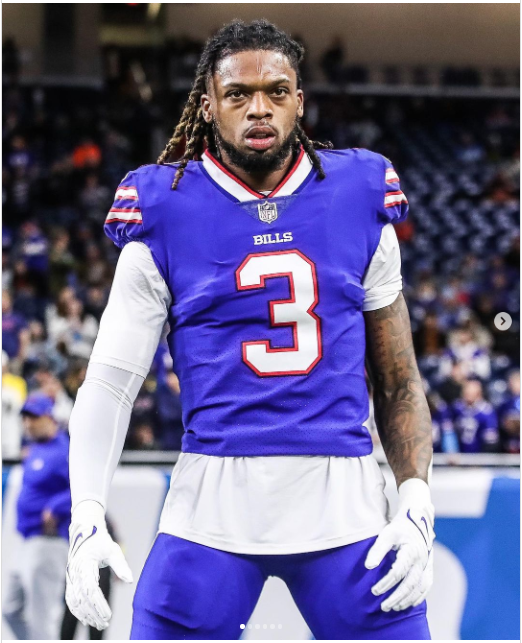 We send our thoughts and prayers to Hamlin, his family, and the Buffalo Bills.

According to the team, Damar Hamlin, a safety for the Buffalo Bills, had a heart attack on the field during Monday night’s game against the Bengals in Cincinnati. He is currently in critical condition.

Hamlin made a tackle following Tee Higgins’ reception and briefly stood up before tumbling to the ground.

Before being placed on a stretcher and sent to an ambulance, the 24-year-old safely lay on the ground for 16 minutes. Several Bills players came around Hamlin and kneeled for prayer on the field.

The game won’t be picked back up this week, NFL Commissioner Roger Goodell announced on Tuesday after speaking with the heads of both teams and the NFLPA.

“Regarding the potential continuation of the game later, the NFL has not made any decisions. The league has not altered the regular season schedule for Week 18. Additional information will be released as it becomes available, “The sentence is made.

The Bills, Bengals, NFL Players Association, and the medical staff attending to Hamlin are all in regular contact with the NFL, according to the statement.

In a statement, the family of Damar Hamlin expressed gratitude to first responders, medical professionals, both teams, and supporters.

Digby, a “Defusing” Dog, Prevents a Suicide Attempt by a Woman on a Bridge