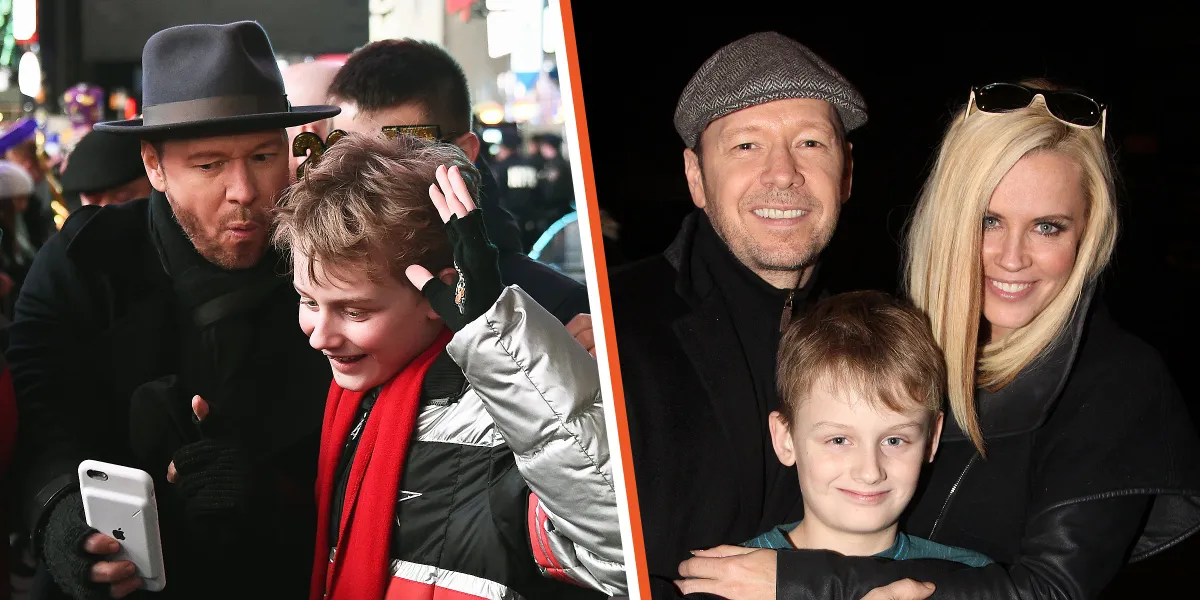 Donnie Wahlberg, star of “Band of Brothers,” has earned the love and admiration of his fans and loved ones. The actor took in the child of his second wife, whose biological father had abandoned him after learning of the diagnosis and became “another dad” to him.

Donnie Wahlberg is related to Mark Wahlberg, a well-known Hollywood actor. But with hard work and dedication, he has also built a career in acting and music.

He married Kim Fey, whom he had known for five years, and they had two kids. Donnie and Fey first came into contact while the latter sought a Spanish speaker to join one of his brother Mark’s tracks. 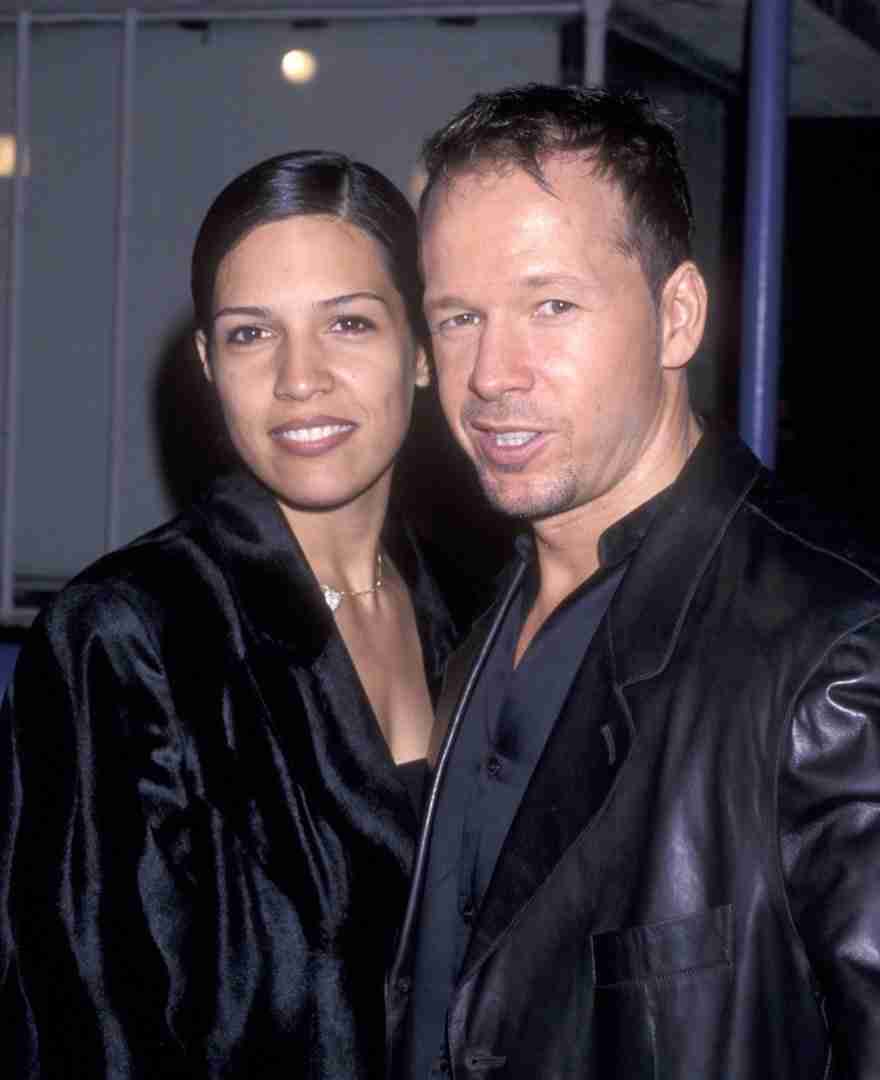 Unfortunately, in 2008, when they jointly filed for divorce, noting irreconcilable differences, Donnie’s marriage to Fey, his lifelong friend, and companion, fell apart.

The case was heard in Ventura County Court, and the parties even parties reached an amicable solution. His sons’ mother asked for primary custody of Xavier and Elijah, with visiting privileges for their father. She also asked for attorney’s fees and spousal support.

The former spouses kept in touch and co-parented happily after their divorce. But it took Donnie quite sometime before he started dating Jenny McCarthy, whom he met in 2013. 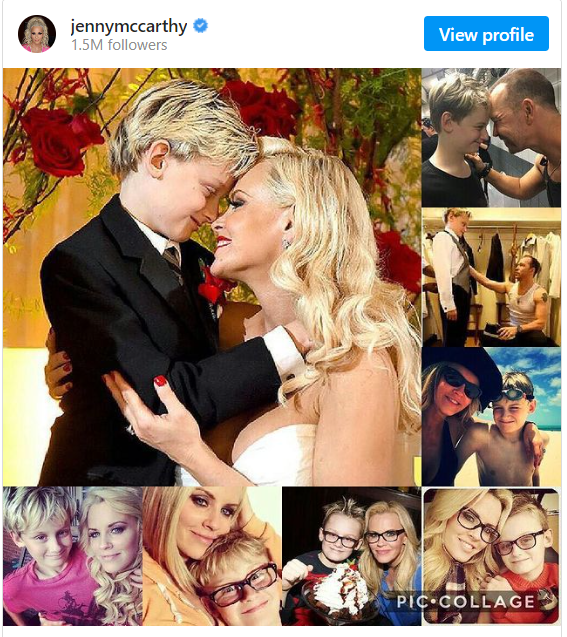 Before meeting Donnie, Jenny McCarthy, an actress, and TV personality, also went through a disastrous marriage. When John Asher directed the former “Playboy Playmate” star in “Diamonds” in 1999, she first got to know her ex-husband.

The following year, the couple were married and welcomed Evan, who had been diagnosed with autism. After six years of marriage, McCarthy filed for divorce in 2005, citing irreconcilable differences.

She spoke about her marriage and how things changed after she became a mother in her book, “Louder than Words: A Mother’s Journey in Healing Autism.” 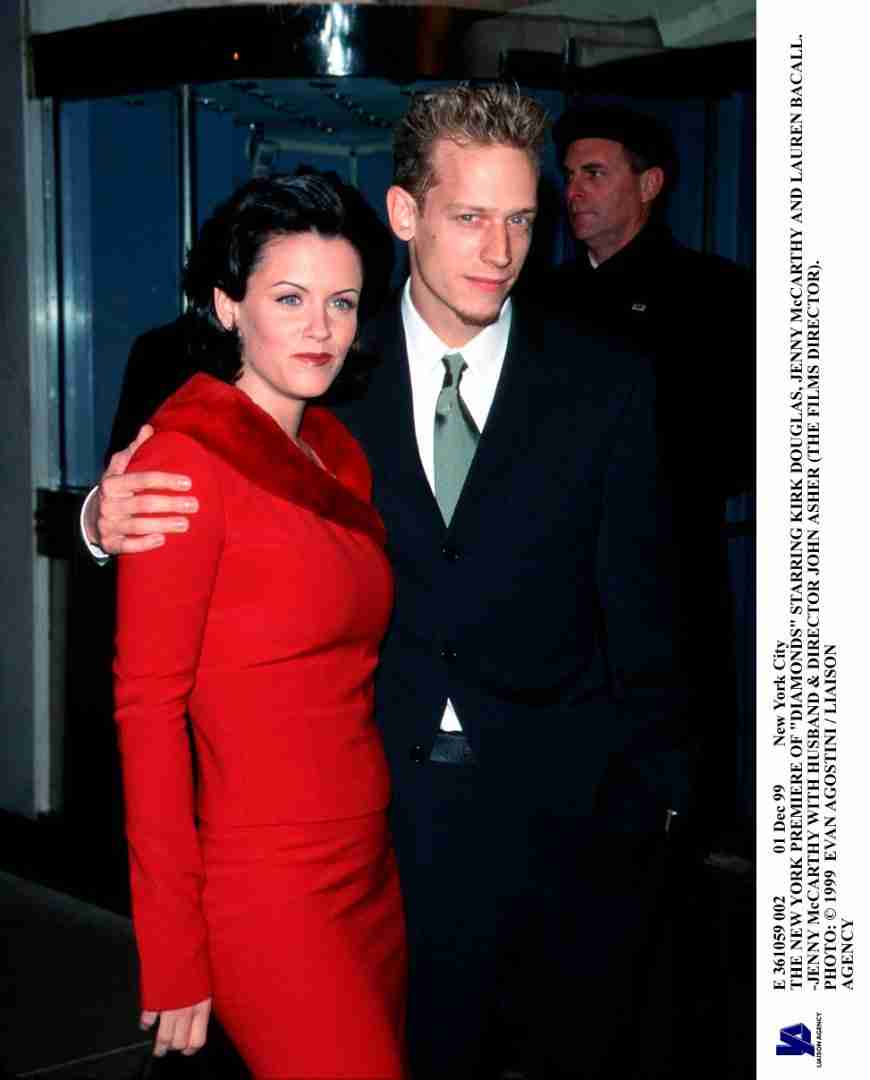 When McCarthy’s kid was given the autism diagnosis in 2005, she initially felt more shocked than sad. It did not, however, interfere with her love for the young man.

Even though she was making shows, taking care of her son, and bringing him to UCLA for tests and programs, the actress kept a positive attitude.

“John was starting to get angry at me because he felt ignored. The only fantasies I wanted to imagine were Evan being able to say, ‘I love you, mommy.” I didn’t care if I never had sex again.” 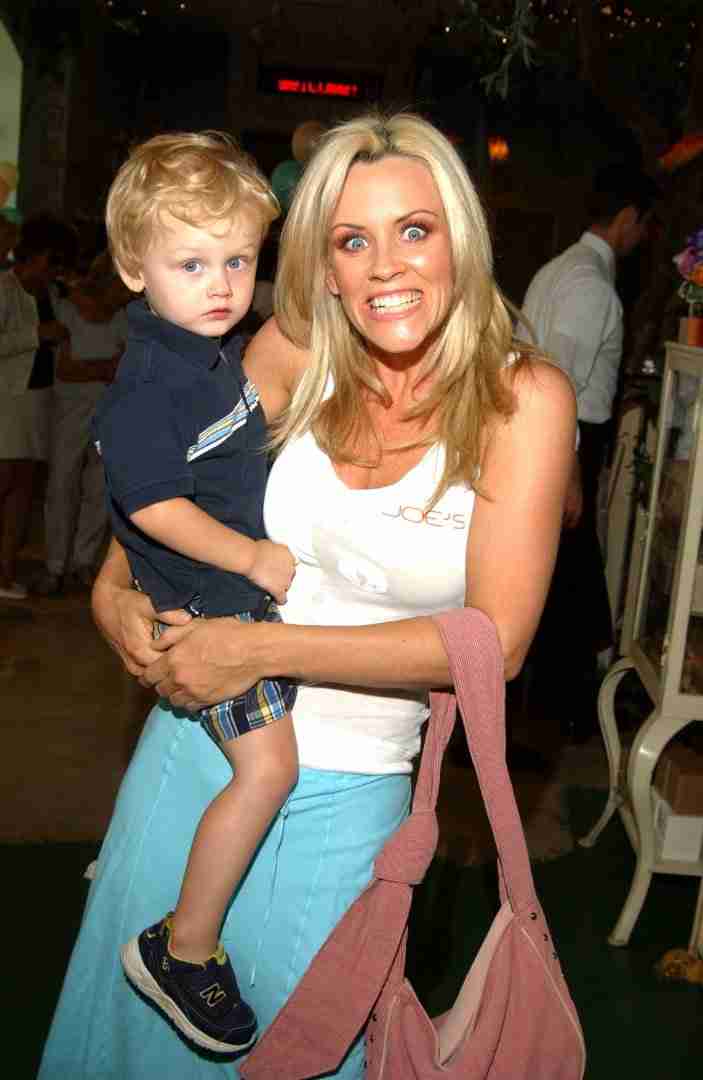 Asher left their house at McCarthy’s request, and she paid their son’s hospital bills alone. After her marriage broke up, the actress fell in love with comic star Jim Carrey, a more caring partner who relates closely to Evan.

The actor rented a helicopter to paint a romantic message for his partner for their Valentine’s Day party. However, it wasn’t all that Carrey did to show how much he loved her.

Despite saying they would never get married, they showed a strong dedication to their union. McCarthy was quite fond of Carrey’s daughter from a previous relationship, Jane, while Carrey liked Evan, his lover’s son.

The couple’s love story generated a lot of “awws” and “wows,” but when it ended in 2010, fans found it hard to accept. Instead of getting into a nasty fight, the ex-couples sent each other a heartfelt message to tell each other they were no longer together and still loved each other. 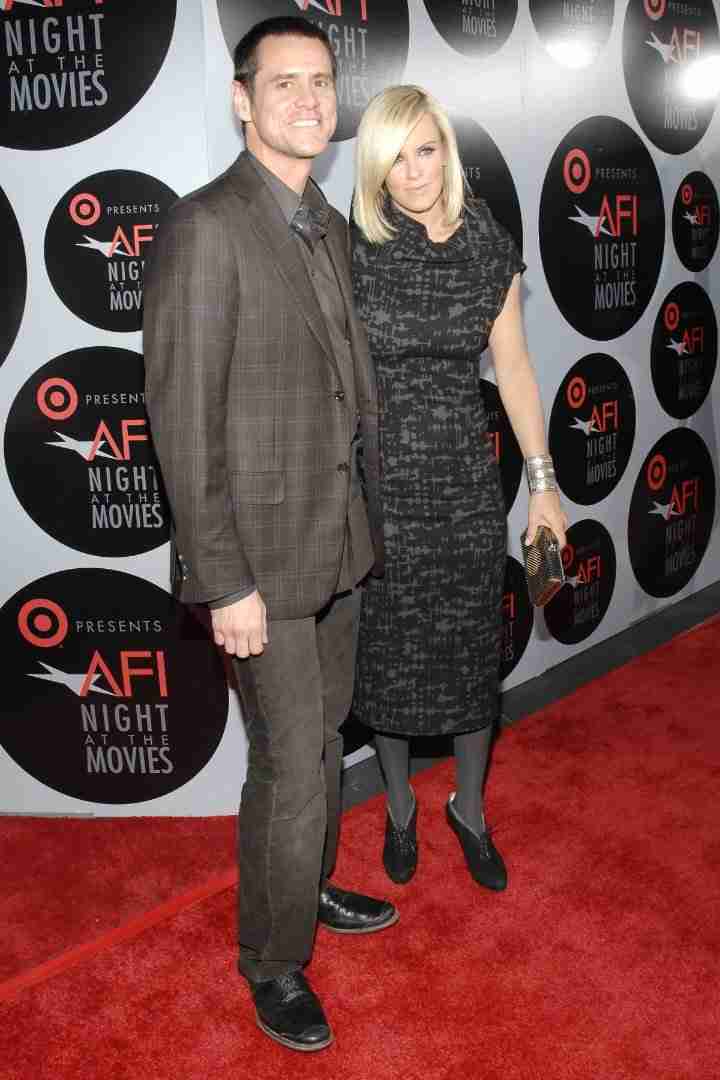 Jim Carrey and Jenny McCarthy at TARGET Presents AFI Night At The Movies at ArcLight on October 1, 2008. | Source: Getty Images

Despite appearances, McCarthy and Lee’s relationship was fraught with difficulties. As a result, the television personality explained that Carrey stopped seeing her child and could not cope after being informed.

Carrey’s depression, which he freely admitted to battling, may have also contributed to the relationship’s failure. McCarthy stated once more that the connection became boring and less enjoyable. 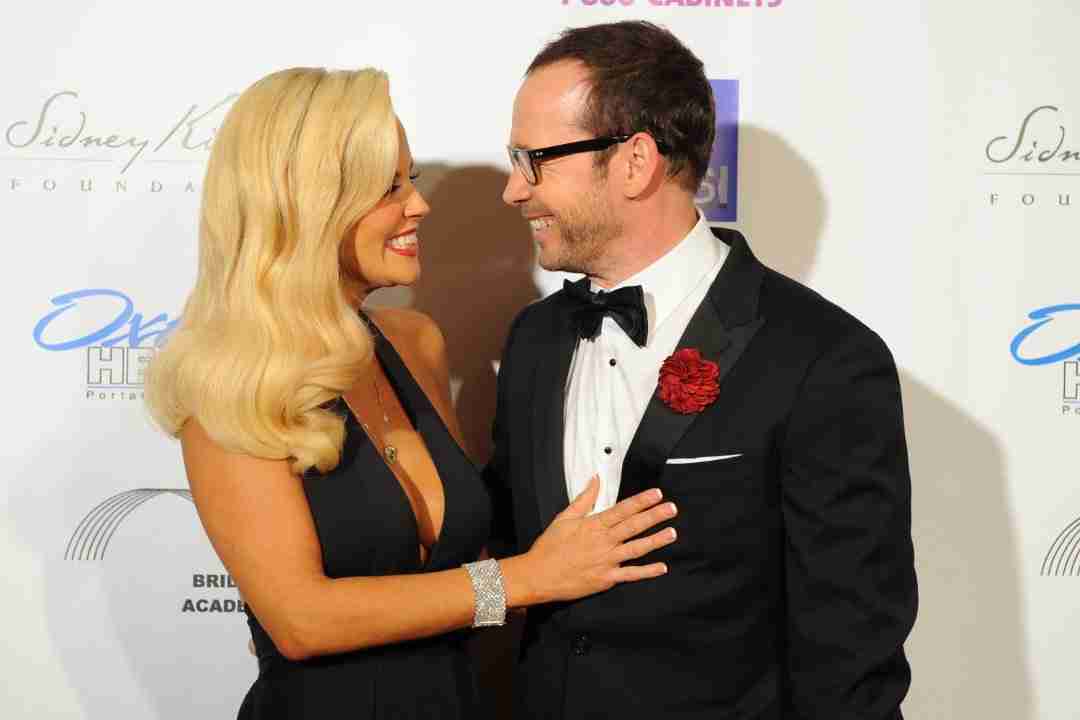 Jenny McCarthy and Donnie Wahlberg at the Dancing with the Stars Charity event hosted by Jenny McCarthy on August 24, 2013, at Hotel Baker in St Charles, Illinois. | Source: Getty Images

McCarthy and Donnie both had a similar tale. The TV stars married in 1999 and had children with their ex-spouses.

Donnie was charmed by the on-screen celebrity when they first met in 2012, but they didn’t start seeing each other until they got back together on the “Jenny McCarthy Show” in 2013.

The couple got engaged in 2014. Evan’s help with Donnie’s offer suggested that the actor knew him well. McCarthy’s take on the unexpected proposal was charming.

She said, “This weekend, I was sitting with Donnie… and he went into the other room, and out came Evan with a card that said ‘Will,’ and he handed it to me.”

She went on: “Then Evan ran away, and Evan came in with a card that said, ‘You.”… I just started crying, and then Evan came back into the room with the word ‘Marry’ — but spelled wrong.”

Finally, she understood and said, “Yes!” Evan supported her by adding, “I have another dad,” which added to the emotional moment.

They married before the end of the year in a Sunday wedding ceremony in St. Charles, Ill., with the little man present to lead his mother down the aisle.

Donnie has been in awe of his wife since they started a family. The singer is constantly singing her praises for a happy family. 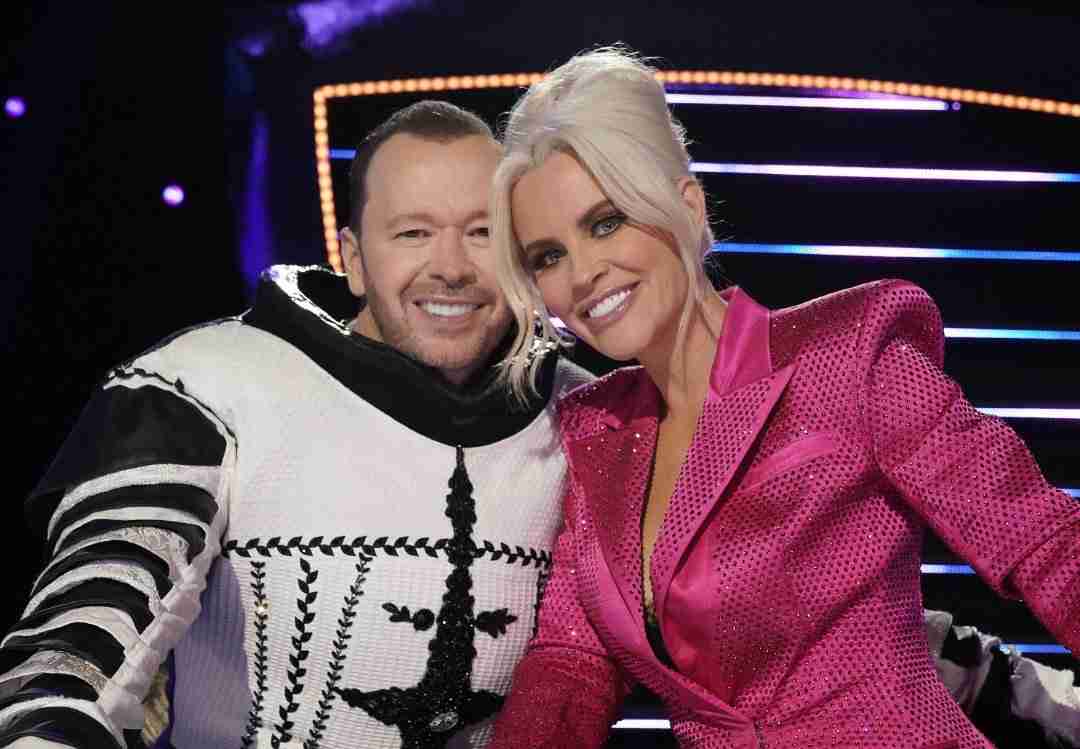 Donnie Wahlberg and Jenny McCarthy in the “Semifinals” episode of THE MASKED SINGER. | Source: Getty Images

In his words: “Besides being the best wife that I could have ever imagined having, she’s also the best stepmom and mother.” “She’s a great partner, and to simplify it, having someone to build traditions with my children and it being Jenny is probably the thing I’m most grateful for.”

McCarthy, who regularly renews her vows with her husband, feels the same way about him as the best father and husband. The power couple asserts that it helps their marriage experience a “new love” spark.

The actress makes similar observations to Donnie about the qualities that keep him at the top of her list. Naturally, it is about his empathy for Evan, her autistic son.

In 2019, a mother of one told everyone how her husband had surprised her with an amazing Christmas present. She told

“One Christmas, early on, Donnie handed me one of the greatest gifts ever, which was… that he was taking care of Evan’s college tuition.” 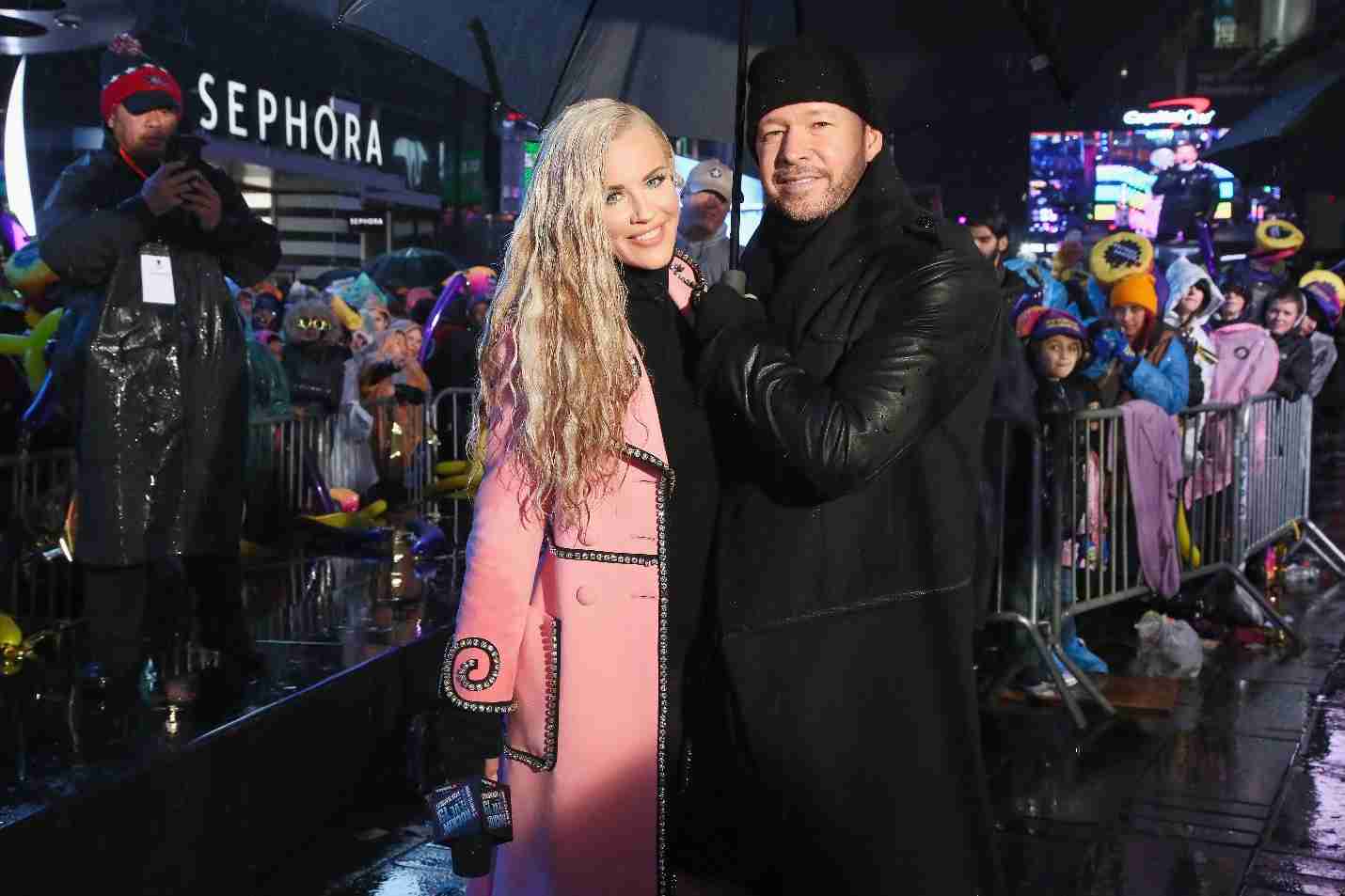 Donnie, a father of two sons, did not have trouble getting along with another boy, but Evan made it extremely simple. The “Band of Brothers” actor admitted he has a close relationship with his “affectionate” stepson and connects with him in ways McCarthy could never imagine.

He also drew a parallel between his wife and his sons, saying they are close and talk well. 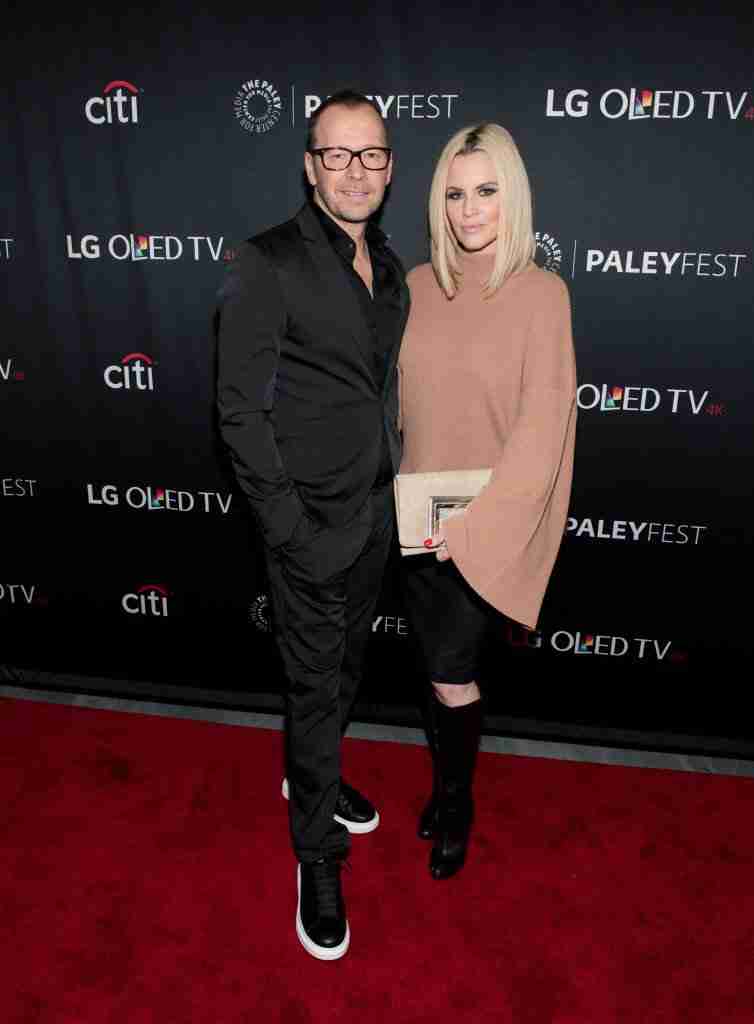 Donnie’s relationship with Evan overjoys McCarthy; she has previously stated her fears of meeting the right man. After over a decade of marriage, the mother of one regularly praises her husband for being the ideal and most amazing guy.

The admirable couple grew up in a home full of love, sacrifice, and understanding and would not trade it for anything. They discussed not growing their family in 2017 to appreciate their golden years and the parenthood of their growing sons.

The way Evan’s parents handled his diagnosis caused the strain in their relationship, and the director of the movie admitted that he had learned from his failed marriage to McCarthy.

Asher said that he and his ex-wife broke up because of how he handled the diagnosis many years later.

“I didn’t make the movie to make money. I made the movie more to educate people than anything else. So, I want people to see it, and I don’t care how they see it. I want them to see it.”

Asher, who is still single, has been concentrating on tightening his relationship with his only child. Evan is fortunate to have the best care, loving parents, a loving stepdad, and wonderful stepsiblings!