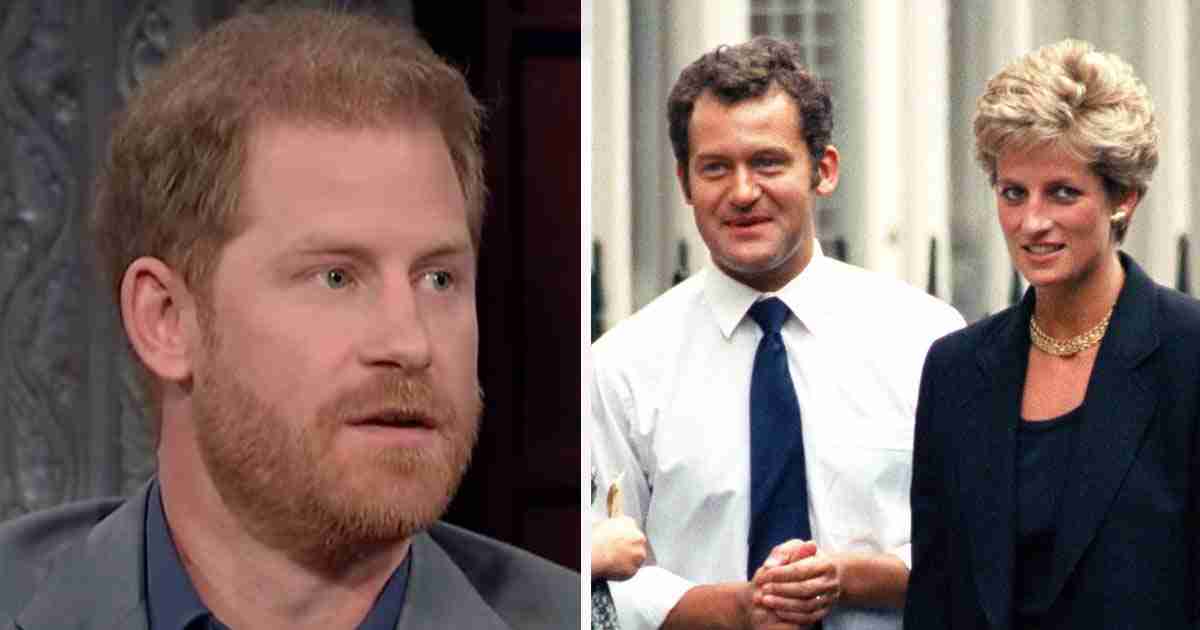 On Tuesday, Prince Harry’s book Spare was released in bookstores worldwide, and the former royal’s sales are going well.

Diana and Paul had a well-known tight relationship and essentially became best friends. Burrell has made public appearances numerous times to discuss his friendship with the late princess, disclosing personal correspondence with her and giving his viewpoint on regal issues.

But in Spare, Harry criticized Burrell, alleging that the former butler was speaking about Diana for nefarious reasons. Harry believes that the reason is not that he wants to be well-known but instead that he wants money. 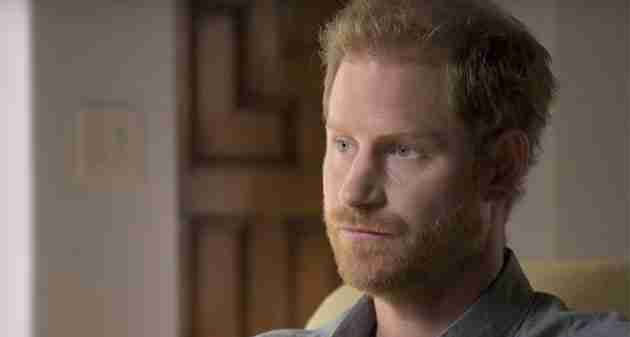 For Prince Harry, this week has been busy. Two brand-new interviews, one with 60 Minutes and one with ITV, debuted over the weekend in several nations. Then, on Tuesday, his eagerly anticipated autobiography Spare was published.

Harry published his autobiography, “Spare,” and according to reports, he made roughly $20 million from the book deal. It appears that curiosity is high just two days after its publication.

According to his publisher Penguin Random House, Spare is on track to become the fastest-selling non-fiction book ever, as was reported by Express. The book sold 400,000 copies in the paper, e-book, and audio forms on its first day alone.

According to Larry Finlay, managing director of Transworld Penguin Random House, “We always believed this book would fly, but it is exceeding even our bullish expectations.”

We know no novels featuring the other Harry (Potter) that sold more copies on their first day.

Even though the interview may not have received widespread attention in the UK, it did receive considerable attention elsewhere. 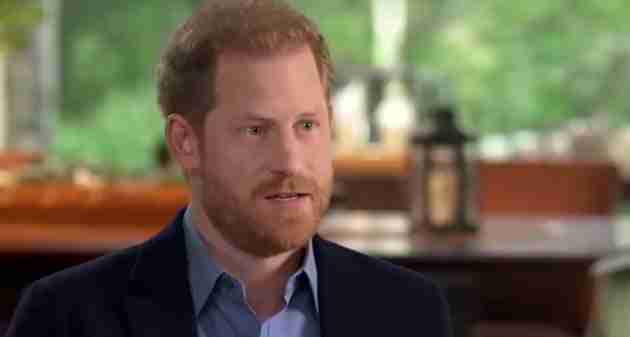 With the life, he left behind after more than 30 years to start over in the US with his wife, Meghan Markle, and their children, Archie and Lilibet; Harry offers a fresh perspective on his thoughts about royal life in his book.

Of course, Harry’s mother, Princess Diana, died in a vehicle accident during his formative years, leaving him with lifelong scars.

Harry has frequently discussed his cherished mother throughout the years. He remembered the last phone call he ever made to his mother, which occurred on the devastating day of her passing, in the HBO documentary Diana, Our Mother: Her Life and Legacy.

I don’t recall what I said, but all I know is that I’ll probably regret how brief that call was for the rest of my life, Harry said.

“I would have spoken to my mother the things I would have said if I had known that was the final time I would speak to her.”

People throughout the world adored Princess Diana. Sadly, she was pursued by British tabloids, who demanded outrageous amounts of money for photos of her. 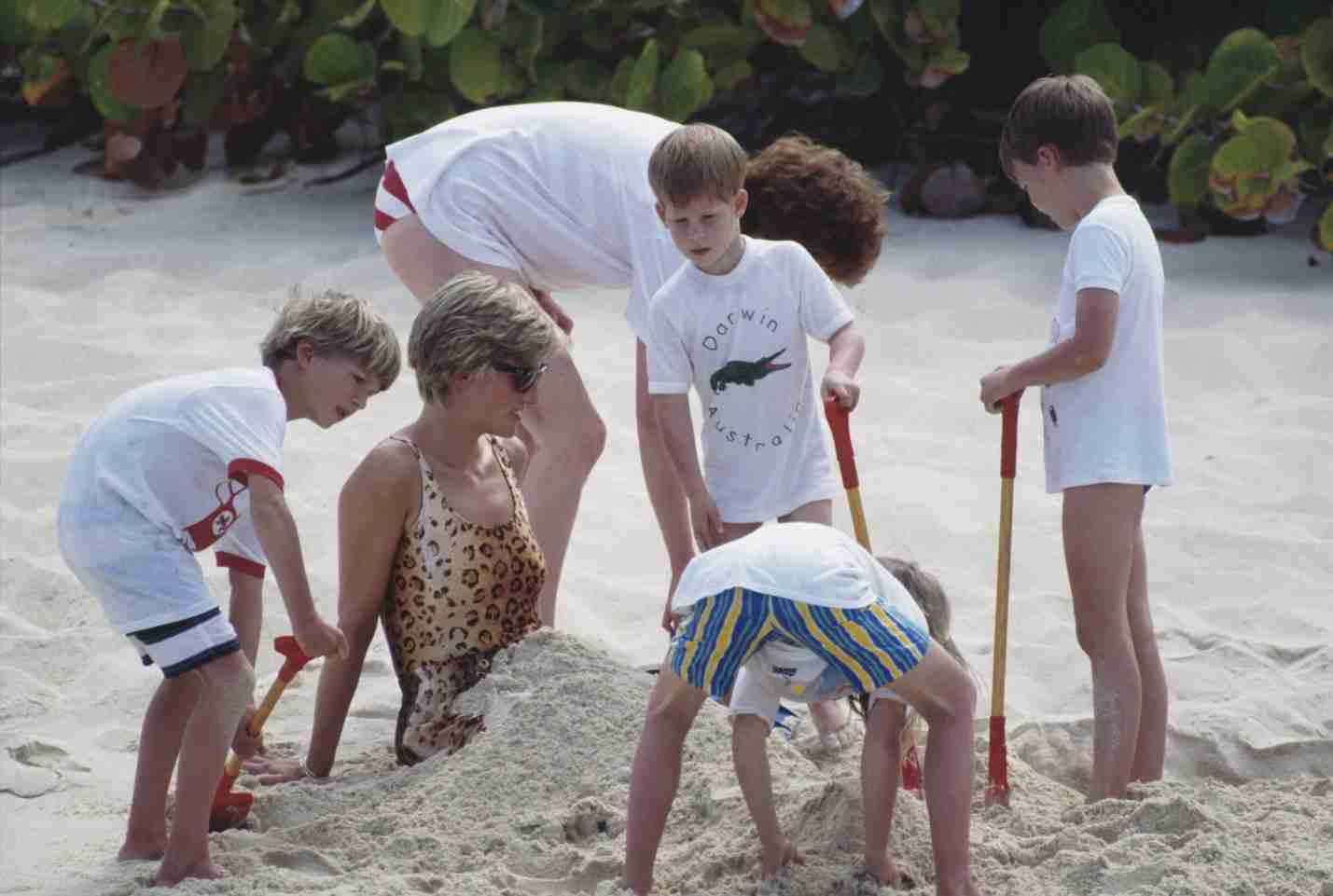 Despite how close-knit the inner royal circle was, Diana made another close friend in her butler, Paul Burrell. He started working at Highgrove House for Charles and Diana in 1987 and was with the princess until she died in 1997. According to him, Diana allegedly told him he was the “one male” she trusted.

Harry accuses the butler of Diana of “milking” her death for money.

Burrell wasn’t a nasty person, but Harry and William’s relationship with him altered when Harry, then 19 years old, went to Australia to work as an unpaid farmhand.

As previously indicated, Burrell has been very candid about his life as a member of the royal family and his friendship with Diana. But in 2003, his bond with her offspring completely broke down.

In his 2003 book A Royal Duty, Burrell revealed some confidential admissions that infuriated Harry. He and his brother issued a statement that charged Burrell with “a cold and overt treachery.”

Paul suggested they meet with Harry and William to discuss his book in response. He also wanted to fill them in on the aspects of their mother’s life for which they were not present.

He continued, “I’d want to let them know what’s on my mind.

Harry and Paul started arguing with one another after that. Harry scolded his mother’s former butler in Spare, accusing him of “milking” his mother’s passing to make money. According to Harry, the publication of A Royal Duty “made his blood boil.”

Harry claimed that he had been informed of the “sensitive subject” at the time via a package from the Palace. 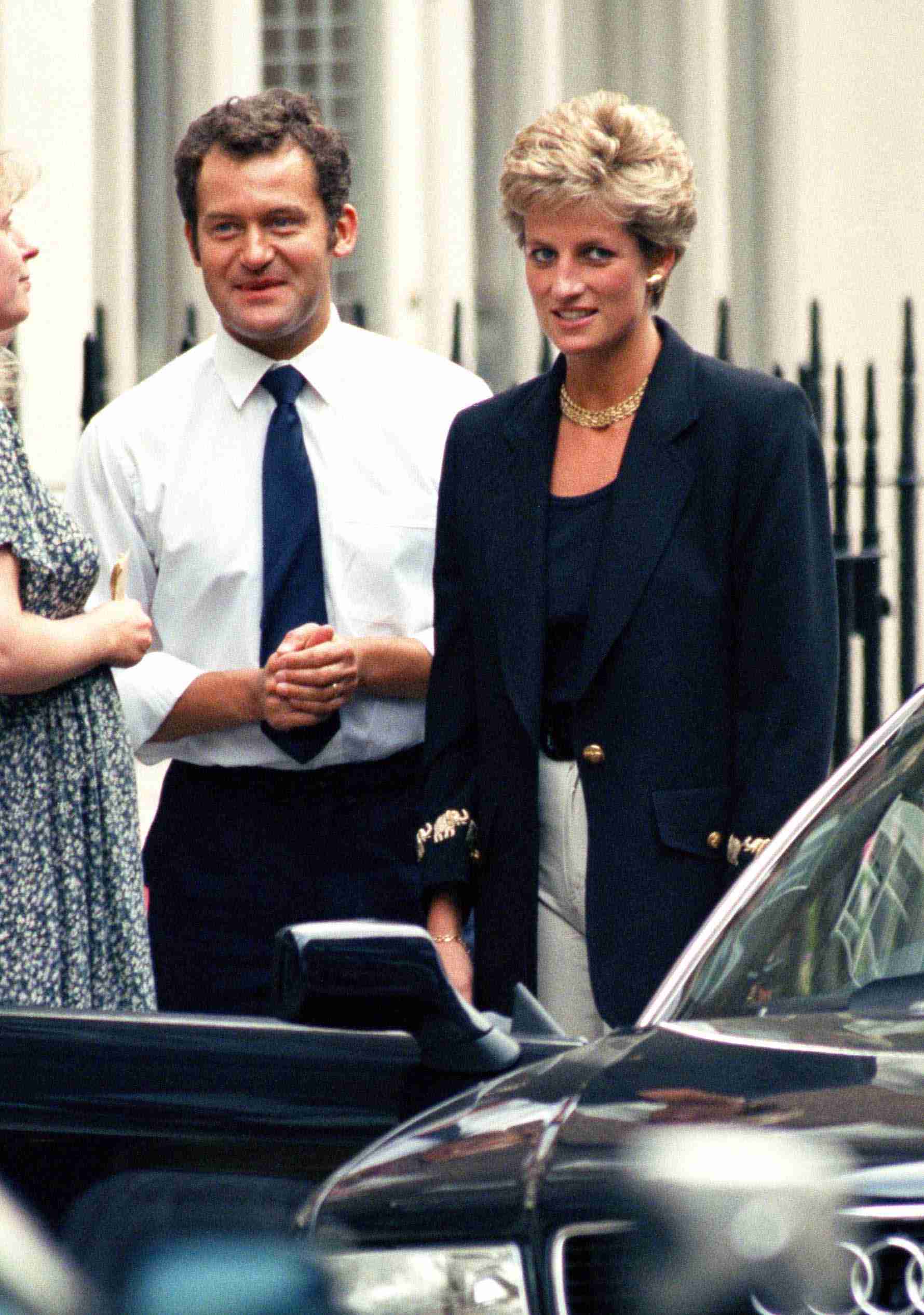 “Mummy’s former butler had written a tell-all that didn’t reveal anything. It was just one man’s self-justifying, self-centered account of the circumstances. This butler was once referred to by my mother as a great friend and had her complete trust. Also, we did. Harry said, “Now this.

It caused my blood to boil.

He was profiting off of her disappearance. I felt my blood start to boil.

Harry also said he intended to take a plane back to Britain to “confront” Paul Burrell immediately. But his brother and father persuaded him otherwise.

Regarding the statement the Palace released in response to Burrell’s request for a meeting, the Prince further asserted that he had “nothing to do with the drafting” and that he would have “gone considerably farther.”

He wanted to express his thoughts to us, right? Says Harry

“I didn’t understand why; I assume the Palace suppressed it. Shame, I thought of that man as the one stray steer that escaped that summer, I thought to myself.

Burrell was quick to refute the assertions made in Harry’s book. The former butler claimed in a video that Harry has “changed fundamentally” and that his mother would be “appalled” while speaking from his residence in Florida.

“I initially met him while his mother was pregnant. The young man I see now is unfamiliar to me. That is not the boy I knew, according to Burrell.

“What I see now is an angry, petulant, pampered prince who never accepts responsibility for his actions,” the author said. 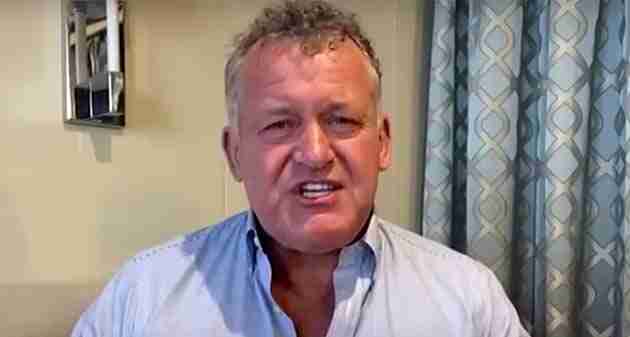 “[Diana] would be furious at these personal, vengeful discoveries,” he continued, “which not only put Harry’s country, family, and institution of which his mother was extremely proud—at risk, but also his late grandmother’s heritage.”

Harry remembers the exact moment he learned of Diana’s passing

Harry continued to describe in his book the moment he learned of his mother’s passing. He said his father had told him, “Darling boy, Mummy’s been in a car collision,” while sitting beside his bed.

There were difficulties. My baby, the mummy, was fairly badly hurt and sent to the hospital,” Harry recalls his father saying. “He always called me ‘darling lad,’ but he was suddenly using the phrase very frequently. He spoke softly. He appeared to be shocked.

“With a concussion. They tried, sweetheart boy. Unfortunately, she didn’t survive.

The Prince explained that Charles “didn’t hug” him, only placing his hand on the Prince’s knee and saying, “It’s going to be OK.”

Everyone was somewhere and was doing something the night my mother passed away, Harry continued.

“I shed a single tear at the burial, and you know I go into depth about how bizarre it was and how there was some remorse that I felt, and I believe William felt, too, by strolling around the outside of Kensington Palace.” 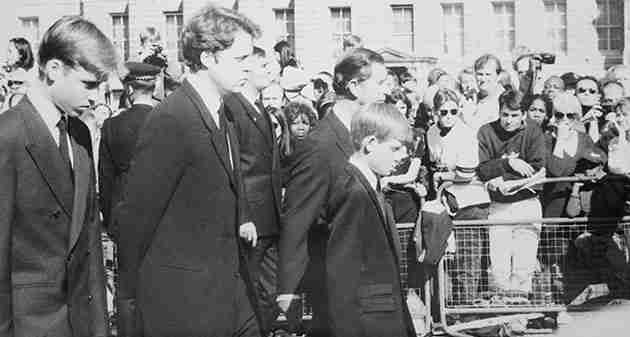 As previously indicated, Burrell has frequently discussed his time as Diana’s butler. He recently expressed his opinion on Harry and Meghan Markle’s union.

According to Burrell, Harry chose Meghan because “she’s like Diana.”

According to Burrell, Meghan and Burrell get along well due to their similarities.

“Harry chose Meghan and wed her because she is similar to Diana. They are both strong, independent women who never back down from a fight for what they stand for, he said.

Burrell contends that even if Diana and Meghan share many characteristics, that doesn’t guarantee they would be best friends if Diana were still alive.

“I suppose there would have been a tussle between Meghan’s and Diana’s way—two strong, independent women with opposing perspectives on things.”

Meghan, according to Burrell, may have had it more accessible than Diana because she was already well-known and in the public eye. He claimed it gave her a greater understanding of the media as she entered the realm of royalty. 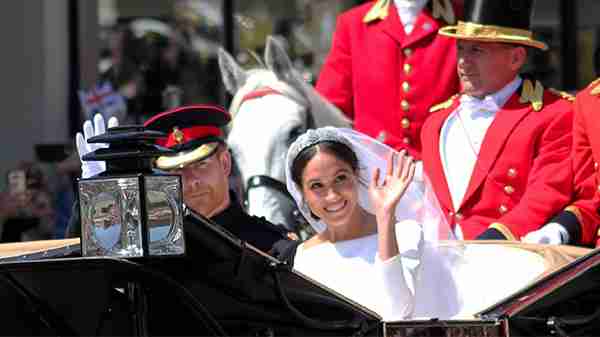 Diana was young and naive, whereas Meghan has a game plan, according to Burrell, who believes this is the primary distinction between the two.

Because she lacked a voice, Diana collaborated on the book with Andrew Morton and courted the media throughout the years. And because she had a strong mind, she felt that the country’s citizens had a right to know what had occurred behind closed doors.

When Diana died in Paris, Prince Harry was just a few months away from turning 14. When she was placed to rest, he and William had to follow her coffin, which they later regretted.

The boys were left without a mother who loved them and always reared them as typical kids after she passed away. Instead, they were given Camilla as a stepmother, and Harry also accused Spare of leaking royal information to the media.

Harry also disclosed that he and Prince William had asked their father, King Charles, to forgo the engagement to Camilla. But ultimately, they had second thoughts. 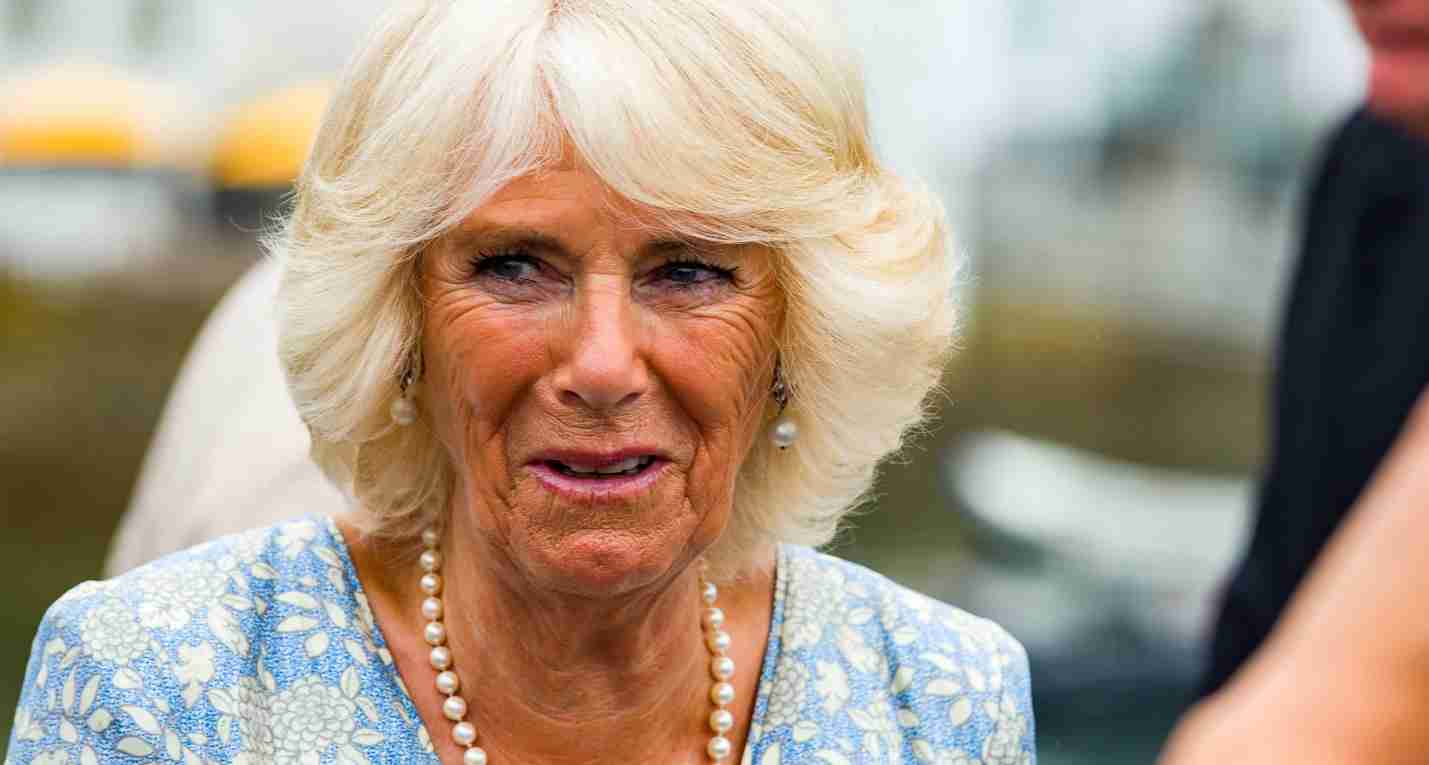 “We didn’t think it was necessary; we believed it would be counterproductive if he remained with his person. That must be sufficient; Harry said 60 Minutes. “We wished for him to be content. And we could see how content he was with her.

Harry said that Camilla was “dangerous” since the British media had painted her as the “villain” for her role in the dissolution of Charles and Diana’s marriage.

“Due to the ties, she established within the British press made her dangerous. Additionally, there was a genuine desire to exchange information on all sides. And with a family structure on hierarchy and with her aspiring to be Queen Consort, there will inevitably be victims or dead left on the street, Harry remarked.