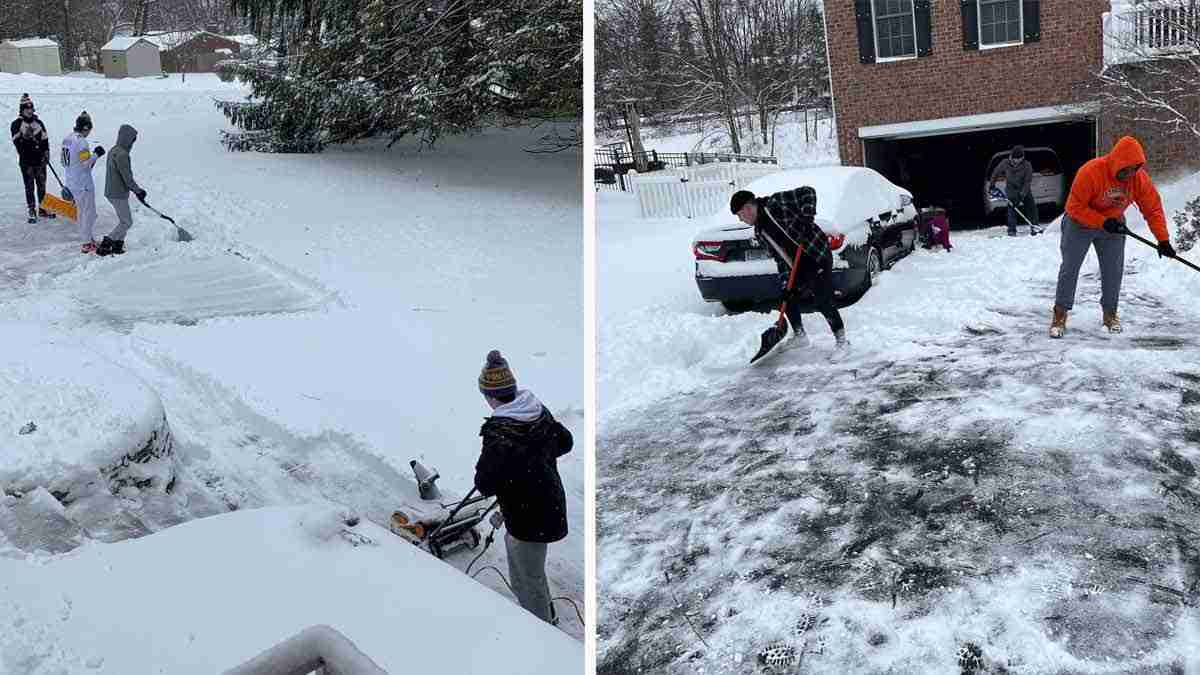 Coach Brian DeLallo of Bethel Park High School’s football team told his players to “find an elderly or disabled neighbor and shovel their driveway” rather than doing weights in the weight room.

DeLallo told KDKA that he was preparing for the Pittsburgh Steelers game while sitting on his couch when he sent out a tweet telling his players that Monday’s training had been postponed.

This is something older than me, he declared. 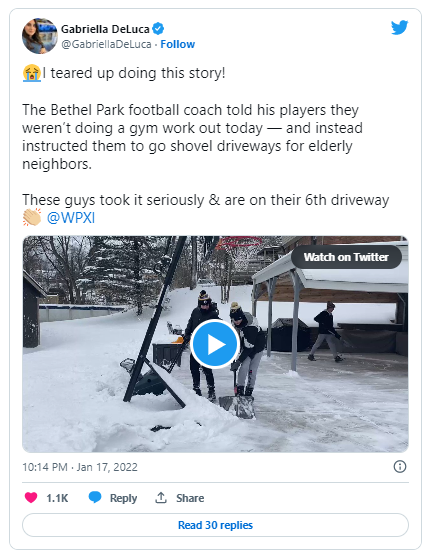 DeLallo was only continuing the practice started by the previous football coach at the school, who taught his players the value of showing generosity to others.

So, the team set to work after Bethel Park received more than six inches of snow. 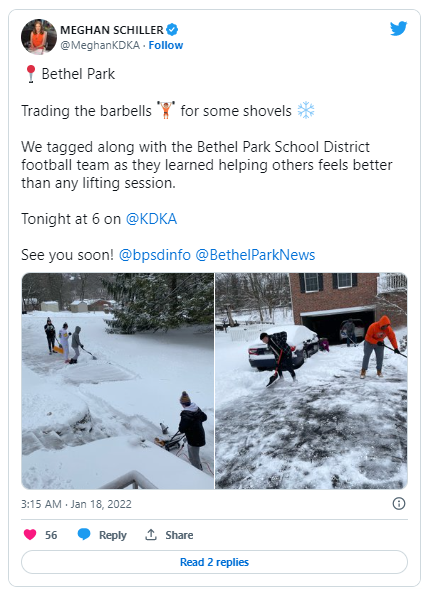 A junior and team captain, Gavin Moul, said, “They’re amazed that we’re not taking money, and we’re not doing anything for it.”

Some residents, according to Moul, even declined their offer because they wouldn’t accept cash in any manner.

The team cleared dozens of driveways in their neighborhood before the day’s end.

Danny Varhola, an 83-year-old homeowner, was pleased to have his driveway shoveled by the young men from Bethel Park High School. In the 1980s, his kid participated in football at the high school.

He responded, “I’ve been here 50 years, and these folks are fantastic.

You gain much more from this than being asked, “Did you bench press 300 pounds today? This is awesome, honestly. It’s a rare opportunity to interact with the community, so this is good,” DeLallo added.

“I’m thrilled about it, and I believe we all are. Not only does it benefit them, but it also strengthens our bond as a team.

I adore this so much! What a fantastic way to support your neighborhood. I hope this gave these young men more than simply a good workout.