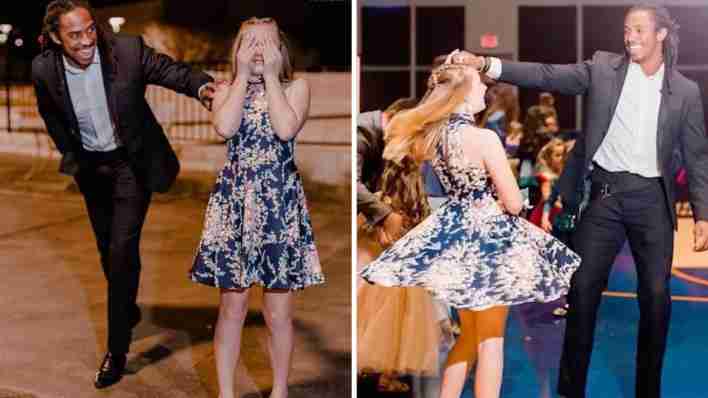 The daddy-daughter dance at Audrey’s church was coming up, so her mother decided to plan something particularly special. Audrey is a middle school student from Texas who lost her father suddenly and then her grandfather to lung cancer in 2021.

Anthony Harris is a defensive back for the Philadelphia Eagles from Virginia. Audrey, who lives in Austin, is a big fan of Anthony Harris.

He was contacted on social media by Audrey’s mother, Holly, who is also a big fan, asking if he would take her daughter to the dance. 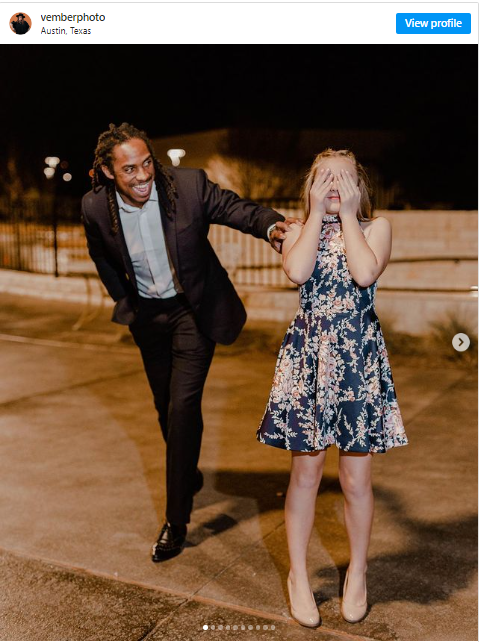 “It’s far-fetched… it’s a big ask,” Holly told ABC News. “I just asked if he would come—if he’d be willing to come.” And he said, ‘not only will I come, but I also want to make sure she feels like a princess.'”

Anthony traveled across the country to surprise Audrey and paid for her outfit, shoes, hair, and make-up.

“He had a car with a driver come to the house and pick her up,” Holly told ABC News. “He wanted to ensure she had the best possible time.”

Pictures shared on social media made it clear how shocked Audrey was to see her favorite player. 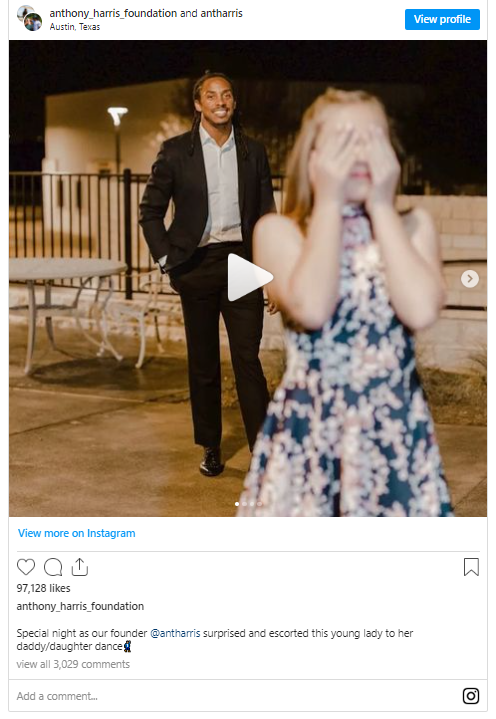 Fortunately, the 30-year-old ex-player for the Minnesota Vikings knew just what to do.

“Every time I thought he could see she was getting nervous, he would just engage in conversion with her,” Holly, the former Minnesota native, told KYW. “He kept her laughing and dancing on the dance floor.”

“Show them your support.”

Anthony stated that his family had watched him on social media, and during his career, they offered encouragement and prayed for him. Anthony wanted to take the time to recognize and give back to the family for their support.

Spending time with an 11-year-old who has suffered so much loss in such a short period has also taught him a lot.

“You gotta cherish these moments. You never know how long we have here on this Earth,” Anthony said. “So, the people you care about and love, show support for them.”

An 11-year-old child who has been through the impossible should be given such a beautiful surprise. I am pleased that this genuine gentleman and kind-hearted football player made her feel like such a special person.

My sincere wish is that they maintain their friendship and carry on providing support to one another. Would you kindly share?

When asked what she learned from this encounter, Audrey responded that it showed that everyone could do something kind for other people.

In The Act of Kindness, This Landlord Left a Home He Owned to the Tenant He Had Rented It to For More Than 20...

A photographer Captured An Awesome Photo Collection of Frogs