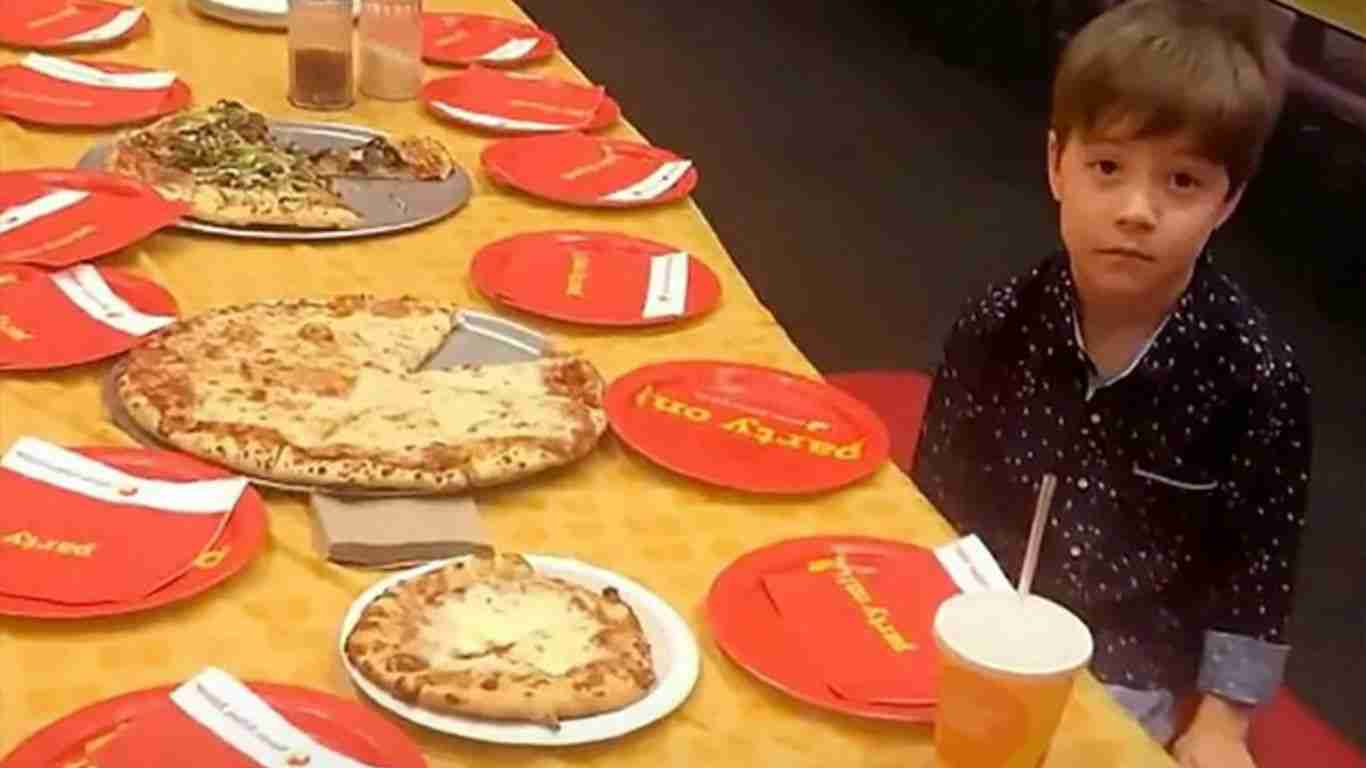 Most people can recall their childhood birthday celebrations; some included family members, while others shared with a small group of pals. However, one 6-year-old shared his special day with his 32 classmates.

An Arizona youngster, Teddy preferred having his entire class attend his 6th birthday celebration to going to Disney World or spending the day at Legoland.

Two weeks before the event, his mother, Sil Mazzini, reserved a table at Peter Piper Pizza in Tucson and handed his teacher 32 invitations to distribute to his class.

For her kid’s special day, Sil claimed she even received 15 RSVPs. She had already ordered the pizza and made the gift bags in anticipation of a fun party for her son. 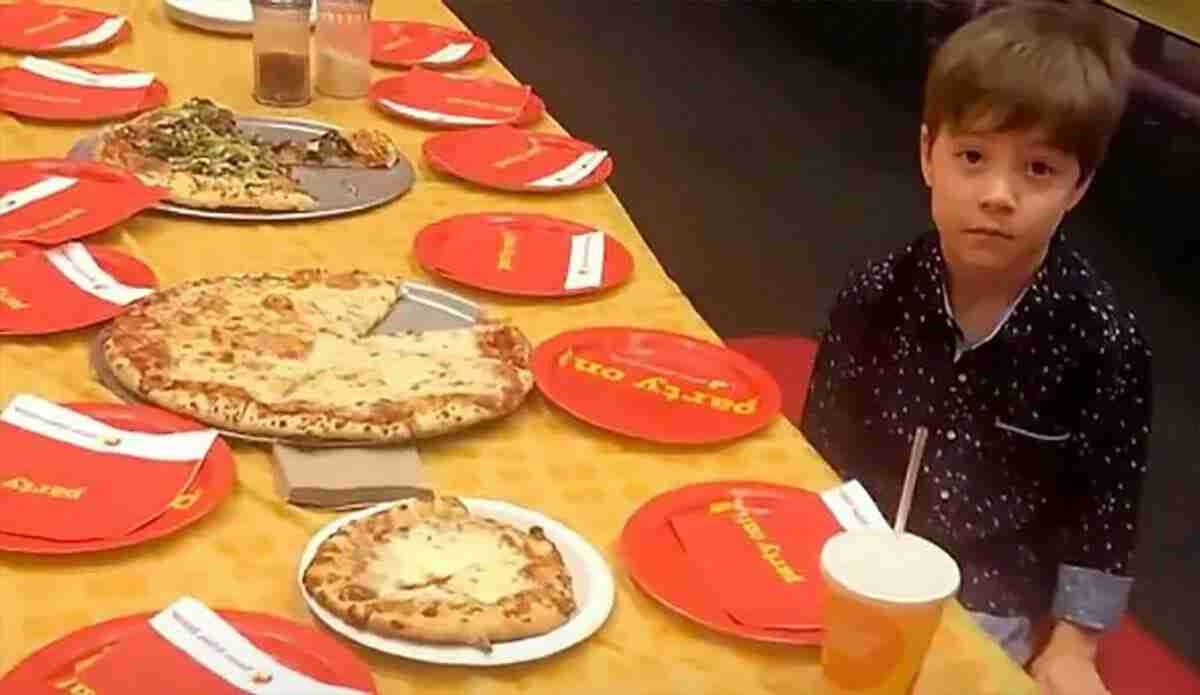 Sadly, though, the event was remembered for all the wrong reasons because none of Teddy’s classmates attended.

After waiting for an hour and no one arrived, the family decided to make the most of their trip by playing arcade games and eating pizza rather than letting their son celebrate his birthday alone.

Ted Bollinger, Teddy’s father, said it was a terrible event for Teddy, but he recovered after they diverted him with diversions.

According to Bollinger, “I was sad; I was bummed out.” Teddy was most excited to see his classmates, but it was upsetting when they didn’t arrive an hour into the party. 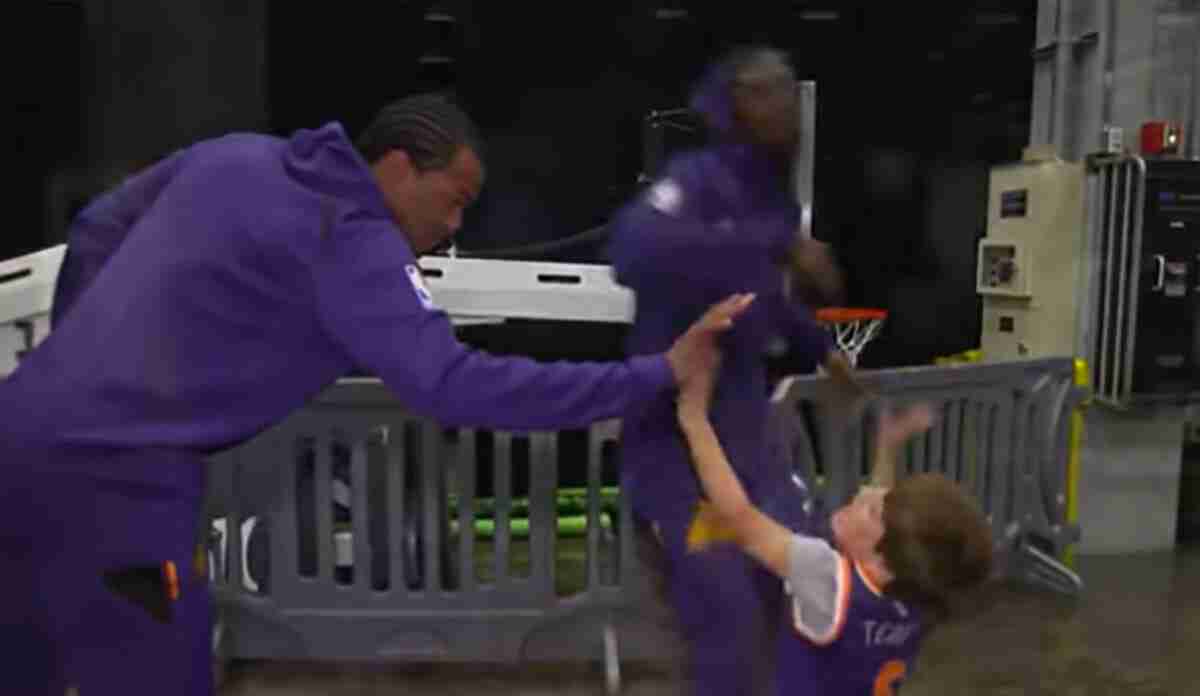 Mom Sil, devastated, decided to post about the absent parents who, despite promising to be present, failed to bring their kids to Teddy’s special day.

After a local TV station posted her post, the picture of her son Teddy sitting alone at his birthday table in front of uneaten pizzas quickly went viral, earning the hearts and sympathy of thousands of people. Many also donated gifts in response.

She continued that only one parent called to apologize for missing the event, but Teddy’s classmates apologized to him at school the next day. 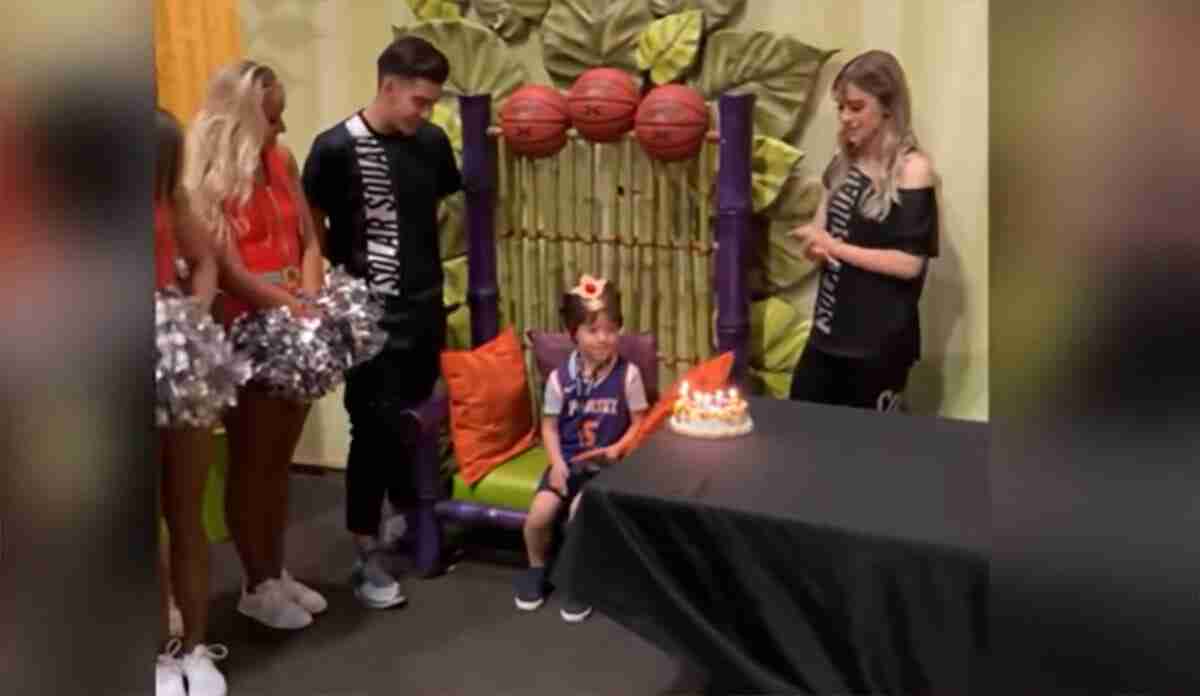 Mom Sil later admitted that she regretted sharing the photo since she had no idea how much attention it would garner. She detested every second of the post’s publicity, and the family was overwhelmed by the responses.

She said that instead of throwing Teddy a party for his seventh birthday, she would take him on a trip.

But as a result of Teddy’s disappointment, the Phoenix Suns and Phoenix Rising MLS team invited Teddy and his parents to their forthcoming games.

Teddy’s birthday was honored by hundreds of people, including the players, and he was given cake as cheerleaders sang and waved to the six-year-old.

I believe that calling attention to the fact that no one cared enough to attend this young boy’s birthday was the proper move since it encourages others to be more considerate.

On their birthday, no child or parent should have to experience the anguish of watching their child alone in a chair. I’m pleased Teddy got some birthday pampering in the end, and at least his classmates expressed regret.

Nicole Kidman Continues To Attend Church And Place Her Faith in God, Even Though Her Friends Make Fun of Her For It