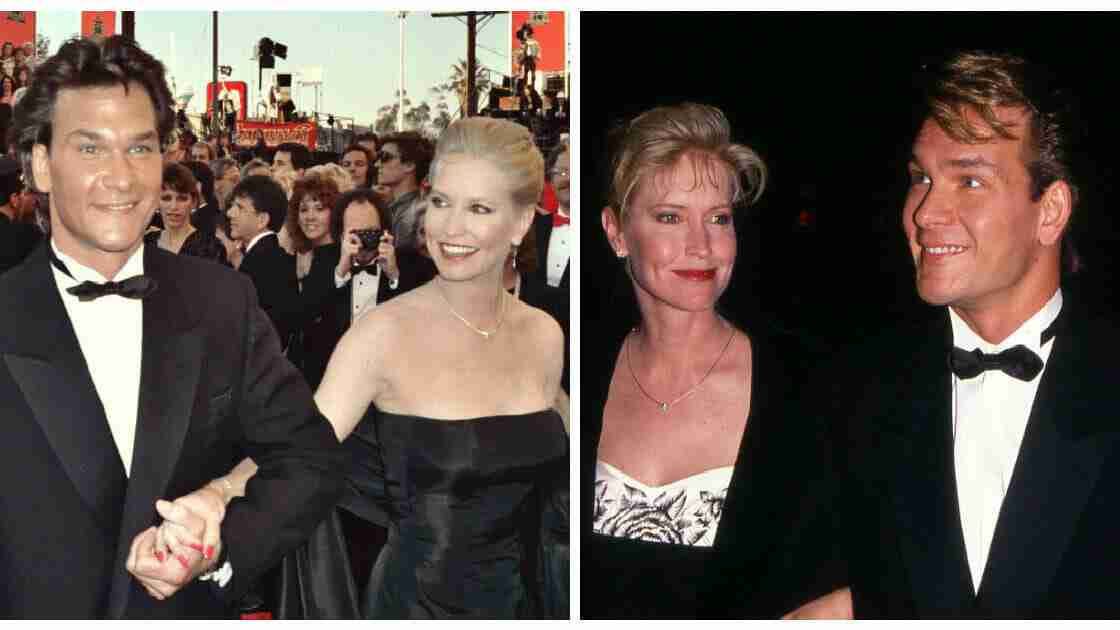 He had a unique style and charisma. For decades after his success in Dirty Dancing, many, if not millions, of us longed for him. Yes, Patrick Swayze will go down in history as the guy all women wanted and all men wished they could be. But after a lifetime in the public eye, the beloved celebrity passed away without seeing his big dream come true.

He said three words on his deathbed that have haunted his wife, Lisa, ever since… 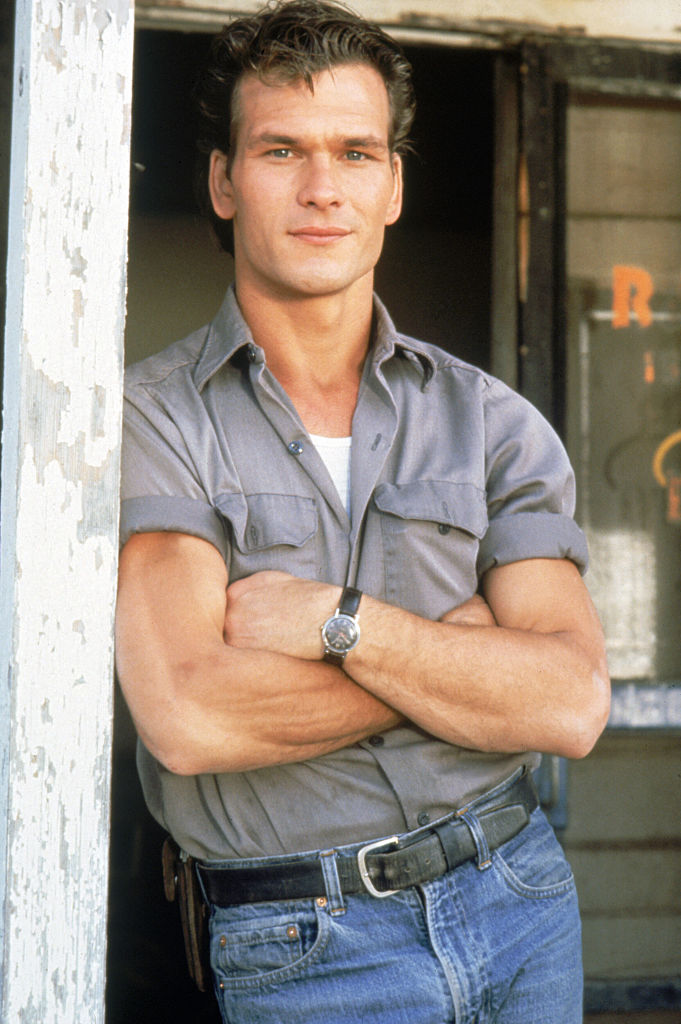 Patrick Swayze on the set of The Outsiders, directed by Francis Ford Coppola. (Photo by Sunset Boulevard/Corbis via Getty Images)

Patrick Swayze, who passed away in 2009 at 57 after battling pancreatic cancer, is still sorely missed by his fans. Swayze, one of the most recognizable on-screen lumps of the 1980s and 1990s, is best known for playing the love interest in timeless films like Dirty Dancing and Ghost. He was a romantic in real life, and his marriage to Lisa Niemi lasted 34 years until his passing in 2009. This makes his real-life love story better than any of his Hollywood movies. 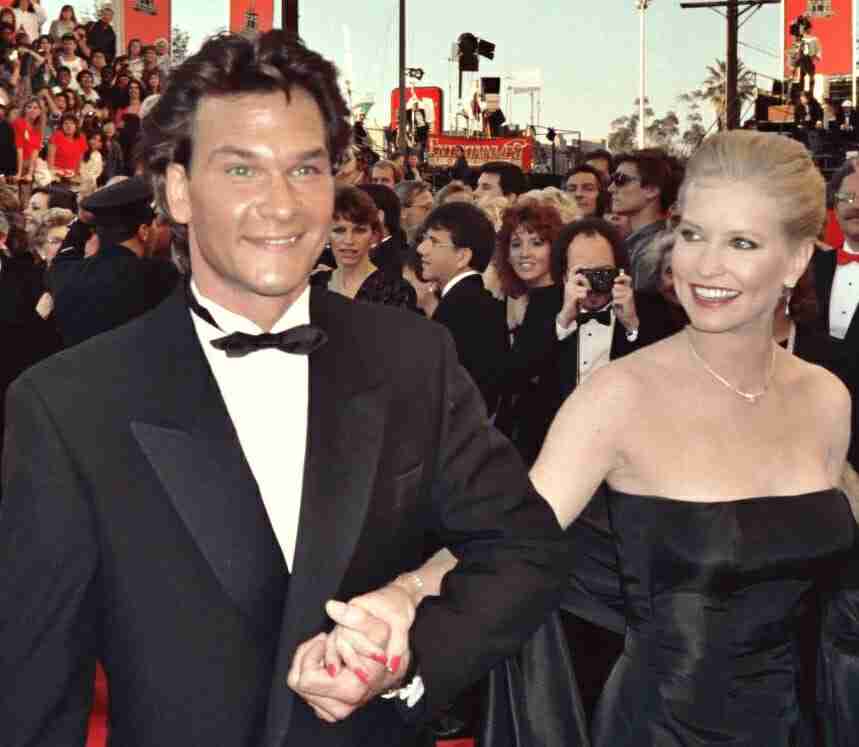 His widow did speak openly about her last minutes with Swayze over the years, including the final words he spoke to her before his untimely death.

Before he became well-known, she met Swayze. Four years before the actor’s on-screen debut, in 1975, they got married. When Niemi began taking dance classes from Swayze’s mother, they first ran into each other as teenagers.

“I was 14 years old when I first laid eyes on him,” Niemi wrote in her memoir Worth Fighting For. “Patrick was tanned, buff, had a dazzling smile, and had a reputation as a Casanova.”

But it would be some time before the soon-to-be happily married couple’s love began to bloom.

“If I started putting on a pose or doing my Casanova routine, Lisa would turn away and not say anything,” Swayze told People. “We had a lot of dates in silence.” 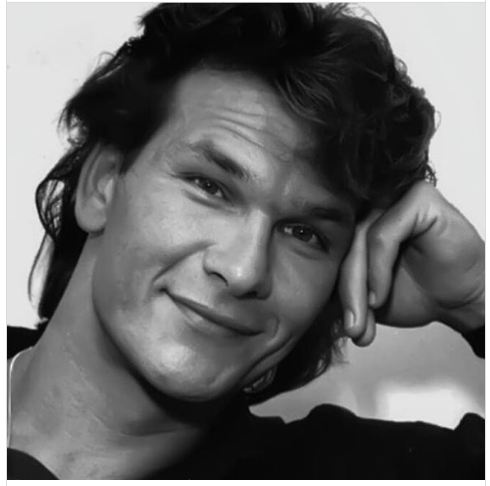 But as soon as they began dating, their relationship blossomed like a real-life version of Dirty Dancing. Patrick understood that he had to keep Lisa. She found that she liked him as time passed. And so they started dating rather quickly.

“The first time Buddy and I danced together was at a school exhibition,” Niemi recalled in the documentary, according to ET. “We walked out on stage… I looked into his eyes, and everything came alive.”

Throughout Swayze’s incredible success in Hollywood, the couple remained happily married. He was a sex symbol for women worldwide, and People Magazine named him the “Sexiest Man Alive,” but he stayed loyal to his wife.

“I knew she was the smartest chick I’d ever met.” [Before Lisa] I had been meeting girls with names like “Mimi” and “Angel.” “And for a long time, I didn’t feel like I deserved her,” Swayze explained.

The two married on June 12, 1975. Lisa and Patrick’s marriage stood apart in Hollywood, where many marriages ended in divorce. It was a fairytale relationship; only Lisa and Patrick didn’t have any children. 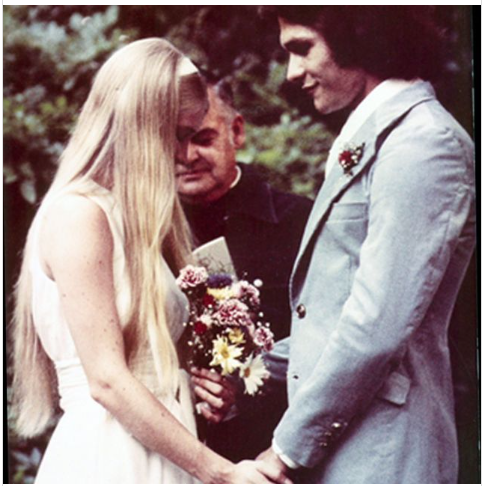 Swayze and Niemi had wanted to start a family since they married. When Lisa became pregnant, they were pleased. When she miscarried, their joy turned to worry.

“It broke his heart.” He wanted to be a dad more than anything. “He had skills, knowledge, kindness, and love—everything a child would want,” Swayze’s longtime friend and bodyguard Frank Whiteley said.

“I was born to be a dad,” Swayze said, according to Closer magazine.

Lisa realized she was getting too old to have a kid as the years passed. So Niemi asked her husband if he would consider adoption instead.

“I had been seeing an acupuncturist for a long time, and then suddenly I was too old,” Lisa revealed in the Paramount Network documentary, “I Am Patrick Swayze,” in August 2019. She continued:

“I probably should have been better informed about how to go about it, but I may have wasted some time anyway.” But you know, I said, “You know, how would you feel about adopting?” He got very teary-eyed, and he said, ‘I want to have children with you.'”

“Patrick very much wanted to be a father because I think he wanted to be as good a father to his child as his dad had been to him,” his manager, Kate Edwards, later said in the documentary. 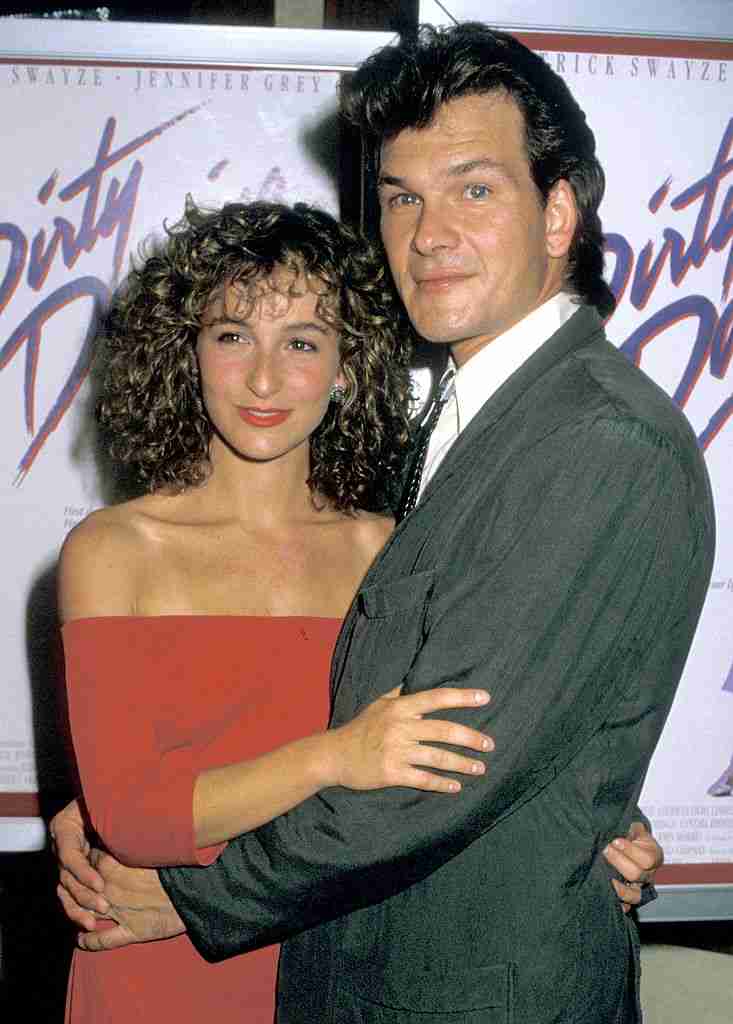 Don Swayze, Patrick’s brother, also shared some heartbreaking insight into the actor’s deep desire to be a father.

“You could tell he would have been a great dad. Just as an uncle, you could see it; you could see what an amazing dad he would be,” Don revealed. “… He would have never wanted Lisa to feel bad for having miscarriages, but it crushed him, so they tried.

Of course, the fact that Patrick Swayze never became a father was a big setback for him. However, his career flourished, and Patrick Swayze and Lisa Niemi felt their love for each other to be the most important thing.

Tragically, their narrative would end in sadness. The pair received tragic news after 30 years of marriage when Swayze was diagnosed with stage IV pancreatic cancer.

Despite the dire diagnosis, Swayze fought it for a long time, even working on the set. His wife was by his side the entire time:

But by September 2009, it was clear that Swayze wouldn’t live much longer. Dr. George A. Fisher treated Swayze, a lifetime heavy smoker, at Stanford University.

After a while, he became too weak to continue chemo.

“I had to let go, or it would have shredded my heart,” Niemi wrote, continuing:

“As it was, my heart was shredded anyway. I felt as if I had failed. The only way to bear it was to remind myself that this wasn’t about me. It was about our love. I had to let go.” 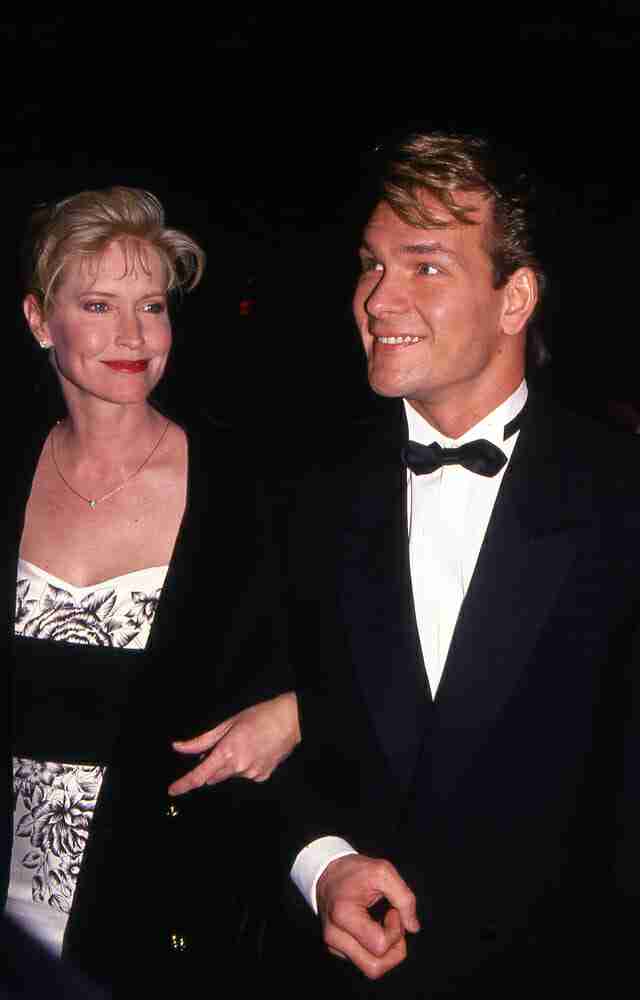 Niemi was with her husband in his last hours, and she remembers the last words they spoke:

“I lay back at Buddy’s side. I held his hand and felt his pulse again. And then he didn’t breathe anymore.”

Swayze passed away on September 14, 2009. Fans worldwide lamented his passing, but no one could miss him more than his beloved wife. Patrick left behind a handwritten love letter to his wife after his death.

Soon later, ABC’s “Good Morning America” aired an audio recording in which Swayze reads parts of the letter to Lisa.

“How grateful I am that you chose to love me,” the actor wrote.

“I know that because of you, I’ve found my spirit. I saw the man I wanted to be,” Swayze continued in the audio clip of the book and added: “You are my woman, my lover, my mate, and my lady.” “I loved you forever, I love you now, and I will love you forever more.” 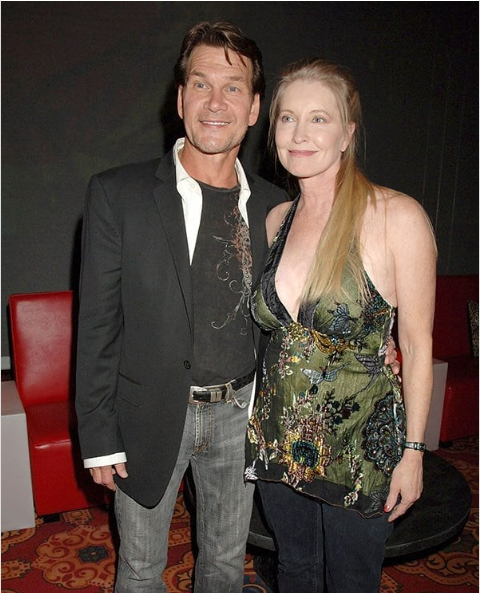 Patrick Swayze, cause of death

Many believed that Swayze died as a result of his smoking habit. Swayze continued to work and smoke while seeking cancer treatment.

“I’ve seriously cut down,” Patrick told Barbara Walters. “I was one of those dumb ones that started back in the Marlborough Man days whose — you know, it was cool. I’m a cowboy. But I’ll tell you one thing: I will speak strongly against smoking among children.” That’s one reason I’ve never smoked in front of children.” 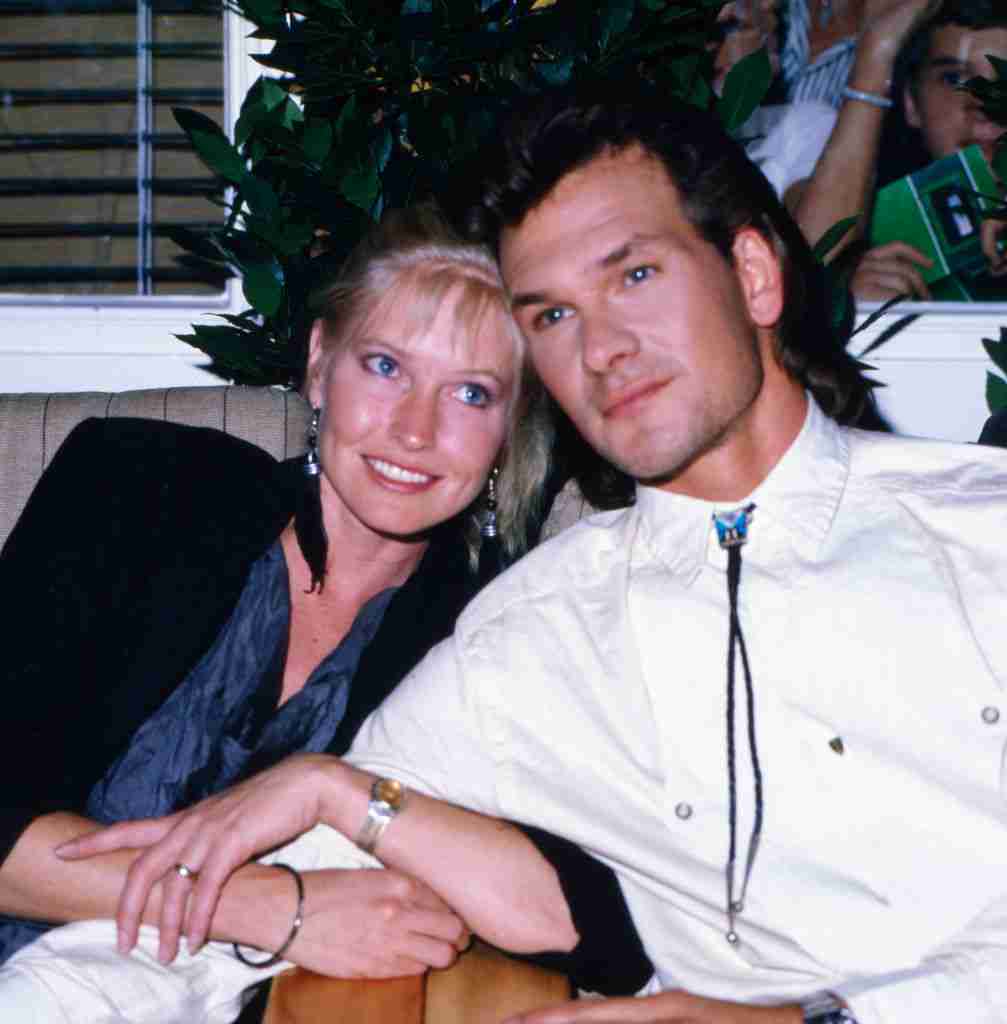 The American actor, singer, and dancer Patrick Swayze poses for some portrait shots with his wife, Lisa Niemi, circa the 1980s. (Photo by Helmut Reiss/United Archives via Getty Images)

However, his doctor stated that this was not the case. Instead, he saw it as “quite an accomplishment” that Swayze could live with the ailment for up to two years.

“I think at the point that one is already diagnosed with cancer, there’s little additional harm in it,” Dr. Fisher said. “And if it seems to provide him some comfort or partly identity of who he is, I certainly have no objections to that.”

Patrick gave his mother a house and sent her a monthly allowance before his death, which his wife Lisa continued to do. He also left his wife a $40 million fortune.