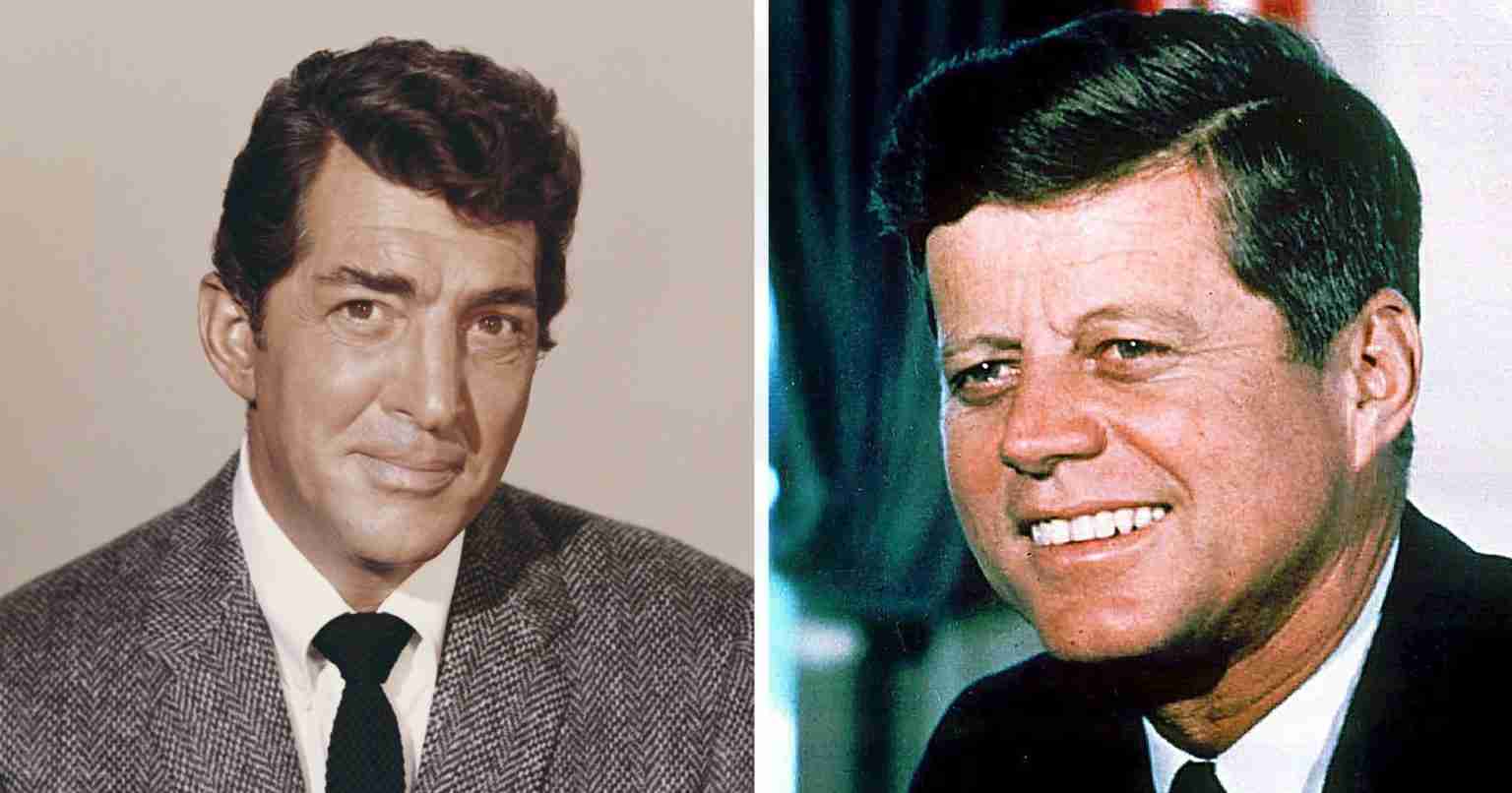 A titan among titans, king of coolness

Dean Martin has been my favorite crooner for many years.

Dean was a great singer and performer and a hilarious person. His talent was unmatched.

Even though I am a big fan of this famous man, I was surprised when his daughter Deana decided to confirm rumors about her famous father. 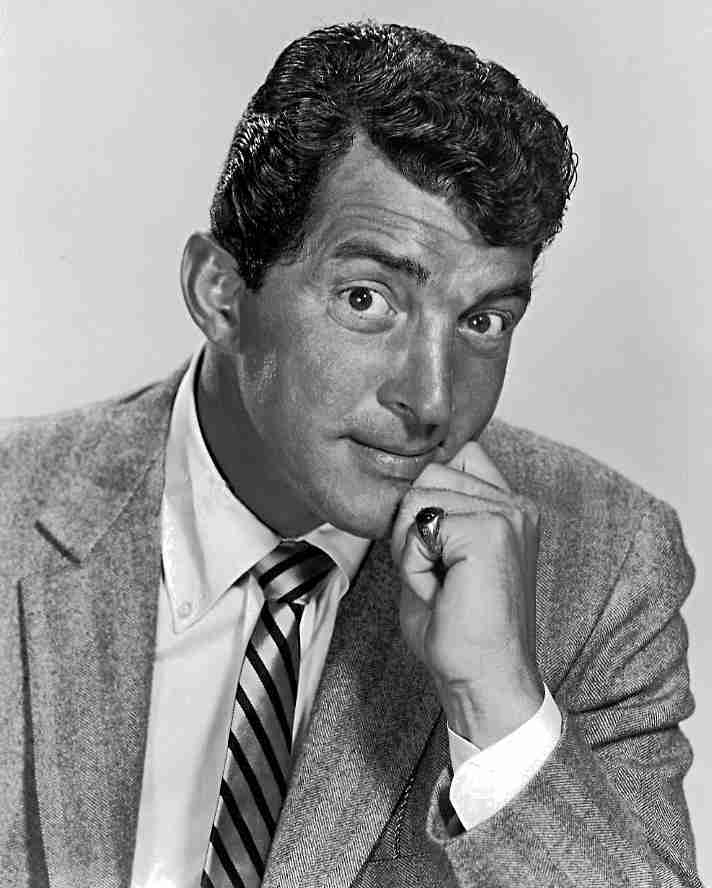 His parents’ Italian heritage left a lasting impression on Dean Martin’s early years. In Steubenville, Ohio, he spent his early life as Dino Crocetti. The Father of Dean was an Italian barber who was born. His mother was Italian-American and worked as a cook and seamstress.

Dean’s mother tongue was Italian, and he couldn’t speak English until he began school at five, which was a major weakness. Although Dean quickly picked up the language, his strong Italian accent caused him to face bullying at school. 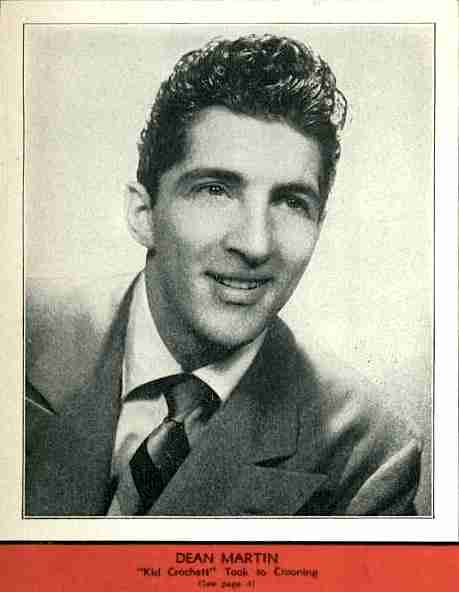 At the end of the eleventh grade, he dropped out and started working as a millhand. The young man then started a career as a boxer after working as a gas station attendant. Under the ring name “Kid Crochet,” he had a successful career as a prizefighter. It appears that he participated in 36 fights, winning 25 of them.

However, thanks to the discovery that Dean could sing, he soon found himself singing in nightclubs all over the country.

Dean would meet the legendary Jerry Lewis during one of his performances in Atlantic City, New Jersey. Lewis was a funny man who would change Dean’s life.

During a magical ten-year period, the pair decided to work together and created an incredibly successful comedy team. Martin and Lewis made 17 movies together and were often on “The Colgate Comedy Hour,” one of the most popular TV shows in the early days of TV. 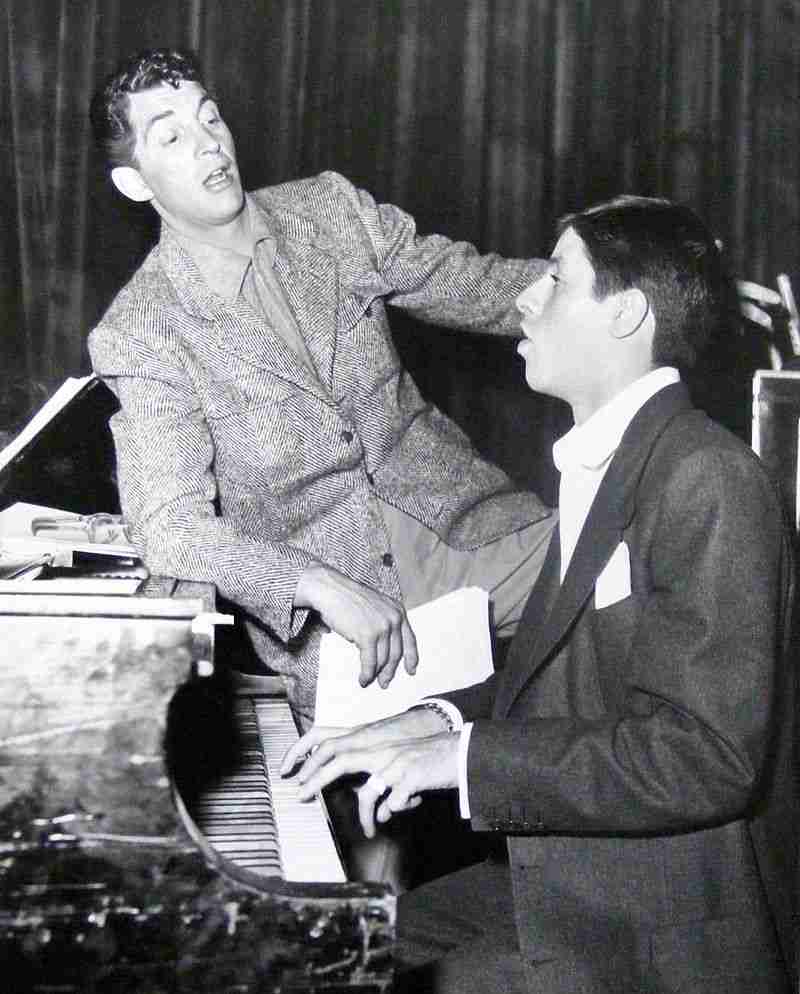 Lewis and Martin were a unique team in many ways. They both had tons of talent to start with. However, they were also close friends in private, which elevated their shows and movies to a new level. It’s difficult to describe how famous Martin and Lewis were; they were a ground-breaking comedy team.

Why did Dean Martin and Jerry Lewis split up?

Martin and Lewis were the hottest thing in Hollywood and the highest-paid entertainers. However, after ten years together, the couple split.

The breakup was painful, and the former friends didn’t speak privately to each other for 20 years. There has been much speculation as to why their collaboration ended so abruptly, but the truth is that Martin and Lewis split up for various reasons. 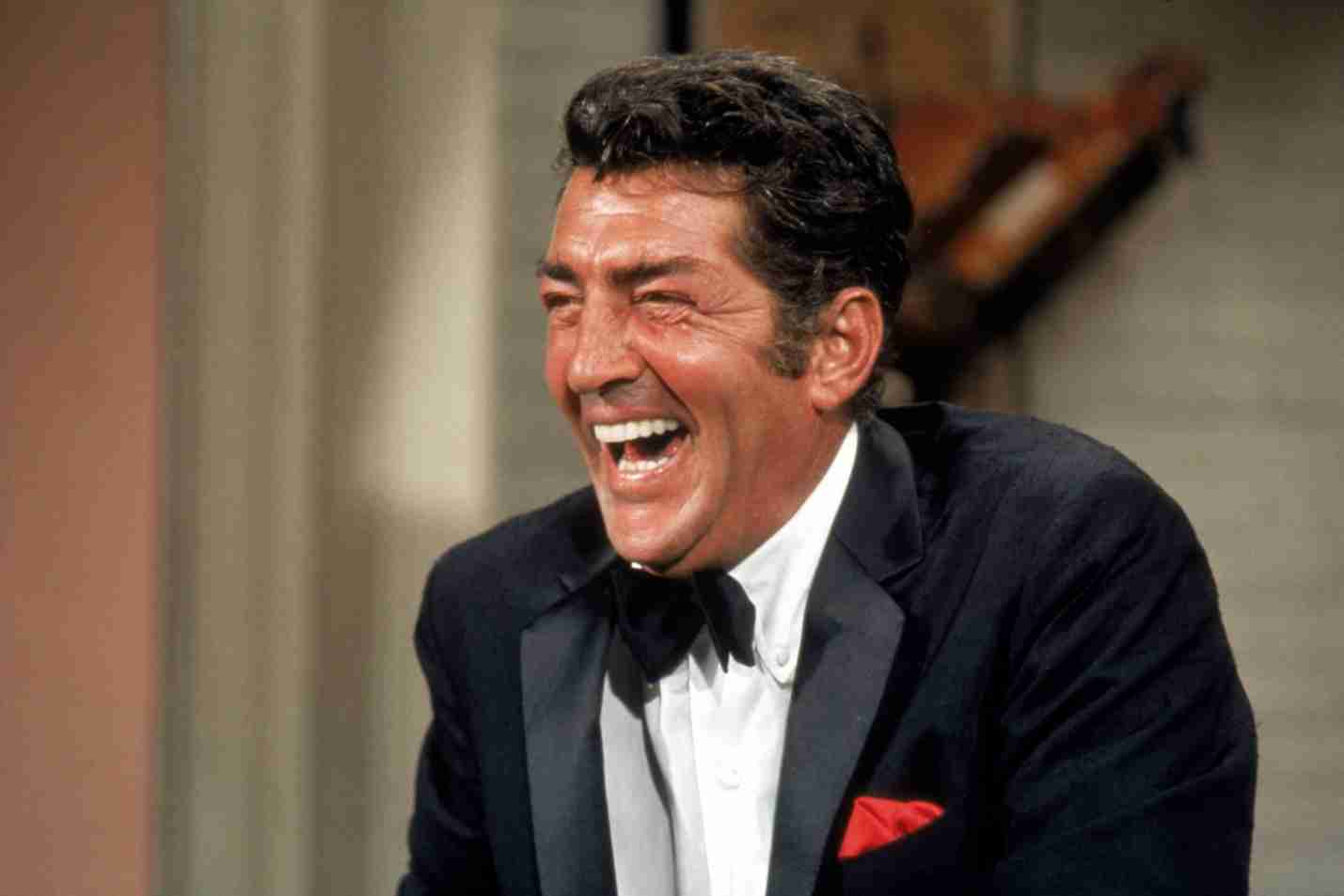 The most common explanation is that the two comedians hold opposing views on work ethic. Jerry Lewis was often described as a workaholic because he was energetic and constantly wanted to make more movies, shows, and live performances. Although Dean worked a lot, he had a more relaxed attitude toward the whole thing. Dean made time to play golf (he was a scratch golfer at one point) and spent time with his family.

He was also tired of being confined to romantic leads.

There was a general perception that Jerry Lewis was the “real star,” and some just saw Dean as the “fifth wheel.” When Look magazine asked Martin and Lewis to pose for their cover in 1954, it certainly fueled that idea. Martin was cropped out of the photo when it was published. 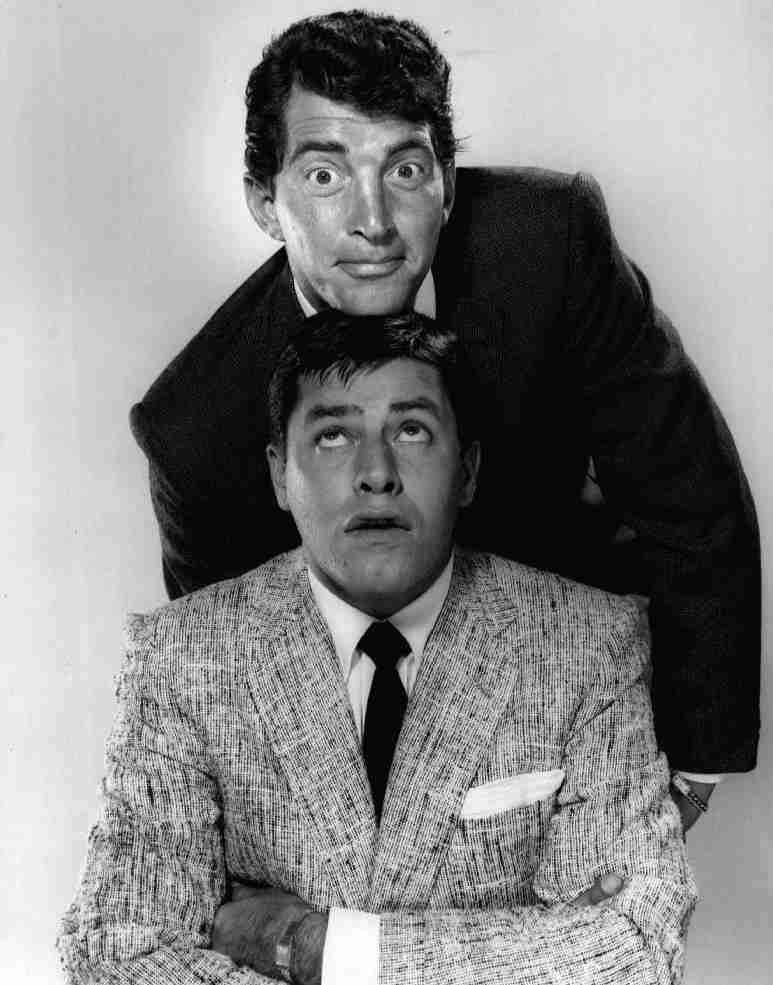 The arguments between the two were getting more heated as Martin felt let down. They were eventually unable to continue their collaborative work. Martin once told Lewis that he was “nothing to me but a dollar sign.”

In later years, Lewis would express his dissatisfaction with how everything came to a close. Lewis had tormented himself for the rest of his life over the fact that they had not spoken for 20 years.

“The stupidity of that, I cannot expound on.” “The ignorance of that is something I hope I’ll always forget,” Lewis said.

Frank Sinatra arranged an emotional surprise for the 1976 Jerry Lewis MDA Labor Day Telethon. Sinatra, a regular telethon participant, had secretly invited Dean Martin and introduced him to Lewis by saying: “I have a friend who loves what you do every year.”

It was truly epic when the former friends hugged and talked to each other for the first time since their split in 1956. Around 85 million American viewers were left with a historic television moment, which you can relive in the video below:

Martin and Lewis talked every day after their reunion in 1976.

Deana Martin, Dean Martin’s daughter, has revealed more information about her father and mother’s relationship since their reconciliation. Deana has recently given several interviews to preserve Dean’s legacy.

“They kept in touch with each other.” Jerry just loved my dad, and my dad loved Jerry. Jerry would have liked to have been closed after that, but my dad was… if he wasn’t working, he was playing golf,” Deana Martin told Fox News in 2019.

Dean Martin was a beautiful man and a wonderful singer, but few people saw the honest Dean Martin.

First and foremost, Dean adored and valued his family above all else. He married three times and had seven children, plus one stepdaughter.

Deana Martin, one of his daughters, has recently revealed many secrets from Dean’s life, including details confirming some rumors surrounding her well-known father over the years. 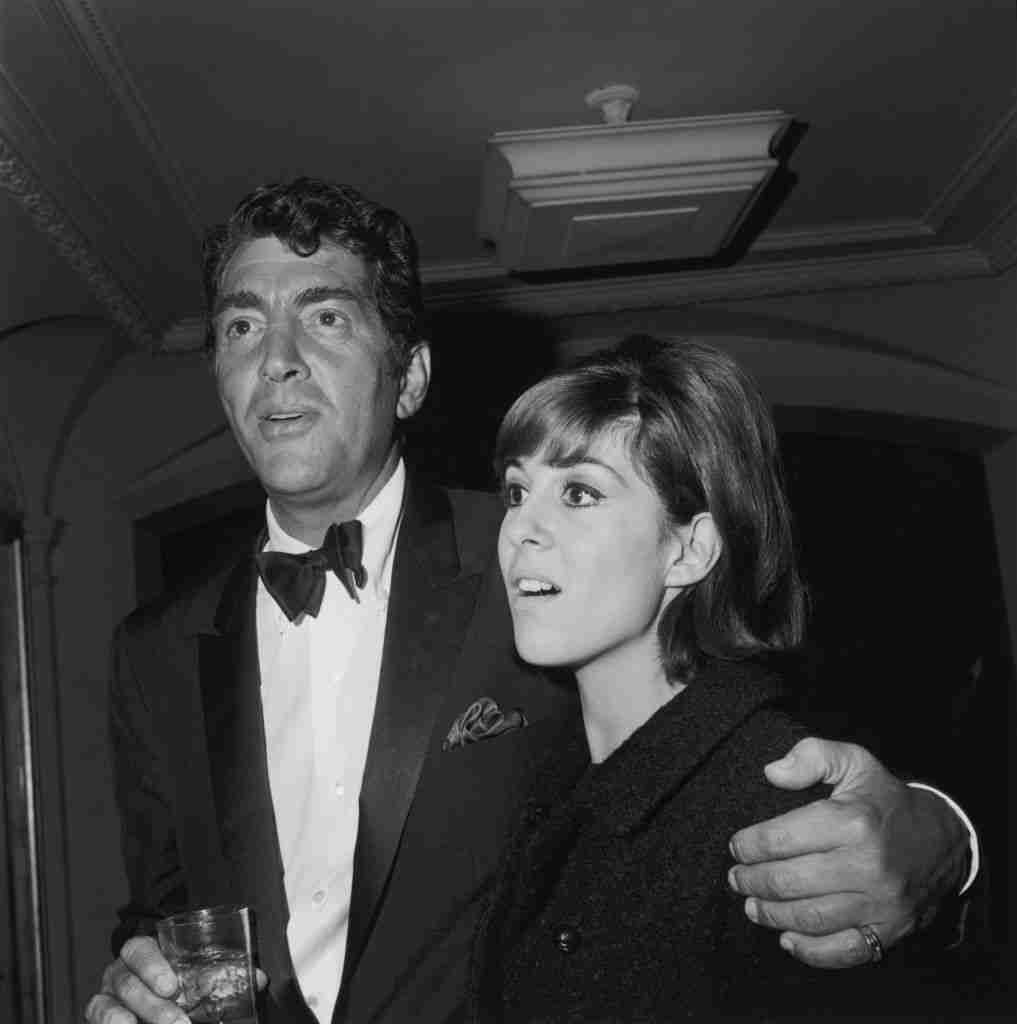 Dean Martin with his arm around his daughter, Deana 1965. (Getty Images)


According to Deana, her father was far from that relaxed, calm person who mesmerized the audience. He was very strict at home.

“He was an Italian father,” she said with a laugh. “He would go, ‘These are the rules. You make your bed in the morning, clean up, come home after school, do your homework, and are on time for dinner. And this is it. If you don’t want to live by those rules, there’s the door.’ I would go, ‘Dad, I’m 9!” He’d say, “Come on!” Rules are rules! “We never wanted to do anything to disappoint him,” Deana told Fox in 2017. 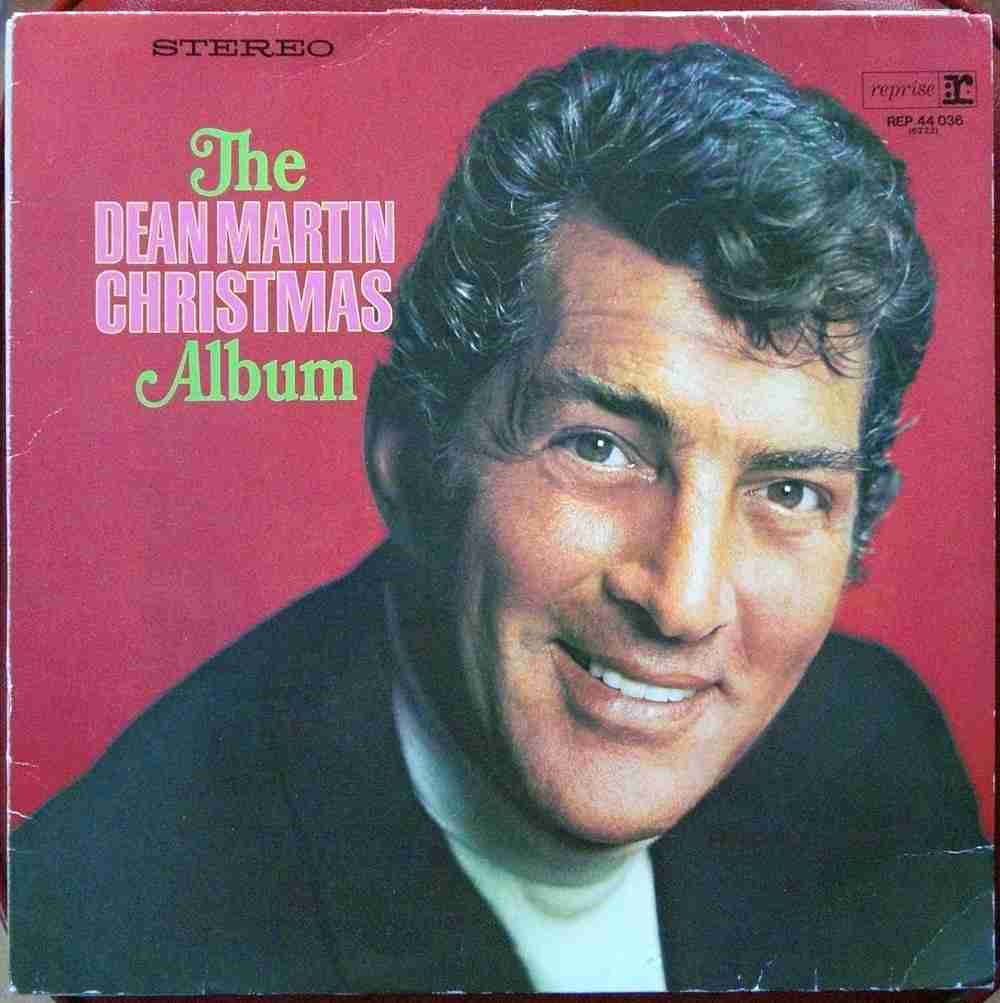 Because Dean was so closely associated with his on-stage persona and shtick, there are many misconceptions about how private he was.

“He would be home for dinner every night,” Deana said to the Los Angeles Times. “He would come home, and he and mom would have their one cocktail at the bar.” He was kind. He was so different from what everybody thought he was. “No one could do Dean Martin better than Dean Martin.”

To some extent, Dean Martin was a ladies’ man, but calling him a womanizer is far from accurate. Unlike other Rat Pack members such as Frank Sinatra and Sammy Davis Jr, Dean was a traditional family man.

“Dean had a persona of that being bigger than life and being a womanizer and a skirt chaser, which he was not. “He was just a sweetheart of a guy,” Patti Gribow, who worked with Dean in the ’70s and ’80s as a backup singer and dancer, told Desert Sun.

Deana Martin, who pursued a career as a singer, actor, and performer in her father’s footsteps, claims that her father wasn’t a heavy drinker. 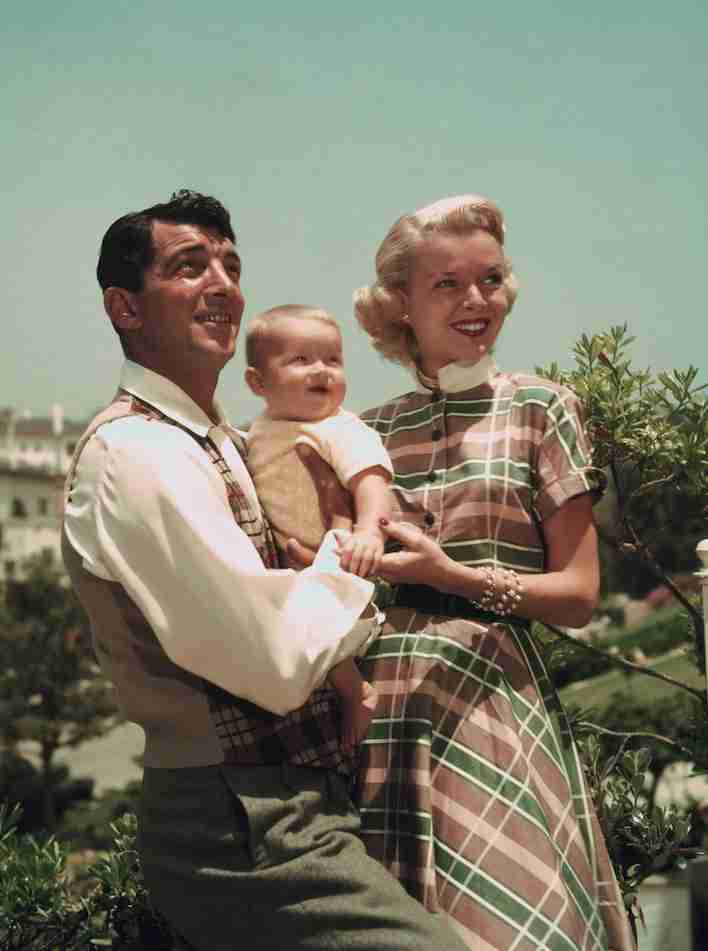 However, there is one old Dean Rumor that is true. Deana revealed in 2017 that her father had a nose job before becoming famous. He also made certain to repay the unknown donor who gave him cash for the surgery to narrow his nose.

“He did have one.” I have pictures!” Deana said.

Unlike many Hollywood stars, Dean never let his celebrity get the best of him, according to his daughter. The easygoing crooner was the same whether he met the Queen or went to the butcher shop. 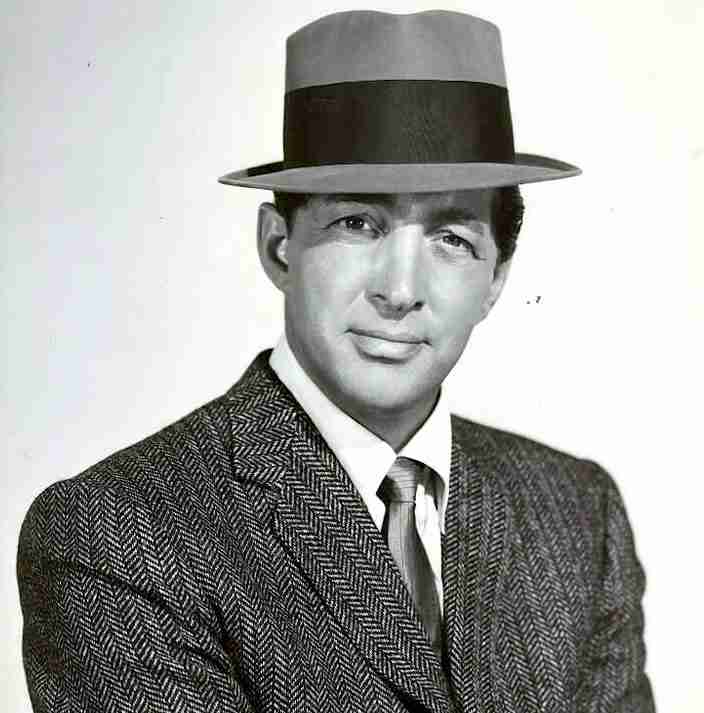 When other megastars came close to Dean Martin, they acted like small children. Elvis Presley was one of them.

“Elvis (Presley) idolized my dad. I remembered meeting Elvis, and he was the one who told me my dad was the king of cool. “I’ll never forget that,” Deana said.

Lewis and the legendary singer last reunited on Lewis’ 72nd birthday in 1991 when the singer gave his final performance in Las Vegas. Dean was diagnosed with lung cancer in 1992, and despite needing surgery to extend his life, he refused to have it. 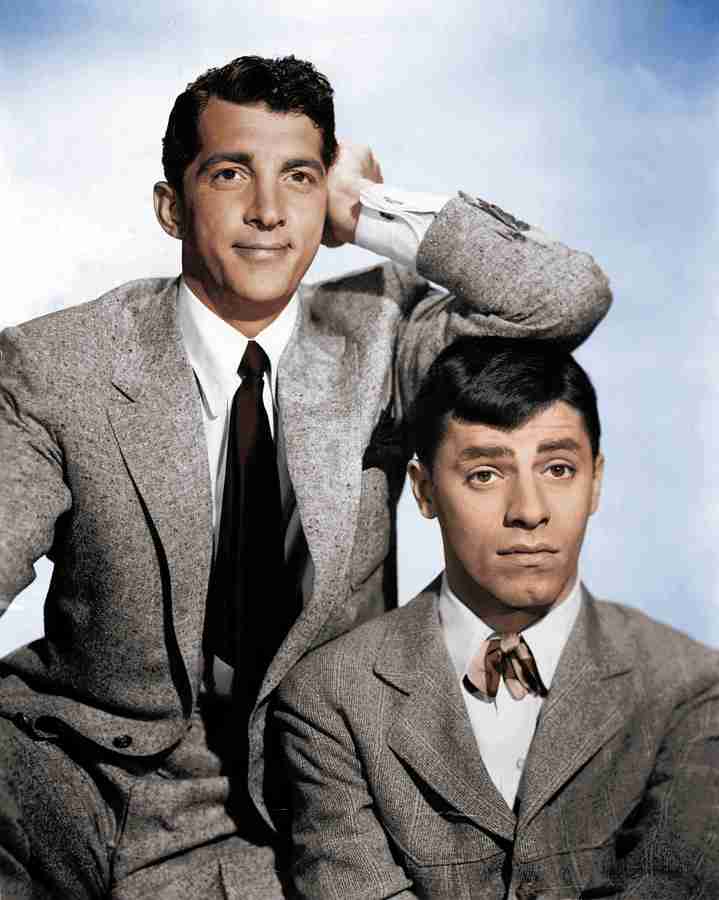 Christmas Day in 1995 saw the demise of Dean Martin, who was 78 years old.

Several people lamented the icon’s passing. In his honor, lowering the lights on the Las Vegas Strip proved this.

His close friend Frank Sinatra was devastated by the news.

“Dean has been like the air I breathe, always there, always close by.” “He was my brother not through blood but through choice,” Sinatra said.

The comedian said he just wanted to be remembered as “a damn good entertainer, nothing spectacular.” He was a skilled performer who made people laugh and smile. I want them to reflect, “He was a nice guy.” “He did pretty well, and we loved him.” 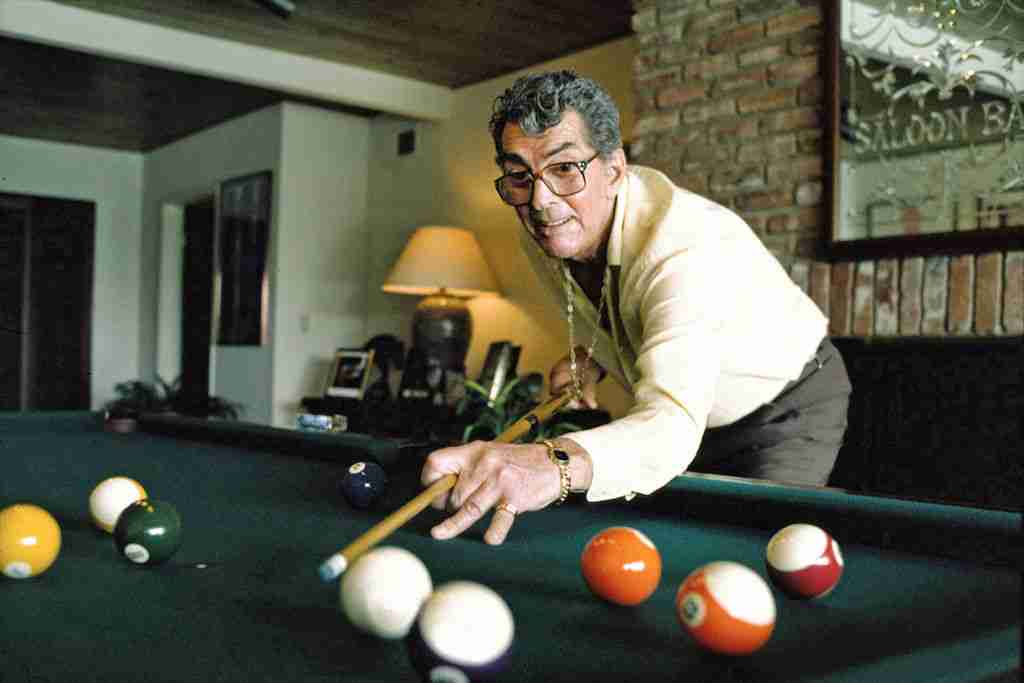 Dean Martin playing pool in the lounge of his Beverly Hills, California home in June 1987. (Photo by Eddie Sanderson/Getty Images).

And I think that pretty much sums it up. When I look at today’s “stars,” I see none of the class and talent that Martin and Lewis possessed.

Dean was a fantastic actor and entertainer. He could sing songs that made the hair on the back of my neck stand up. His voice was one-of-a-kind, and no one can or will ever match it! Thank you for all of your memories.

Mom of 5 Feeds 3 Lonely Boys She Found, ‘Are You Our Mommy Now?’ They Ask Her

After caring for the infant for five years, a Texas college student, 27, who discovered the newborn boy in a trash can and coated...